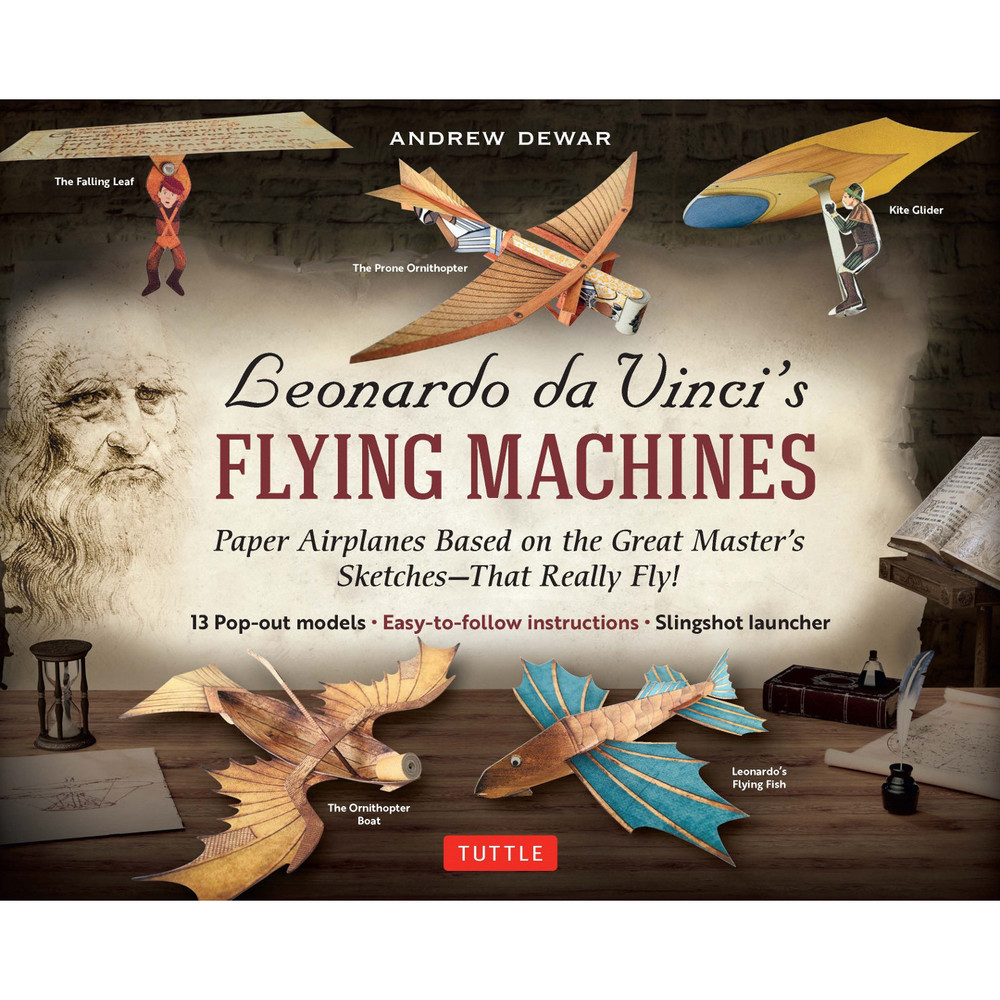 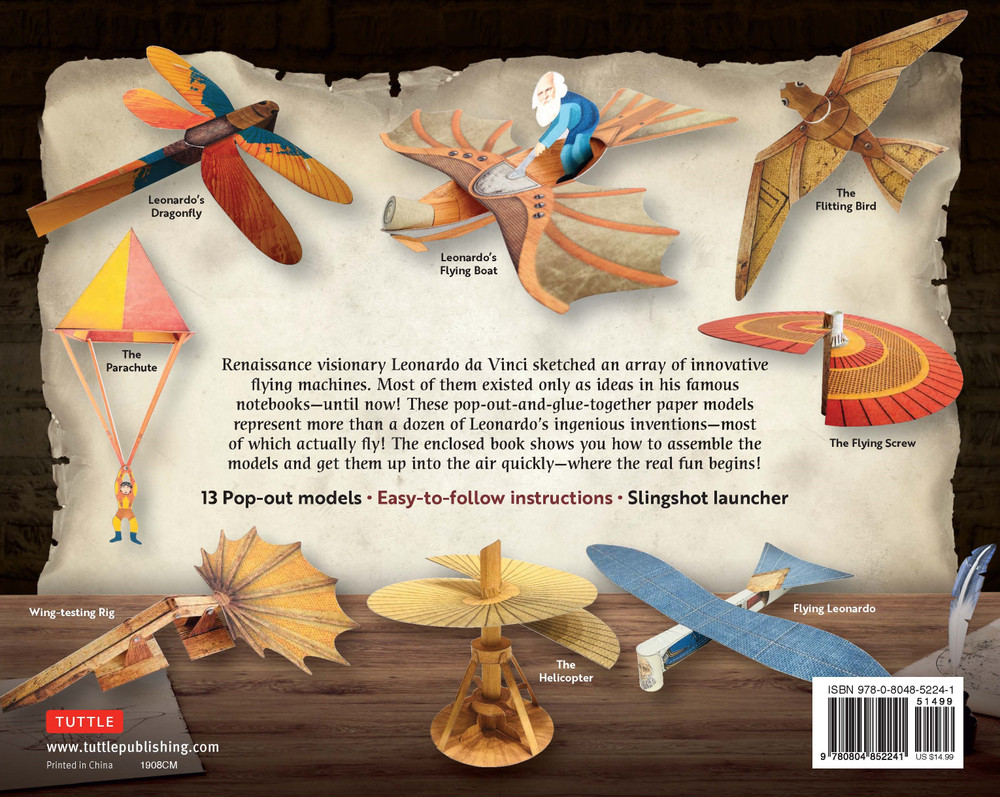 Visionary Renaissance genius Leonardo da Vinci designed and sketched many inventions that were centuries ahead of their time. He was obsessed with flight theory and aerodynamics, so many of his drawings were of innovative flying machines--most of which were never built during his lifetime. They existed only as ideas in da Vinci's fertile imagination and as sketches in his famous notebooks--until now!

This remarkable new collection of paper plane models by renowned paper artist Andrew Dewar presents replicas of 13 of Leonardo's most famous aviation inventions--most of which actually fly! Each realistic model provides insights into the incredible mind of Leonardo da Vinci, and the detailed instructions, colorful diagrams and sturdy pop-out paper pieces make it easy to get the planes up into the air quickly--where the real fun begins!

This kit is dedicated to da Vinci's remarkable life and amazing foresight in envisioning a world where flying machines are commonplace.

This kit includes:
11 of the models really fly! They include:
Plus, 2 bonus display replicas:


About the Author:
Andrew Dewar was born in Toronto, Ontario, and graduated from Ryerson Polytechnic Institute (B.A. Journalism) and University of Toronto (M.A. Japanese Studies, Library and Information Science) before moving to Japan in 1988. After completing doctoral studies in library science at Keio University, he joined the faculty of a junior college in Japan. Soon after arriving in Japan he rediscovered his childhood love of assembling paper crafts, folding origami and designing and flying paper airplanes. His passion for paper airplanes led him to become president of the Fukushima Paper Airplane Club. Dewar has published over 40 paper crafting books and kits, including Ultimate Paper Airplanes for Kids, High-Performance Paper Airplanes Kit, One Minute Paper Airplanes Kit and Record Breaking Paper Airplanes Kit. He also teaches paper airplane workshops and does seminars at schools, libraries, community centers and museums. He lived and taught library science in Fukushima, Japan, until the giant earthquake and nuclear accident in March 2011, when the city became unsafe. After a brief stay in Canada, he's returned with his family to Gifu, Japan.