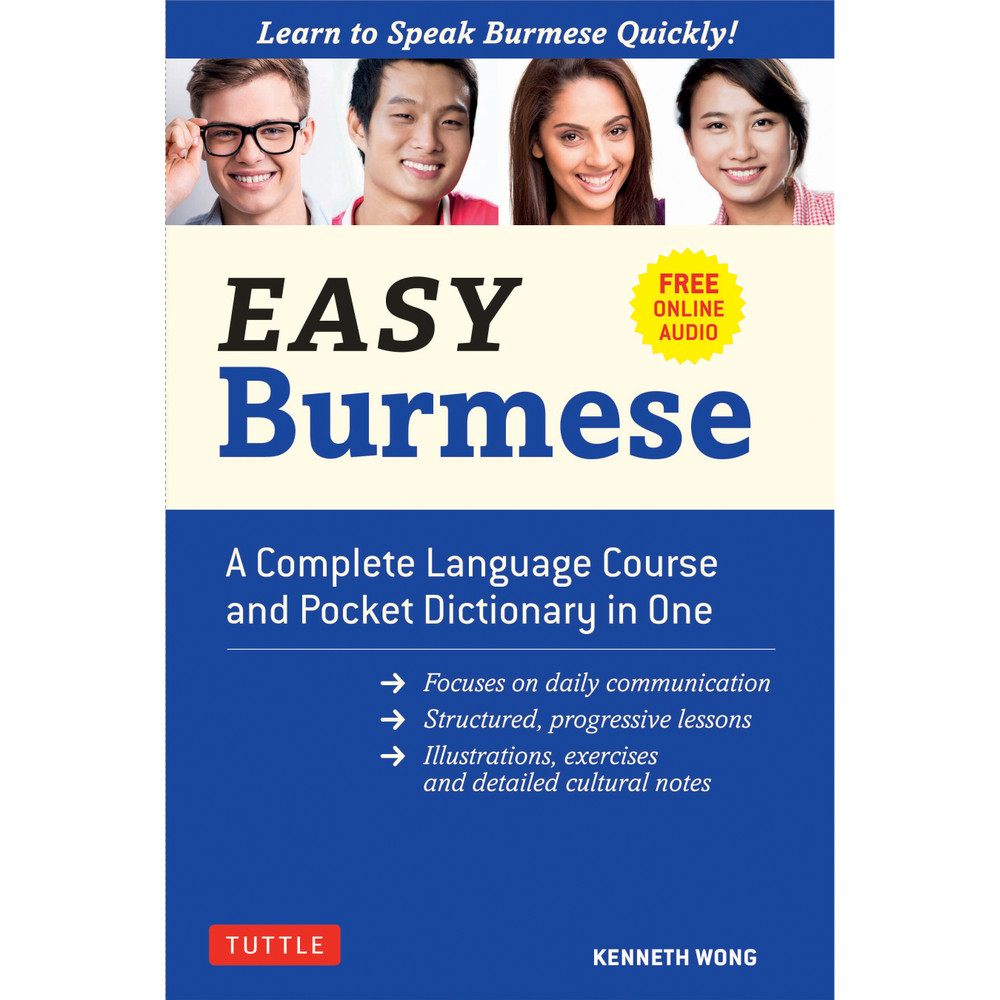 Start reading Easy Burmese on the way to the airport and begin communicating as soon as you land!

Specially designed for beginning learners who have no prior knowledge of the language, Easy Burmese is fully romanized throughout and focused on conversational rather than written Burmese.

For a fraction of the cost of expensive language products, this book introduces all the basics of the language with an emphasis on practical daily conversations and vocabulary.

A complete language course and pocket dictionary in one, Easy Burmese includes:Kenneth Wong, a translator, author, and native Burmese speaker who emigrated to the United States, is the ideal guide for travelers who want to master spoken Burmese—fast.


About the Author:
Born and raised in Rangoon (Yangon), Burma (Myanmar), Kenneth Wong studied English at Rangoon University in the 1980s and bore witness to one of the seminal events of his generation—the 1988 student-led uprising against the country's military regime. He immigrated to the U.S. in 1989.

Wong is the author of A Prayer for Burma, a travelogue and memoir about growing up under military rule. His short stories, articles, and essays have appeared in Myanmar Times, Irrawaddy, San Francisco Chronicle, AGNI, and Grain magazines, among others. He discusses, translates, and shares the rich literary tradition of his homeland in his blog. He has contributed Burmese poetry translations to Eleven Eleven and Wolf magazines and is the author of Survival Burmese.