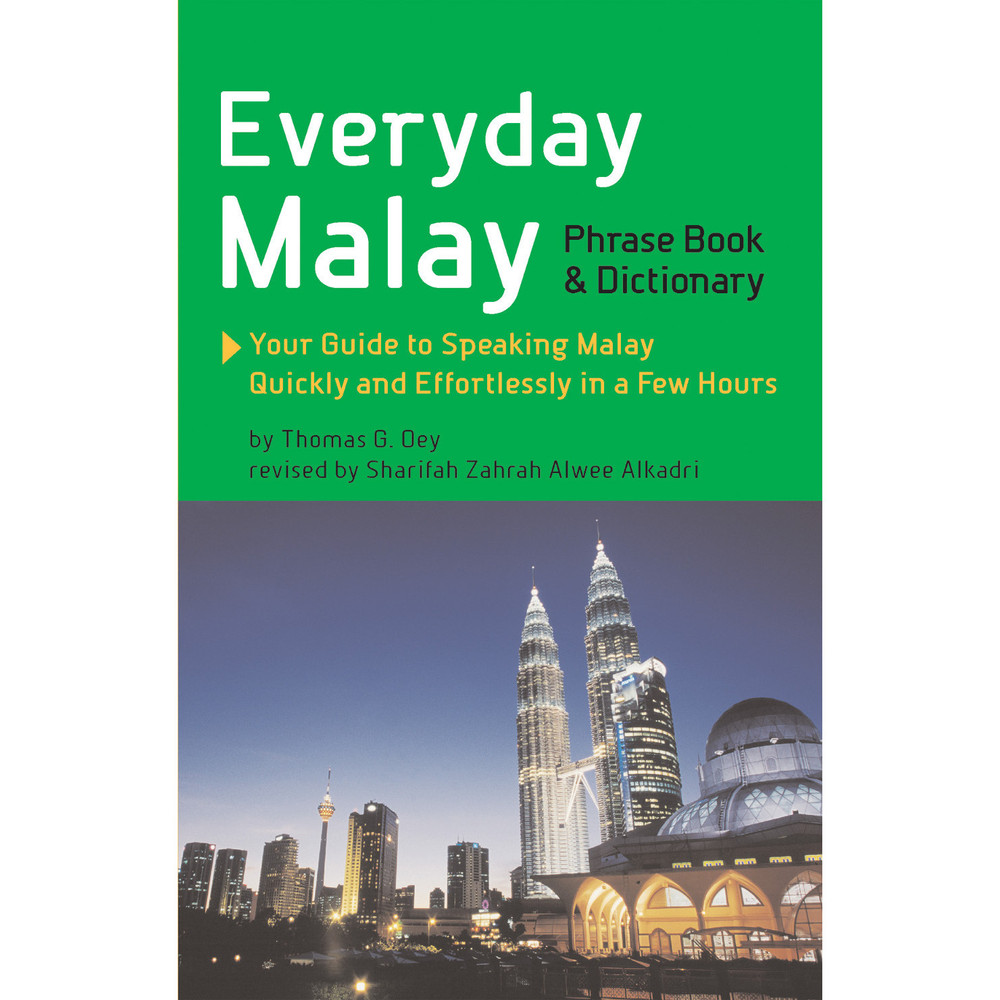 Bahasa Malaysia (literally "the Malaysian language") is based on Malay which is the mother tongue of the Malays of the Peninsula and the people of central eastern Sumatra. Malay is closely related to languages throughout Indonesia, the Philippines and the Pacific Islands, and it has been for centuries the lingua franca of Southeast Asia. The lessons in this book are prioritized, with more important words and phrases being give first, so that you may profit no matter how deeply into the book you go. By studying the first section only, you acquire a basic "survival" Bahasa Malaysia, and by mastering the first three sections you should be able to get around quite well on your own. In order to present each lesson clearly as a unit and reinforce learning, Malay vocabulary is often repeated. Colloquial Malay, which is the most commonly spoken and the most readily understood form of the language, is used here rather than "formal" Bahasa Malaysia. Care has been taken to include only vocabulary that has immediate practical application for visitors. By repetition and memorization of the materials, you will quickly gain a grasp of the language's basic elements. Rather than include long and tedious lists of words and phrases in the lessons themselves, we have appended at the back of the book a miniature bilingual dictionary that should be adequate for the needs of most tourists. At the end of the book you will also find additional information on the use of verb and noun affixes, and further suggestions to learn Malay. Everyday Malay includes:Knowing a few simple phrases of Malay opens up an entirely new and more fulfilling travel experience. Malaysians love it if you can communicate in their language, and in only a few short hours this book allows you to do just that!