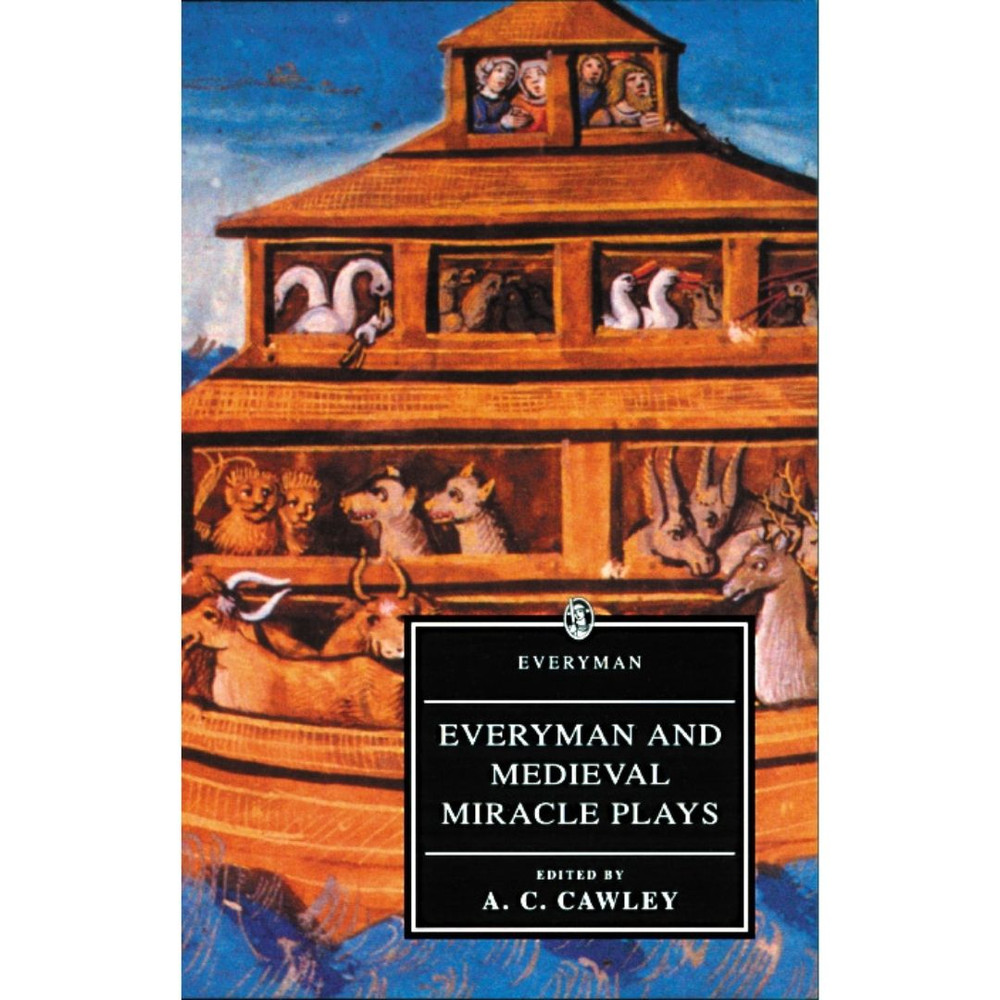 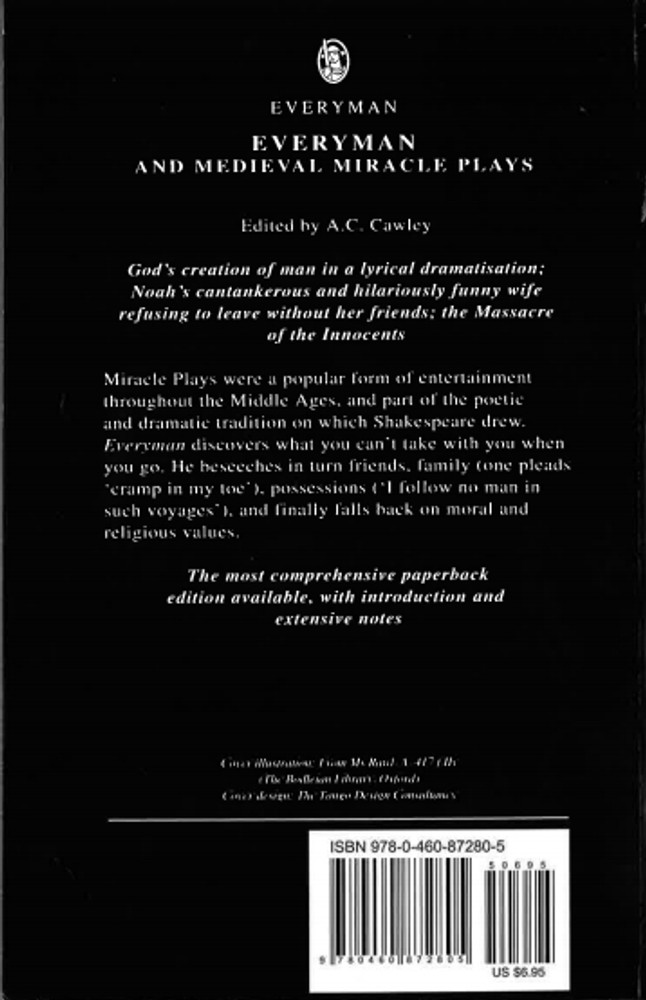 God's creations of man in a lyrical dramatization; Noah's cantankerous and hilariously funny wife refusing to leave without her friends; the Massacre of the Innocents

Miracle Plays were a popular form of entertainment throughout the Middle Ages, and part of the poetic and dramatic tradition on which Shakespeare drew. Everyman discovers what you can't take with you when you go. He beseeches in turn friends, family (one pleads 'cramp in my toe'), possessions ('I follow no man in such voyages'), and finally falls back on moral and religious values.

This is the most comprehensive paperback edition available and includes an introduction and extensive notes.


About the Author:
A.C. Cawley (1913-1993) was a professor of English and Medieval English Literature. He graduated from University College London in 1934 before attending Harvard on a Commonwealth Fellowship in 1938. He taught at institutions around the world, from Egypt and Iceland to Australia and the UK. He is a well-known Medievalist, having commentated and edited numerous works, including this one, The Canterbury Tales and The Wakefield Mystery Plays.