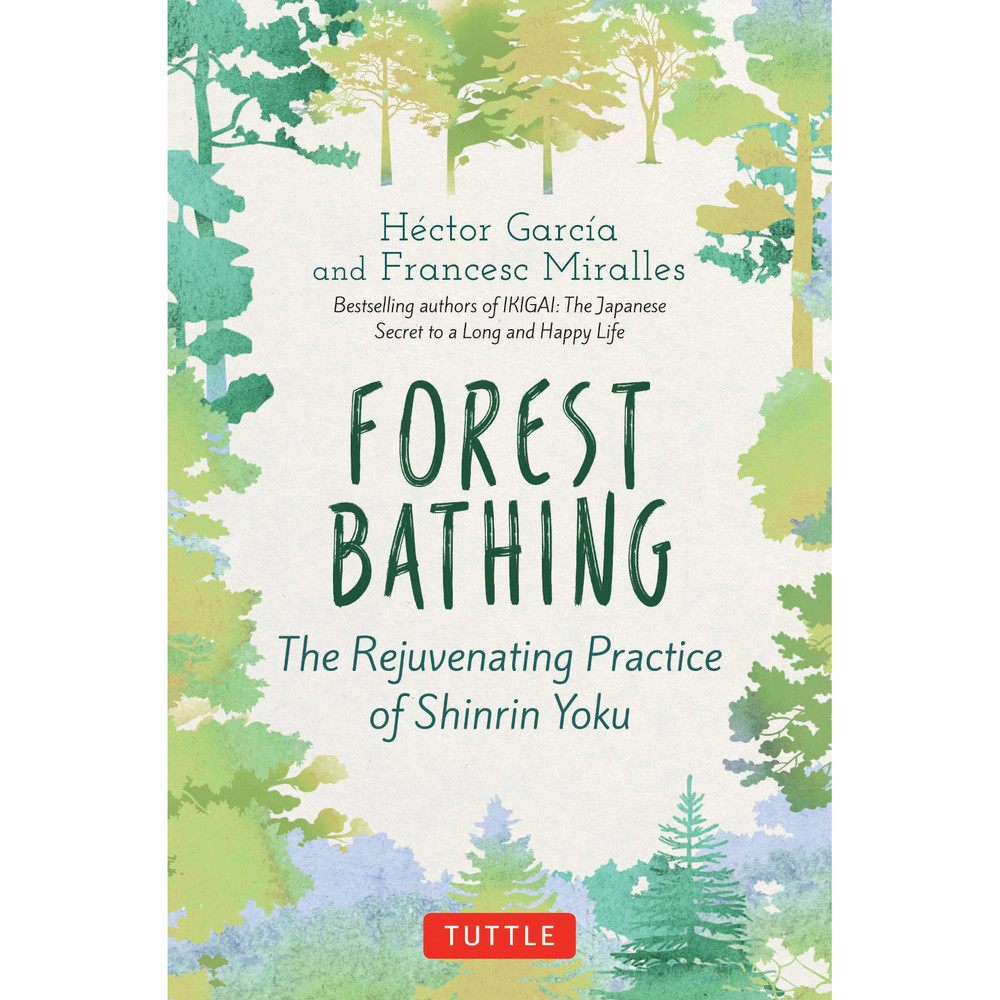 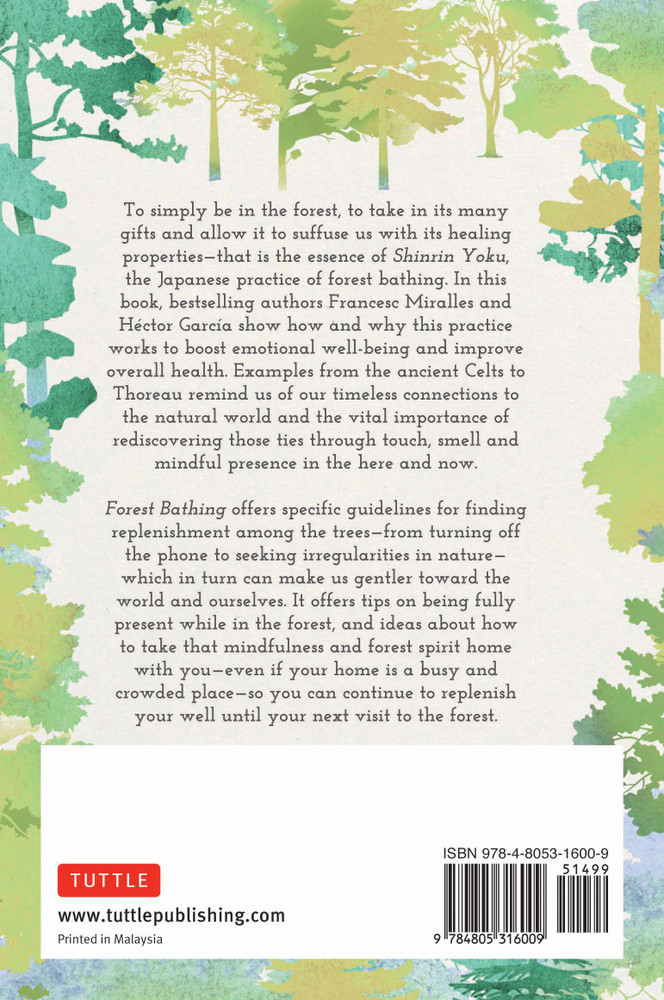 This book offers guidelines for finding peace and replenishment in any space --from turning off your phone to seeking the irregularities in nature, which in turn can make us less critical of ourselves. It offers tips not only on being fully present and mindful while in the forest, but also on how to tap into that mindfulness at home--even if home is the busiest and most crowded of cities.

Forest Bathing explains the traditional Japanese concepts that help readers understand and share in the benefits of the Japanese approach to forest bathing--a cornerstone of healing and health care in Japan. These concepts include:
From the healing properties of phytoncides (self-protective compounds emitted by plants) to the ways we can benefit from what forest spaces can teach us, this book discusses the history, science and philosophy behind this age-old therapeutic practice. Examples from the ancient Celts to Henry David Thoreau remind us of the ties between humankind and the natural world--ties that have become more and more elusive to Westerners.


About the Author:
Francesc Miralles is a lecturer and award-winning author of bestselling books in the area of mind-body-spirit. Born in Barcelona, he studied journalism, English literature and German philology, and has worked as a translator, editor, art therapist and musician. His novel Love in Lowercase has been translated into 28 languages. Along with Hector Garcia, he is the author of the bestselling Ikigai: the Japanese Secret to a Long and Happy Life.

Hector Garcia was born in Spain and worked at CERN in Switzerland before moving to Japan, his home of more than 15 years. In Japan he developed voice recognition software and the technology for young Silicon Valley companies to enter the Japanese market. His popular blog kirainet.com led to his internationally successful book A Geek In Japan. Along with Francesc Miralles, he is the author of the bestselling Ikigai: the Japanese Secret to a Long and Happy Life.

Kymm Coveney was born in Boston, earned a BA in Modern English and Spanish Literature (Wheaton College, Massachusetts) in 1981, and has lived in Spain since the 1982 World Cup. Co-host of Barcelona's multilingual poetry recital series, PoemameBCN, she is a freelance writer and translator, as well as habitual translation slam moderator for MET (Mediterranean Editors and Translators). Flash fiction, poems and translations can be found online through betterlies.blogspot.com. She tweets mostly other people's poems @KymmInBarcelona.