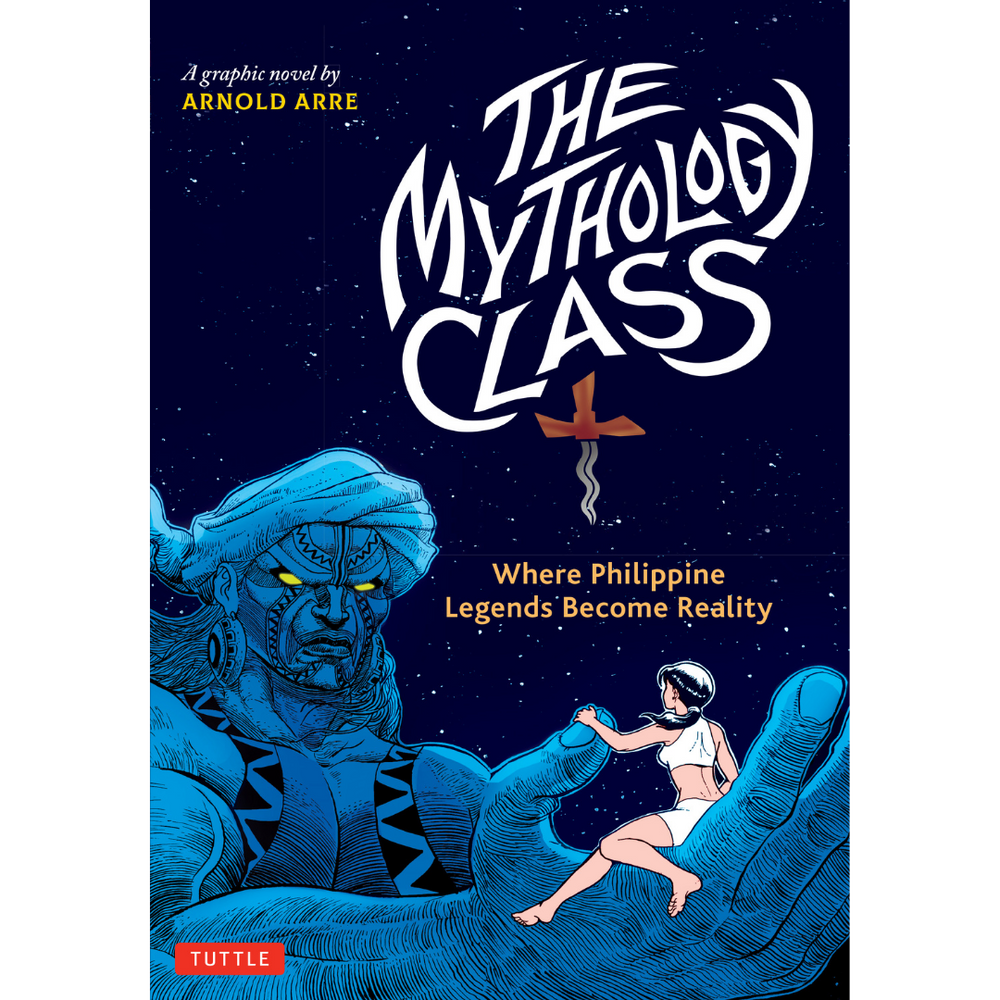 "I wanted to read a comic about Philippine mythology, but since I couldn't find one that was in depth and contemporary enough that was closer to what I envisioned, I ended up making my own…It was also my intention to showcase our myths and legends and introduce them to the next generation." -- Arnold Arre for Publishers Weekly

Immerse yourself in a high-stakes fantasy adventure set in the Philippines!

This Philippine National Book Award winner fuses traditional myth and magic with contemporary action. Borrowing elements from The Lord of the Rings and The Phantom Tollbooth, author and creator Arnold Arre reinvents age-old Filipino fables, constructing a rich world of fantasy and adventure for a new generation.

The Mythology Class follows Nicole Lacson, an anthropology student at the University of the Philippines. When she is summoned to a secret meeting by the mysterious Madame Enkanta, Nicole finds herself face-to-face with living creatures from mythology and folklore that she never imagined existed in real life! Tikblangs, kapres and a range of engkantos--fantasy figures from her grandfather's bedtime stories--challenge her previously-held notions of reality.

Nicole embarks on a quest through the streets of metropolitan Manila with a ragtag crew of college students. With guest appearances from legendary Filipino heroes like Sulayman, Kubin and Lamang, Nicole's class must face down and repel an ancient evil.

The Mythology Class features world-building of the highest order, balancing the scope and magnitude of an adventure epic with the humor, warmth and insight of a classic coming-of-age tale.


About the Author:
Arnold Arre won the inaugural graphic novel Philippine National Book Award for The Mythology Class. He is the author and illustrator of many other popular works, including Martial Law Babies, After Eden,Ang Mundo ni Andong Agimat, Trip to Tagaytay, and Children of Bathala.