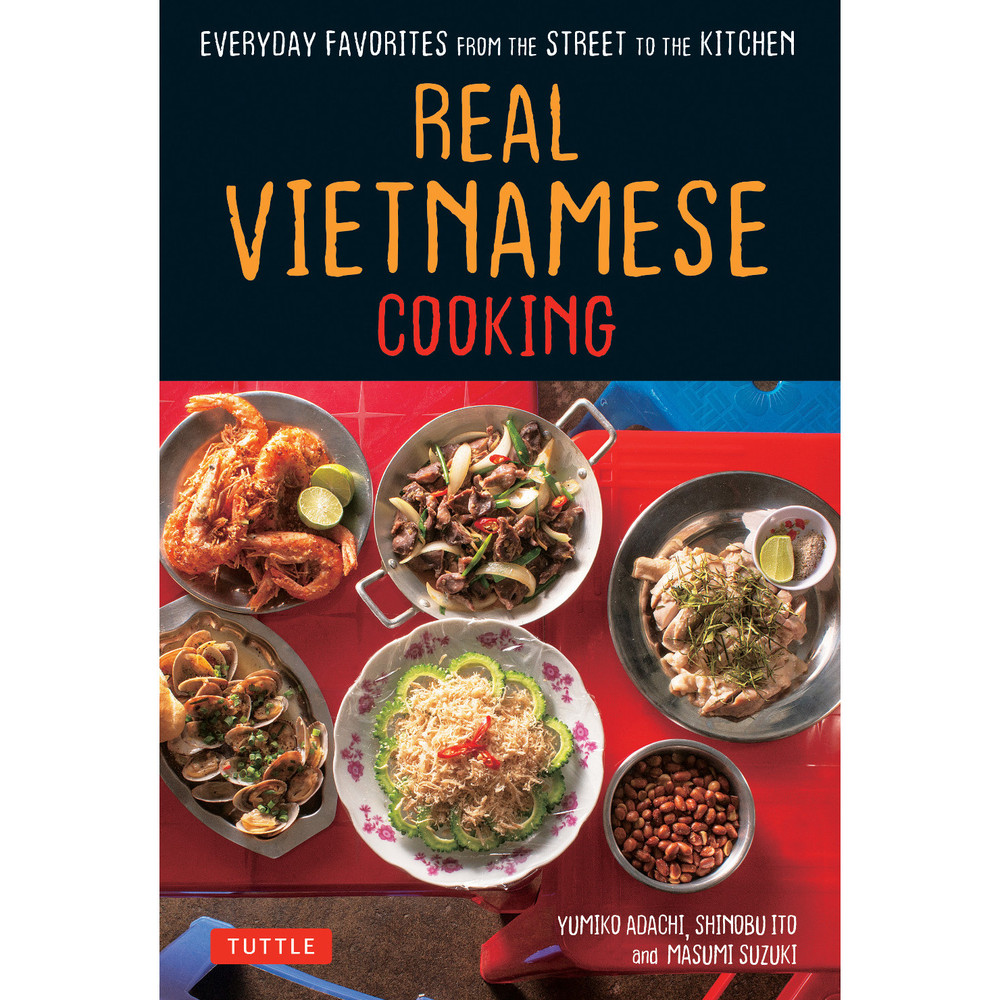 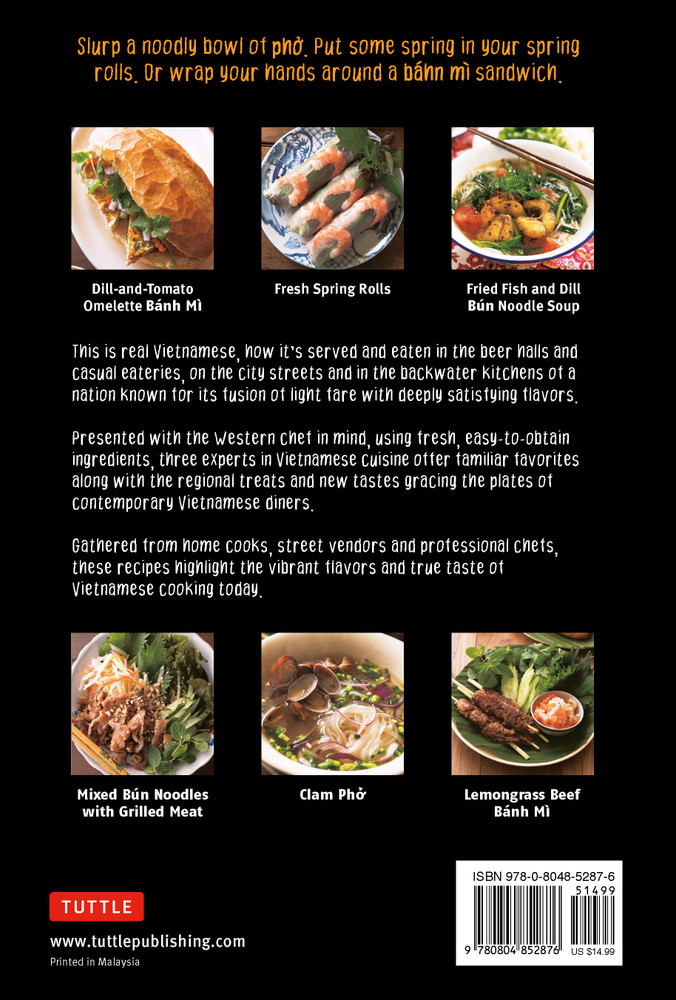 Take a culinary tour from home as you explore Southeast Asia's most exciting cuisine!

Real Vietnamese Cooking combines the collective culinary wisdom of three intrepid food explorers who spent many years training with Vietnam's best chefs while scouring city streets and country kitchens in search of tastes few foreigners experience. It introduces readers to local takes on classic dishes, as well as lesser-known favorites--all delicious and accessible, made with easy-to-find ingredients. Filled with 88 recipes, this cookbook will give you a taste of the varied flavors of this coastal country.

Along the way, in between bites, you'll also learn the origins and background of Vietnam's rich culinary development. With personal anecdotes from the authors, you'll get an inside look at Vietnam's unique culture and why it is becoming such a popular travel destination.

From the French colonial influence to the contributions of Asian immigrant groups, you'll learn about:
Fusing traditional takes with street-savvy secrets and of-the-moment trends, Real Vietnamese Cooking offers a treasure trove of tastes you'll turn to again and again.


About the Author:
Since her first trip to Vietnam in 1997, Yumiko Adachi has specialized in the food stall fare and street food for which the nation is increasingly known. She is the owner of Maimai, a Vietnamese restaurant in Ekoda, Tokyo. In 2013, she opened second restaurant Ecoda Hem, a Vietnamese street food-inspired eatery.

Shinobu Ito learned Vietnamese cooking in restaurants and homes. She has shared her love of Vietnamese food in her popular cooking classes, as well as on television and in magazines.

Masumi Suzuki trained as a chef for several years in Vietnam. She is the owner of Kitchen, a Vietnamese restaurant in Nishi-Azabu, Tokyo.