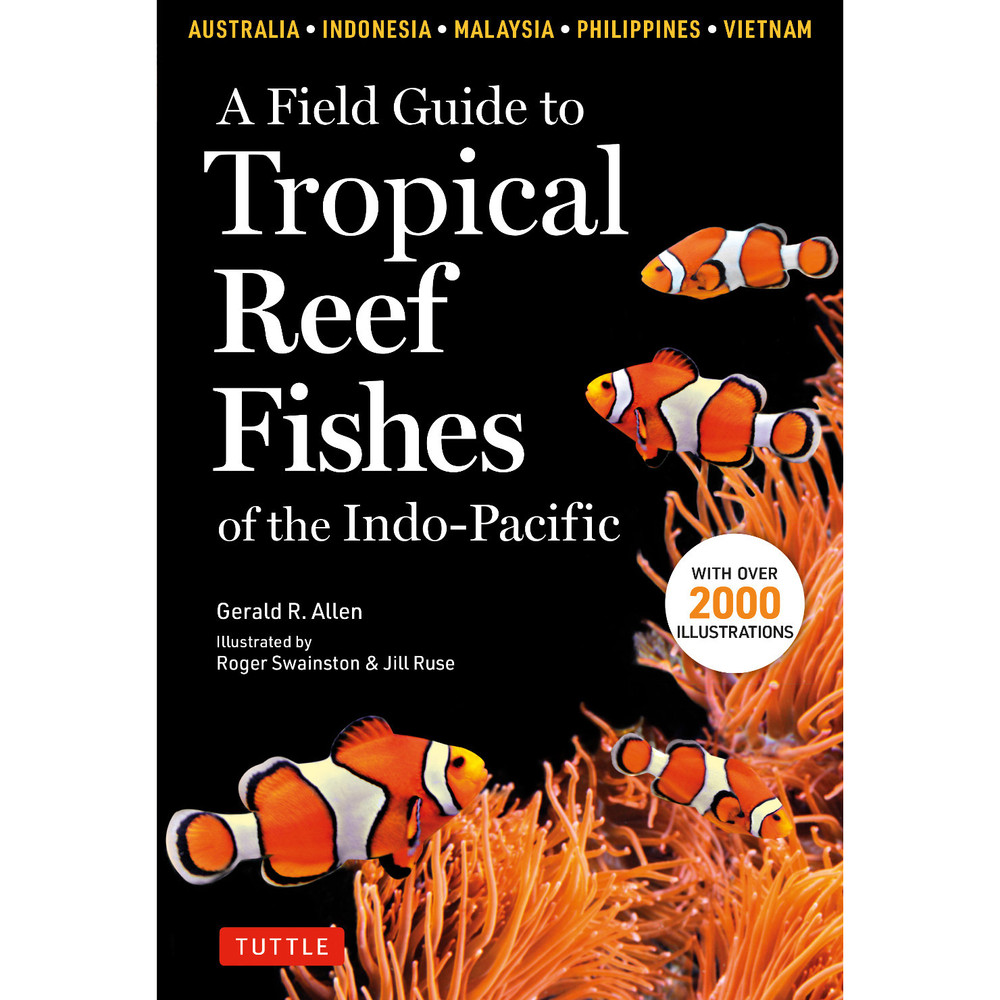 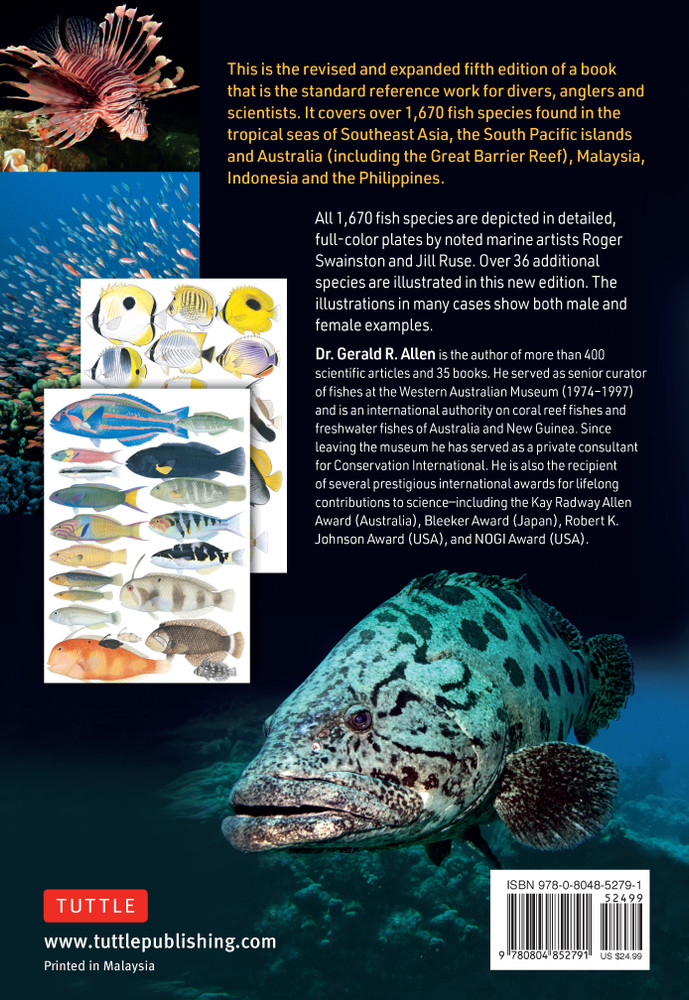 A Field Guide to Tropical Reef Fishes of the Indo-Pacific

Now available in the US, this is the revised and expanded fifth edition of a book that has been the standard reference work for divers, anglers and scientists for over 30 years.

A must-have reference for divers, marine biologists, ecologists, commercial fisheries and sports anglers, this book includes a comprehensive identification guide to the families of reef fishes, with a definitive index. An informative and detailed Introduction includes area coverage; faunal composition; biology, behavior and ecology of reef fishes; classification of fishes, and much more.

Originally published as Marine Fishes of South-East Asia, this edition contains numerous revisions in nomenclature affecting both the scientific Latin names and common names of the region's fishes. In all cases these have been made to reflect the current universally-accepted terminology. The common names in this book are the result of a recent initiative undertaken by the Australian Government and Seafood Services Australia.

Each species is depicted in detailed, full-color illustrations by noted marine artists Roger Swainston and Jill Ruse, including over 35 new species. In many cases, the illustrations show both male and female examples.

With more than 2,000 illustrations and 29 color photographs, this definitive field guide will continue to be an invaluable resource for professionals and hobbyists alike.


About the Author:
Dr. Gerald R. Allen is the author of more than 400 scientific articles and 35 books. He served as senior curator of fishes at the Western Australian Museum between 1974 and 1997 and is an international authority on the classification of coral reef fishes and freshwater fishes of Australia and New Guinea. Since leaving the museum he has served as a private consultant, primarily involved with coral reef fish surveys in southeastern Asia for Conservation International. He is also the recipient of many prestigious international awards for lifelong contributions to science including the Kay Radway Allen Award (Australia), Bleeker Award (Japan), Robert K. Johnson Award (USA), and NOGI Award (USA).

Roger Swainston is acclaimed as one of the world's finest marine artists. He graduated from the University of Western Australia with a degree in Zoology before working in the fish department at the West Australia Museum, where he took part in numerous expeditions. He has worked with many prominent scientific institutions, including the Smithsonian Institute and the Food and Agriculture Organization of the United Nations. His work has been exhibited throughout the world in countries such as France, the U.S. and Australia.

Jill Ruse was born in Western Australia and is a graphic designer and illustrator with over 40 years of experience. She has done a variety of freelance jobs for the Western Australian Museum and other prominent institutions and companies. Most of her paintings in this volume were based on Dr. Allen's underwater photographs.