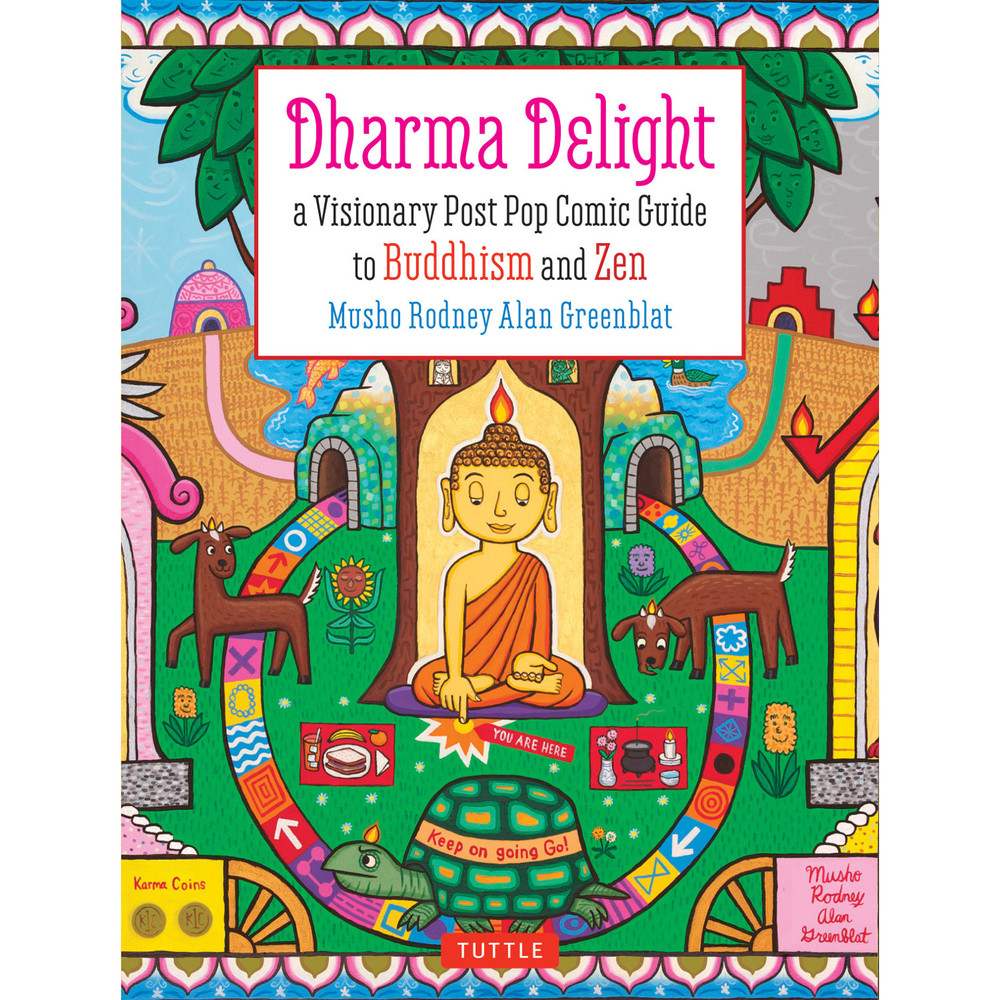 Wisdom comes in many forms, and the search for wisdom has many expressions. In Dharma Delight, celebrated New York abstract artist and Zen student Rodney Alan Greenblat uses lighthearted, inviting narrative and vivid pop art paintings to celebrate the joys of living life from the inside out.

Part graphic guide book, part personal testimony, part art book, Dharma Delight illustrates how seeking the path of compassion and acceptance can be as zany and exuberant, as it is profound and rewarding. This thoroughly modern and accessible exploration of Enlightenment, including what it is and where to seek it, shows us how to recognize the perfection in ourselves.

Sutras (teachings), bodhisattvas (enlightened beings), and jataka tales (parables) are presented in a way that is simple, upbeat, and fun to read.The colorful, inspiring paintings, some of which are new and some of which are well-known within the New York art scene and beyond, are an imaginative and affirming mind's-eye view of Buddhist teaching today.

Dharma Delight is greatly appealing to all ages, and together, the words and illustrations are a warm and cheerful invitation to Buddhism newcomers and a cool splash of refreshment to any traveler on the road to Enlightenment.


About the Author:
Rodney Alan Greenblat is a visionary artist, designer, and writer who has been making whimsical colorful artwork for over thirty years. In addition to his contribution to the New York art scene, he has designed album covers and video game characters and worlds. His many visits to Japan, where he created a popular animated TV series, led him to become a student of Zen, and to find new ways of expressing the Dharma. Greenblat has been creating characters and illustrations for some of the world's most respected companies and publications, including Family Mart, Sony, Toyota, The New Yorker and The New York Times. He is a senior student at the Village Zendo Zen center in New York City where he has received the Buddhist name "Musho."