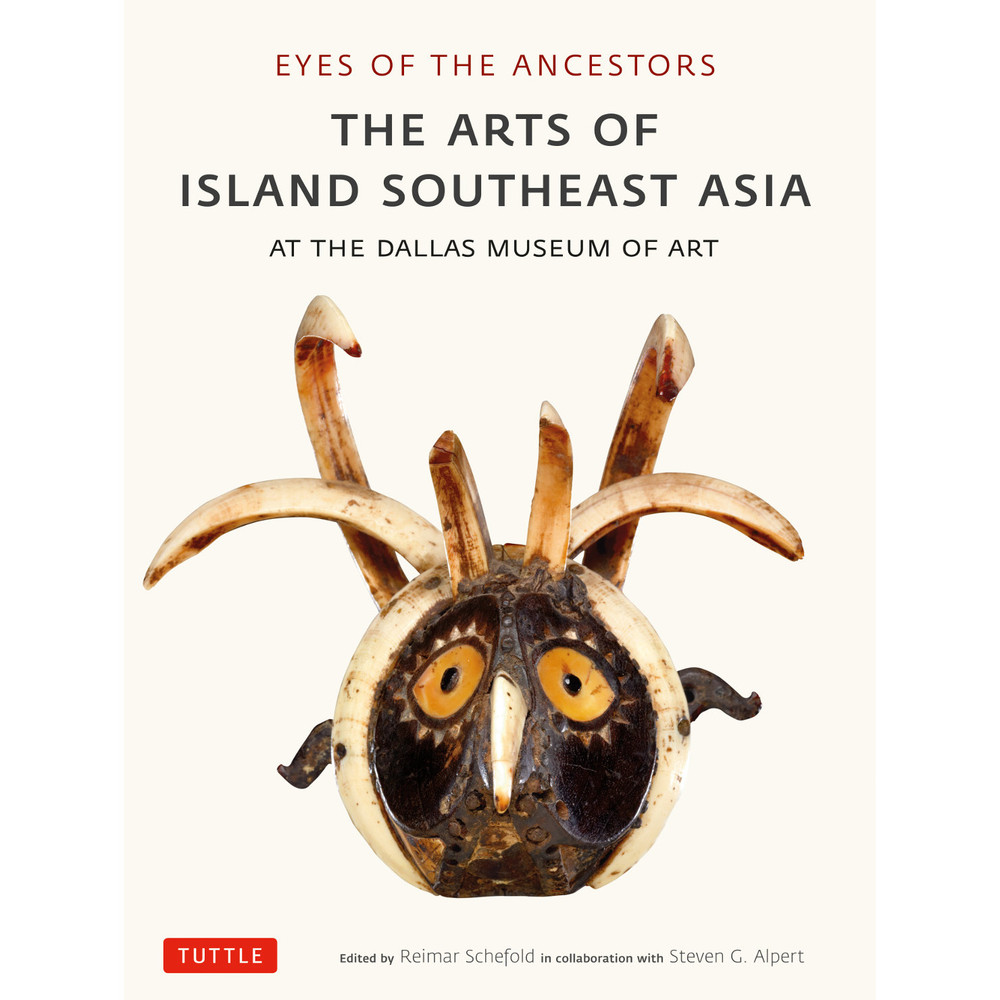 Eyes of the Ancestors

"Simply the best book ever published on this subject." —Sir David Attenborough

Lavish photography and groundbreaking texts unlock the magic of the island cultures of Indonesia, Malaysia, and East Timor through examples of textiles, sculpture, and metalwork from this prestigious collection.

Eyes of the Ancestors takes an in-depth look at the Dallas Museum of Art's world-renowned collection of artworks from Island Southeast Asia. Beautiful photography and essays by distinguished international scholars unlock the magic of the island cultures of this region.

Also featured are gold and metalwork designs as well as weaponry and jewelry—most dating back more than a hundred years. A 19th-century mouth mask in the collection, from the Leti Islands, is one of only our known to be in existence. Carved in the shape of a bird's head, this wooden mask was used in ritual dances. Other spectacular examples from the collection also reflect the beliefs and practices of these island cultures.


About the Author:
Reimar Schefold is professor emeritus of the anthropology and sociology of Indonesia at Leiden University and the former chairman of the Netherlands Institute of Southeast Asian and Caribbean Studies.

Steven G. Alpert is an author, consultant and connoisseur of the arts of the island Southeast Asia and Pacific Rim.

George Ellis, formerly the President and Director of the Honolulu Academy of Arts, is an arts consultant and author.

Vernon Kedit was schooled in the weaving traditions of the Saribas region (Sarawak, Borneo) by his grandaunts who, master-weavers themselves, were under the tutelage of the last leading grandmaster-weaver of the Saribas, his great-grandmother Sendit Kedit.

Achim Sibeth, formerly the curator of the Southeast Asian collection at the Museum of World Cultures in Frankfurt/Main, is an independent scholar and writer.

Roxana Waterson is a social anthropologist, recently retired from a position as Associate Professor in the Department of Sociology, National University of Singapore