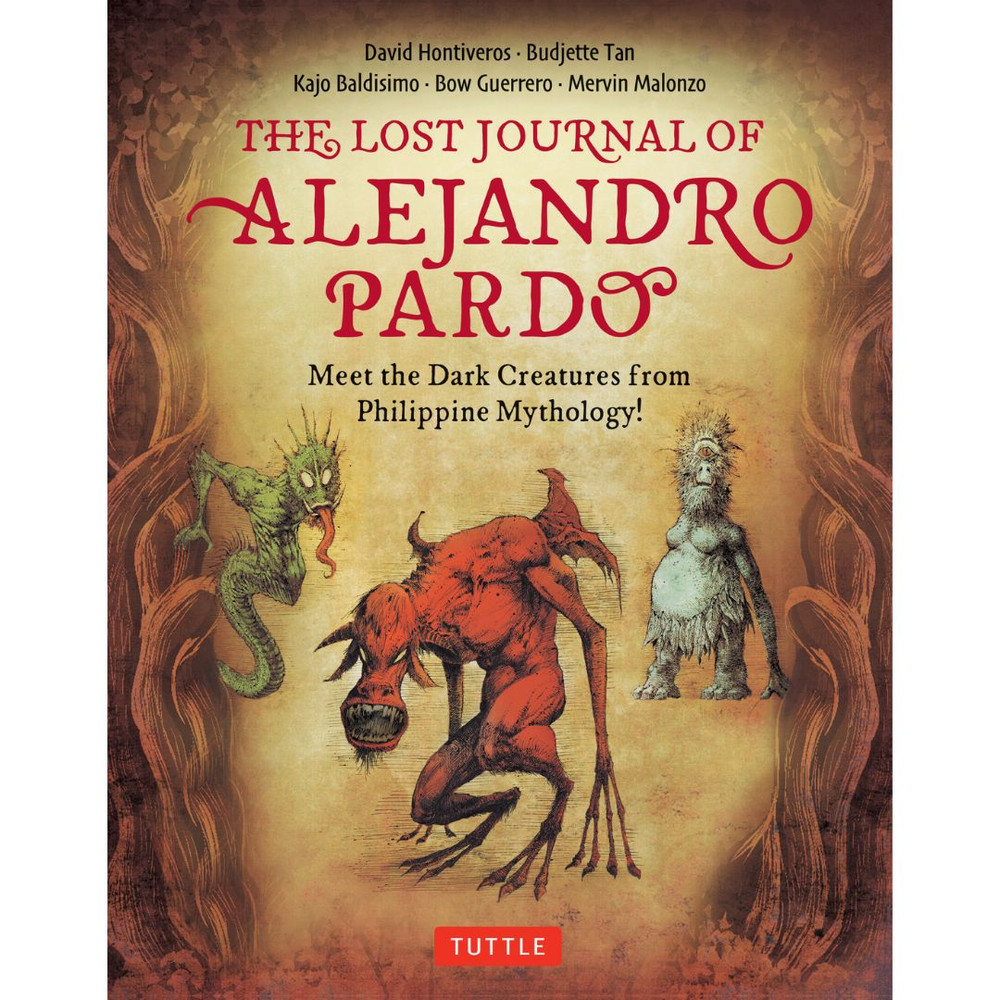 A fascinating field guide to Philippine monsters and mythology!

From award-winning authors Budgette Tan and David Hontiveros comes The Lost Journal of Alejandro Pardo --a 19th-century cryptozoologist's account of his encounters with the strange and magical creatures from Philippine legends and mythology.

In this book, you'll come face-to-face with 36 mythical beasts including:


Pardo describes 36 fantastical animals in total, highlighting his encyclopedic knowledge of the unique creatures found in all parts of the Philippines (which is undeniable, even if he is a bit of a lout). Pardo's lost journal is full of eye-witness details of his exciting travels in search of mythical beings. Don't miss out on his extraordinary adventures!


About the Author:
Budjette Tan is co-founder and editor-in-chief of Alamat Comics in the Philippines. However, he is best known for writing the urban fantasy comics series Trese, co-created with artist Kajo Baldisimo. It received the Philippine National Book Award for Best Graphic Novel in 2009, 2011, and 2012, and has since been adapted into an animated series by Netflix. He is also the co-creator of the award-winning Mikey Recio and the Secret of the Demon Dungeon. He currently lives in Denmark.

David Hontiveros was a 1997 National Book Award finalist in the best comic book category for Dhampyr and a 2002 Palanca Award winner for his short story "Kaming Mag Seroks." In addition to being a founding member of Alamat Comics, he is the author of Craving, Parman, and Takod, and the Seroks science fiction collections. His ongoing comic book series "Bathala: Apokalypis" is available digitally.

Kajo Baldisimo is a television storyboarder whose heart is in comic books. With Budjette Tan, he is co-creator of the urban fantasy Trese series, which won the Philippine National Book Award for Best Graphic Novel and has been adapted for television as an animated series by Netflix.

Bow Guerrero is co-creator (with Budjette Tan) of the award-winning Mikey Recio and the Secret of the Demon Dungeon. He is an aficionado of visual history from old forts, churches, historic landmarks, and museums.

Mervin Malonzo is the author and illustrator of the comic Tabi Po, which received a Philippine National Book Award in 2014 and was adapted to a TV mini-series in 2017. He has collaborated with a variety of authors to produce books about Philippine mythology like After Lambana, The Black Bestiary: An Alejandro Pardo Compendium, and Alternative Alamat. In his free time, he works on developing an animated series and film based on a comic called Ella Arcangel and operates the indie publishing house Haliya.