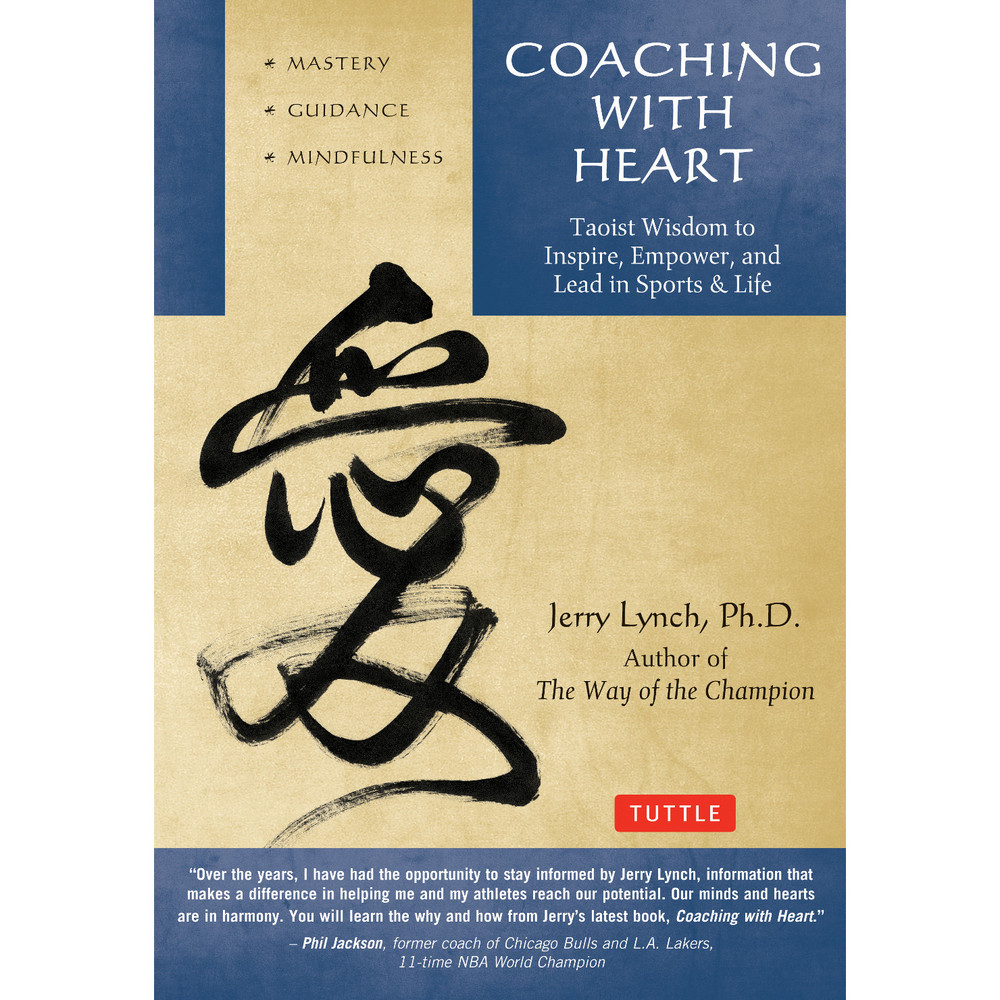 Taoist Wisdom to Inspire, Empower, and Lead in Sports & Life.

In the world of athletics, an innovative breed of coaches is emerging—men and women who insist on fostering strong, healthy relationships with their players where respect and integrity are forged—and they are winning!

In Coaching with Heart, recognized sports psychologist Dr. Jerry Lynch declares that the relationship game is the single most vital aspect of successful and productive coaching in sports. By creating more intimacy between coach and team, and recognizing that both team and coach can learn from each other, everyone can fulfill their mutual goals.

Coaching With Heart is a provocative and practical 'game changer' in the shifting landscape of athletics and life coaching. Awaken to established techniques that empower and inspire not only yourself but also the players with whom you are building a relationship. Chapters within discuss various themes, including:
Dr. Lynch shares wisdom he has accrued in his more than thirty years 'in the trenches', where he has had the opportunity to work with some of the most respected and effective coaches of all time, such as Phil Jackson, Pat Summit, Dean Smith, Tara Vanderveer, Bill Walsh, Anson Dorrance, Cindy Timchal, Missy Foote, and many more. Coaching with Heart will assist you in stepping outside the box with your leadership endeavors whether as a coach, teacher, CEO, military officer, or parent, and implement Zen Coaching approaches to guide others to practice, play, and live with the heart of a champion.


About the Author:
Dr. Jerry Lynch has been a sports psychology consultant for the past 33 years to over 25 international and national championship teams at the professional and NCAA collegiate levels. In one survey, he has been recognized as one of the top five in his profession nationwide. He is the former Sports Psychologist for men's and women's Basketball, Lacrosse, and Soccer teams at the universities of North Carolina, Duke, Maryland, California, and Stanford and continues to work with several teams nationally. He has been involved with athletes at the Olympic Training Center in Colorado, helping them to perform up to their potential. Several of his clients have participated in various summer and winter Olympic games. Aside from sports, Dr. Lynch has worked with performing artists and corporate executives. He is the author of several books including The Way of the Champion, Spirit of the Dancing Warrior, and Creative Coaching.

The Heart of God

The Heart of Darkness