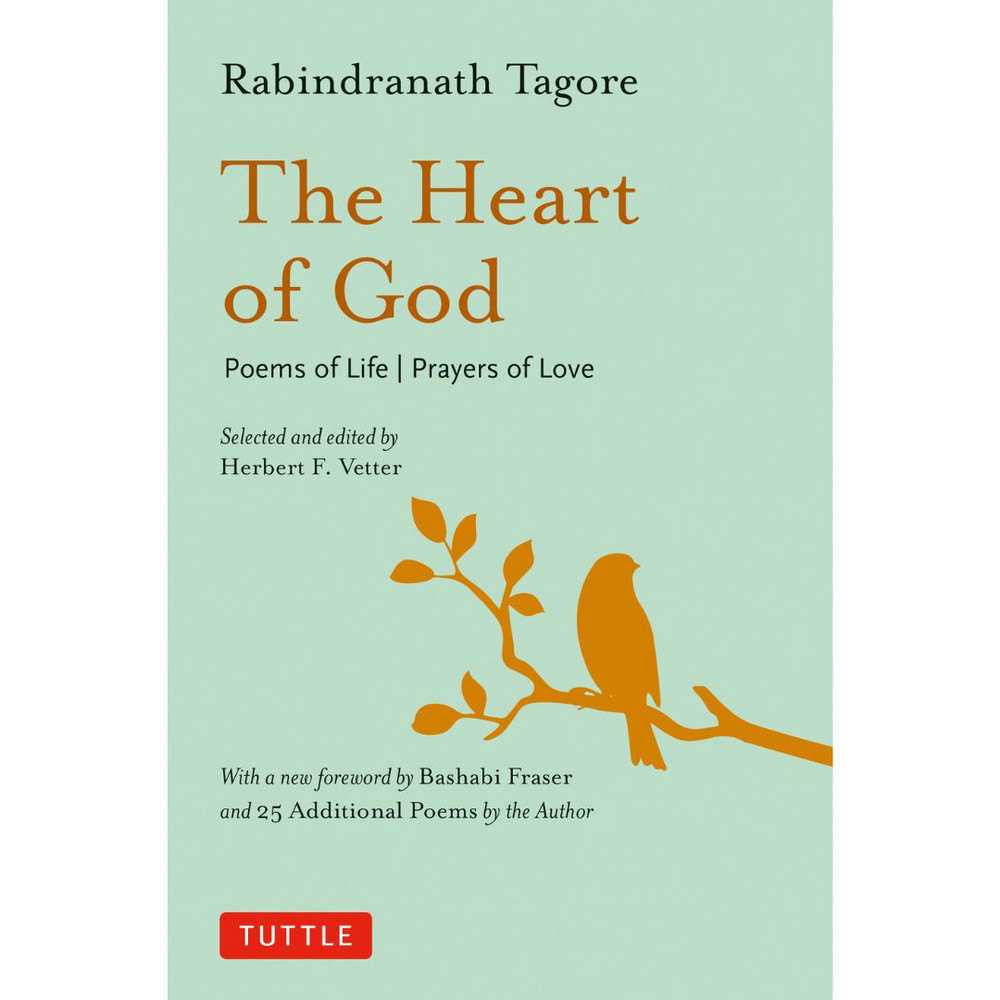 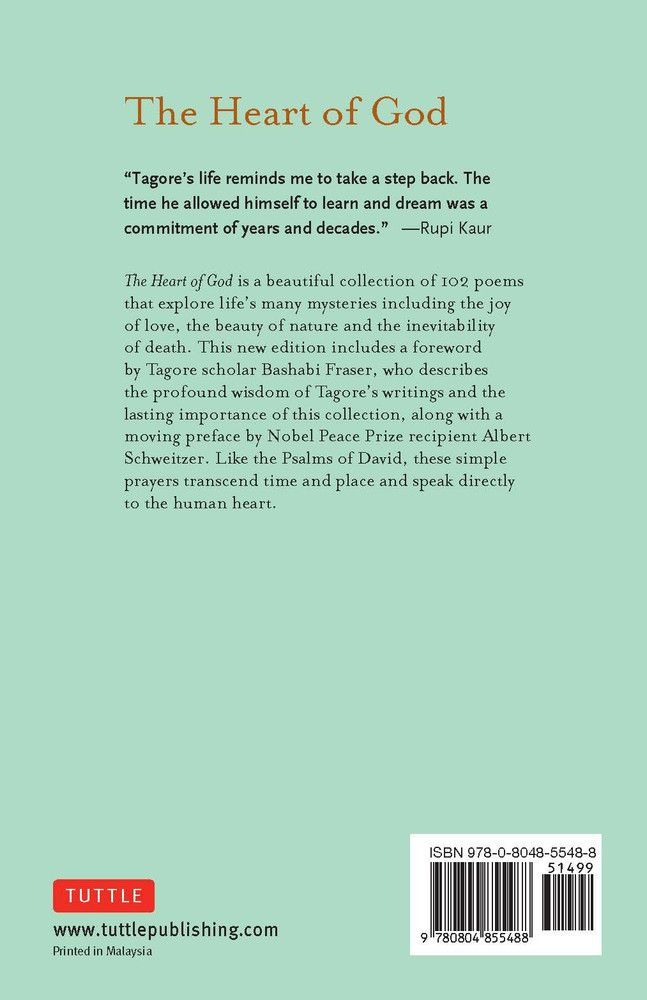 "Tagore's life reminds me to take a step back. The time he allowed himself to learn and dream was a commitment of years and decades."--Rupi Kaur

Rabindranath Tagore (1861-1941) is thought of as the most important poet of modern-day India. This literary giant's writings have inspired millions of readers for generations. The Heart of God is a beautiful collection of 102 poems that explores life's many mysteries, including the joy of love, the beauty of nature, and the inevitability of death. Representing Tagore's "simple prayers of common life," each poem is an eloquent affirmation of the divine in the face of both joy and sorrow.

Tagore was born into a wealthy family in the Bengali city of Calcutta during British colonial rule. Immensely talented, he would become a distinguished writer, educator, playwright, composer, social reformer, and philosopher. As a poet, Tagore is a master, having been awarded the Nobel Prize for Literature in 1913--the first non-European to be given this honor. Along with Mahatma Gandhi, Tagore is considered to be the foremost intellectual and spiritual advocate for India's liberation from imperial rule.

Originally compiled by Rev. Herbert Vetter, this expanded edition of The Heart of God includes 25 additional poems and a foreword by Tagore scholar Bashabi Fraser, who describes the profound wisdom of Tagore's writings and the lasting importance of this beautiful collection, along with a moving Preface by Nobel Peace Prize recipient Albert Schweitzer. Like the Psalms of David, these simple prayers transcend time and speak directly to the human heart.


About the Author:
Rabindranath Tagore (1861--1941) was one of India's greatest poets. He wrote successfully in all literary genres, but focused primarily on poetry, publishing more than 50 volumes of verse. Born in Calcutta, he was a Bengali writer who traveled to five continents during his lifetime. He was awarded the Nobel Prize in Literature in 1913 and knighted in 1915, but gave up his knighthood after a British massacre of peaceful demonstrators in India in 1919. He was a powerful social reformer and his writings were used for the national anthems of both independent India and Bangladesh. His death is memorialized in India to this day.

Bashabi Fraser is an award-winning poet, translator, and educator. She is the co-founder and director of the Scottish Centre of Tagore Studies at Edinburgh Napier University. She has authored and edited 23 books including Bengal Partition Stories: an Unclosed Chapter and a biography of Rabindranath Tagore. She was awarded a CBE for her writing and academic achievements in 2021.

Albert Schweitzer (1875--1965) was a physician, writer, philosopher, and founder of the Albert Schweitzer Hospital in Gabon in 1913 which he ran until his death. In recognition of his many years of humanitarian work, he received the Nobel Peace Prize in 1952.

Rev. Herbert F. Vetter Jr. (1923--2014) served First Parish in Cambridge, Massachusetts, as associate minister and minister at large from 1967 to 1990, during which time he founded and directed the Cambridge Forum, a public affairs series and public radio program. In retirement, he founded Harvard Square Library, a digital library about Unitarian Universalism and liberal religion.