Today we have an article by Sam Kaplan, the author of Challenging China from Tuttle. Sam is a trade and foreign policy expert who has worked on China policy for over 30 years. This article is a reprint of an article on his brand new Substack, Sam Speaks. Subscribe here.

The issue of a more authoritarian, more expansionist China is one of the great challenges in the world today. The good news is that there is bipartisan agreement that China is a challenge, one of the few areas where both parties agree. But there is not agreement on what to do about China. There is not even agreement on what to call the problem. The Biden administration has used the term “strategic competition.” Last year during Deputy Secretary of State Wendy Sherman’s visit to China, an official described it as a “healthy competition.” Last week, U.S. Secretary of State Antony Blinken made a major speech on China policy and said the Administration’s policy “can be summed up in three words – ‘invest, align, compete.’”

Europe takes another perspective. Some officials in the European Union use the term “ systemic rival.” Others in the United States believe we are in a new cold war. Certain progressive environmentalist organizations don’t want to confront China

All of these terms and formulations needlessly complicate the issue with China and avoid what it is we want to accomplish. The goal of U.S. foreign policy with regards to China should be simple: to encourage its liberalization.

The challenge that America, and many other countries around the world, have with China is not that it is successful economically and not even necessarily that it has mercantile policies leading to what many believe are unfair economic and trade advantages (though many are also concerned about that). The problem is that China has become more authoritarian and expansionist. On the former, under Xi Jinping, China has arrested hundreds of human rights activists, further clamped down on the internet, violated the Hong Kong Basic Agreement, suppressed a burgeoning feminist movement, and is committing what U.S. Secretary of State Antony Blinken, and many others, assert is genocide in Xinjiang.

At the same time that China became more authoritarian, it has also become more expansionist. I don’t just mean geographically in terms of trying to take over land, though they are doing a bit of that as evidenced by more aggressive moves in the South China Sea. But China’s expansionism is really more than geographic. They are attempting to change the post-World War II/post-Cold War liberal world order into one they can control. They are trying to make the world safe for authoritarianism.

One example of this is the United Nations International Telecommunications Union (ITU). China is actively using this organization to propagate facial recognition technology standards onto the world. The ITU has responsibility for creating standards for global telecommunications technology. China is working to change these standards to make it easier to use government surveillance technology to spy on citizens.

They are also exporting to and helping developing country governments use this technology to repress their own citizens. The ITU is but one example of China’s desire to remodel the global order, one that the United States helped demolish under the Trump administration.

It is a combination of China becoming a more authoritarian government combined with an ambition to change the world order that worries the United States and so many other countries. To solve this challenge is ultimately for China to liberalize. 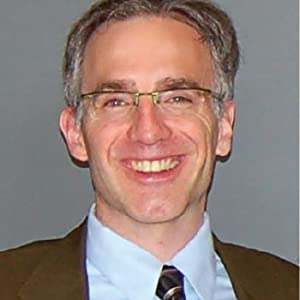 To illustrate this point, let’s imagine that South Korea’s population is 1.3 billion people instead of its actual 52 million but that they still maintain their current civil society, successful economy and the boy band BTS still rules the hearts of young people everywhere. Undoubtedly, a larger, still economically successful South Korea would work to exert is influence on the world beyond BTS being a global cultural phenomenon. It is natural for a large, powerful country to do so. South Korea might have ideas on how the World Trade Organization should be restructured. Or South Korea may work to influence digital surveillance standards. The United States, and other countries, may agree or disagree with South Korea’s ideas but it is unlikely Secretary Blinken would circle the world to build an alliance against South Korea. And that’s because South Korea, a liberalized democracy, wouldn’t be a threat to the world. They may want to make changes to the international order but not ones inimical to a liberal world order. It’s unlikely a liberalized democracy would be trying to make the world safe for authoritarianism.

For those Americans with a nationalist bent, the concern is not so much that China is authoritarian, but rather they desire that the United States perpetually be stronger economically and militarily than China. But that is neither a realistic nor desirable goal. China is a large country and for the good of its people, we should hope that it continues to develop. The United States should not try to contain 1.3 billion Chinese people, it should want them to evolve a more liberalized government conducive to civil society. Whether China’s economy will become larger than the United States’ is an open question given China’s demographics and economic challenges. But the aim of U.S. foreign policy should not be to always at all times be larger economically than China. It should be that China, like so many other countries, liberalizes politically even as it matures economically.

Secretary of State Blinken made it a point in his speech to say that America does not “seek to transform China’s political system.” America, of course, doesn’t have the ability to transform China’s political system but we can encourage China to do so on its own. Our goal should be for China to eventually liberalize. But in encouraging China to liberalize, the U.S. should not mandate what form that will take or that it happens overnight. Taiwan, South Korea and other countries liberalization evolved at their own pace in forms that fit their circumstances. But encouraging China to provide more freedom for its people to exchange ideas, more mechanisms for political deliberation and more transparency in scientific and business communications, are steps the U.S. should continually call for. The Xi government will dismiss them. Xi believes one of the lessons of the Cold War, the fall of the Soviet Union, is to assert more control not less, in order to sustain the reign of the Communist Party of China. But someday, whether sooner or much later, Xi will not be in charge. U.S. foreign policy needs to take the long view.

The United States has had its own political problems in recent years. The United States being a successful country, including economically, socially and politically, is the most important step it can take to encourage China to liberalize. In my recent book, Challenging China, I offer four suggestions on what the United States needs to do to be more successful going forward. You may have additional ideas to the ones I offer or may disagree with what I suggest. Let’s have a spirited discussion about what America needs to do, but let’s get doing it. The financial crisis of 2008, the election of the norm-busting Donald Trump and the January 6th insurrection all shook the world’s confidence in the United States and in the idea of liberalized countries themselves. As Biden has smartly said, we do need to remind people that democracies provide a better life and future than authoritarian governments. That is perhaps the best definition of “strategic competition.”

Of course, China is unlikely to liberalize anytime soon and a liberalized China does not solve all problems just as a liberalized America, Germany, Japan and Ghana are not perfect. But a liberalized China would unlikely pose as great a challenge to the world, and to its own people, as it does today. Certainly a strategy of encouraging China to liberalize is more sensible than one based on keeping America perpetually stronger economically and militarily than China. Competing economically with China is not a foreign policy goal but it is perhaps a sensible strategy to achieve the goal of encouraging China's liberalization. The U.S. would not need to worry about China's economic success or its greater influence on the world if it were not an authoritarian country bent on changing the international order to its liking.

That is why encouraging the liberalization of China should be the goal of U.S. foreign policy.

A China that provides its people freedom and rights, that is successful economically and producing scientists curing diseases, companies producing goods and services, artists entertaining and inspiring? That is a country we should all want to help lead the world. 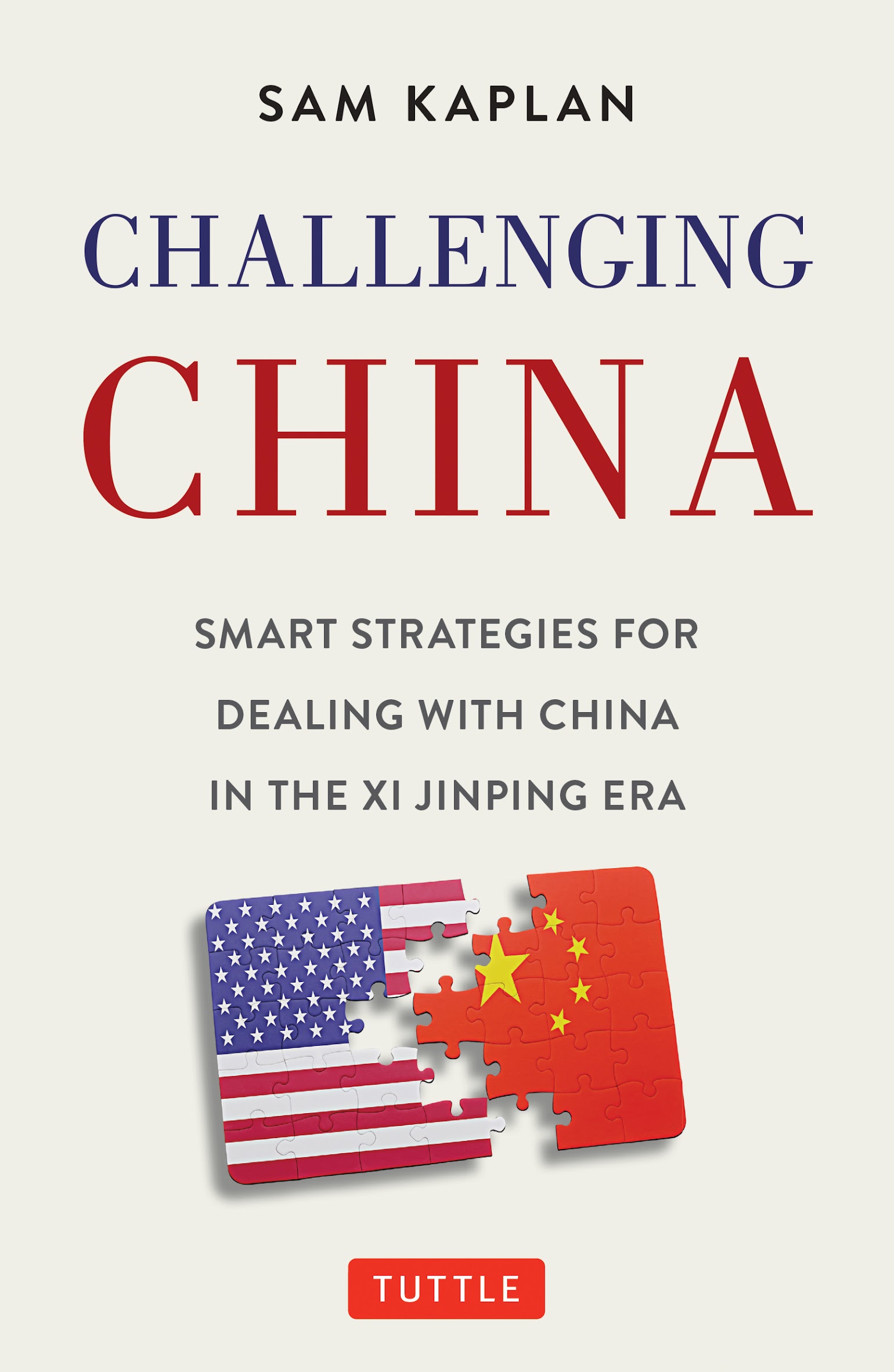 Expertly researched and thought-out, yet approachable and witty, this book will immediately draw in anyone interested in global affairs, foreign policy and the future of America's role on the world stage.

Author Sam Kaplan has worked on China policy and trade for over thirty years. Drawing upon his extensive experience, contacts and research, he proposes new ways of dealing with China in a smarter, more realistic way.