Vivian Ling was born in wartime China and educated in the U.S. Dr. Ling received a master’s degree in Asian studies from Washington University in St. Louis and a Ph.D. in Chinese language and literature from the University of Michigan. She taught for 24 years at Oberlin College before moving overseas to direct study-abroad Chinese language programs, most notably the Inter-University Program for Chinese Language Studies at National Taiwan University in Taipei and Tsinghua University in Beijing. Her last position was Director of the Chinese Flagship Program at Indiana University. She is the author of multiple books, including the brand new Chinese Stories for Language Learners.

When did you first move to the U.S. and what was that transition like?

My family came to the U.S. in 1955, when my father—a diplomat—was posted to the Embassy of the Republic of China as the de facto cultural attaché. At that time, the U.S. had no diplomatic ties with the PRC (People’s Republic of China) on mainland China, and instead recognized the ROC based on Taiwan.

I was eleven when I landed in the U.S., so I had the perfect opportunity to blame my adolescent angst on culture shock. Thinking back on it, the transition from life in Taiwan to America was not that hard. Back in those days, you didn’t just get on a plane, and 20 hours later, you are in another world. Our family actually took a three-week cruise to cross the Pacific, stopping in Japan and Hawaii before landing in San Francisco. During those three weeks, my two siblings and I interacted with American kids on board, learned some American songs like “California Here I Come” and “America the Beautiful,” so we were pretty pumped up about America before we arrived.

What’s something about Mandarin that many people may not know?

In recent years, the term “Mandarin” has gained popularity in referring to the standard Chinese language, i.e. the language recognized by the Chinese government as the standard. It is mandatory in the education system throughout China—including the minorities who comprise 8.5% of China’s population, and is also the version of Chinese that foreigners learn when they study Chinese.

As far as the teaching of Chinese outside of China is concerned, nothing has changed, but there is a subtle shift in political nuance. The official Chinese term for “Mandarin” in Mainland China is 普通话 pǔtōnghuà, “the common language,” but in Taiwan, Hong Kong, and even coastal regions of SE China, the term is 国语 guóyǔ, “the national language.” This difference is a politically sensitive point to the Chinese. Even the English term “the Chinese language” is a bit sensitive to the Chinese, but the term “Mandarin” is politically neutral.

However, “Mandarin” is actually a misnomer, because the origin of this term was the spoken language of the mandarins, i.e. the network of officials who performed governmental functions in pre-1911 imperial China. The Chinese term for this language was in fact 官话 guānhuà, “language of the officials.” This language was basically the language of the capital city of Beijing, minus the crude elements of Beijing patois. Chinese people to-day would use the term “Mandarin” when speaking in English, but would never call their language guānhuà in Chinese. 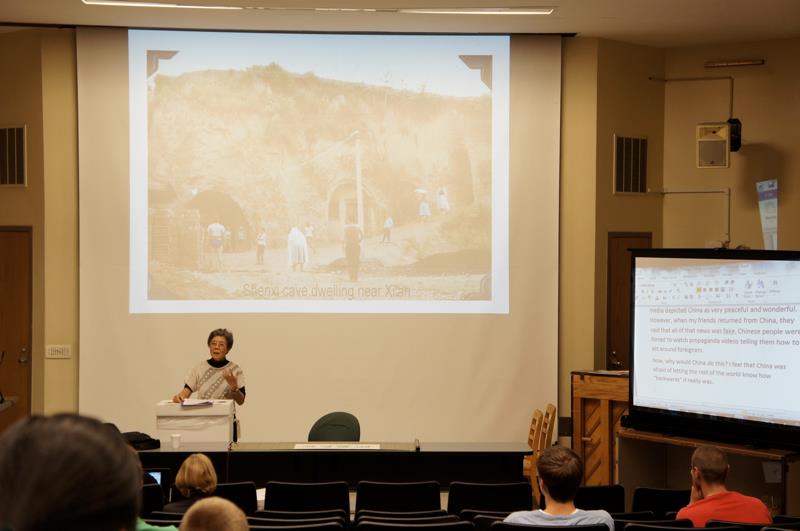 During your time at Oberlin College you chaired both the East Asian Studies and Women’s Studies departments—how did that come to be?

The best aspect of serving on the faculty at a small liberal arts college like Oberlin is that we are not compartmentalized into departments. The department may define our area of expertise, but we were expected to expand the sphere of our interest and involvement. Women's Studies as a field sprang up after I was already an established faculty member [...] Since I didn’t mess things up too badly when I chaired EAS, my Oberlin colleagues assumed that I was capable of chairing another inter-disciplinary program.

Oberlin College also provided incentives for its faculty to develop new courses. I received a little grant to develop a course in twentieth century Chinese literature in translation, with a focus on women writers. In conjunction with developing that course, I published a book called Born of the Same Roots, Stories of Modern Chinese Women.

What does a Ph.D. mean in the field of Chinese language teaching?

From my extensive experience in the field—nearly half a century now [...] I can say with confidence that the Ph.D., as a gauge of pedagogical competence, is totally fallacious. If you conduct a survey of non-native Chinese who have successfully mastered the language on who their best teachers were, I would bet that the vast majority of those super teachers do not hold a Ph.D.

My direct experience with this comes from recruiting teachers in China. From the 1980’s onward, I had the opportunity to direct study-abroad programs for American students in China, so I was in the perfect position to be a talent scout for Chinese language teachers. Teaching a foreign language is not just about teaching that language, but also about being a bridge to that foreign culture, so it requires much more than linguistic knowledge and ability to convey that knowledge. A good language teacher must have good interpersonal skills, and be culturally sensitive, empathetic, and able to inspire students to be eager learners. Many of the teachers that I recruited in China eventually immigrated to the U.S. and have continued to confirm my skill in appraising these traits of a good teacher. One of them is in fact my co-author of two Tuttle books—Essential Mandarin Chinese Grammar and Chinese Stories for Language Learners.

All that said, I would still advise any young person aspiring to a career in Chinese language teaching in higher education to go for a Ph.D., because within the academy, those without a Ph.D. are greatly disadvantaged. However, I would advise my young friends not to make too big a deal over getting a Ph.D.; i.e. it doesn’t need to be done perfectly, so don’t take too long with it. When I was young, I did not agonize over the question of getting a Ph.D. myself. I knew I wanted an academic career, and a Ph.D. was a non-negotiable requirement. But I must admit, I had very little academic expertise when I was a newly minted Ph.D. I gained all my expertise in the field—in teaching, re-search, and administration—from continuing self-learning throughout my career. 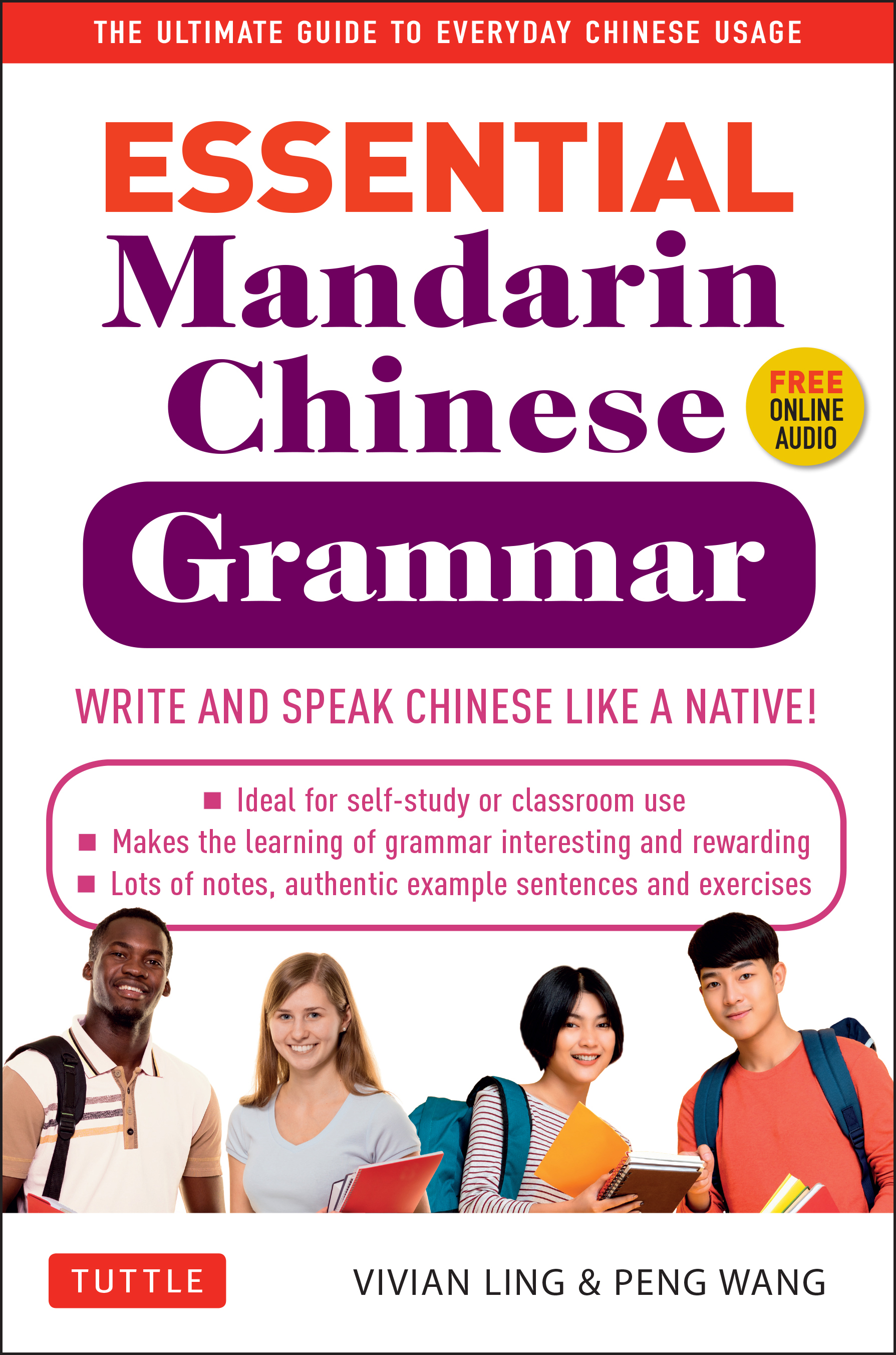 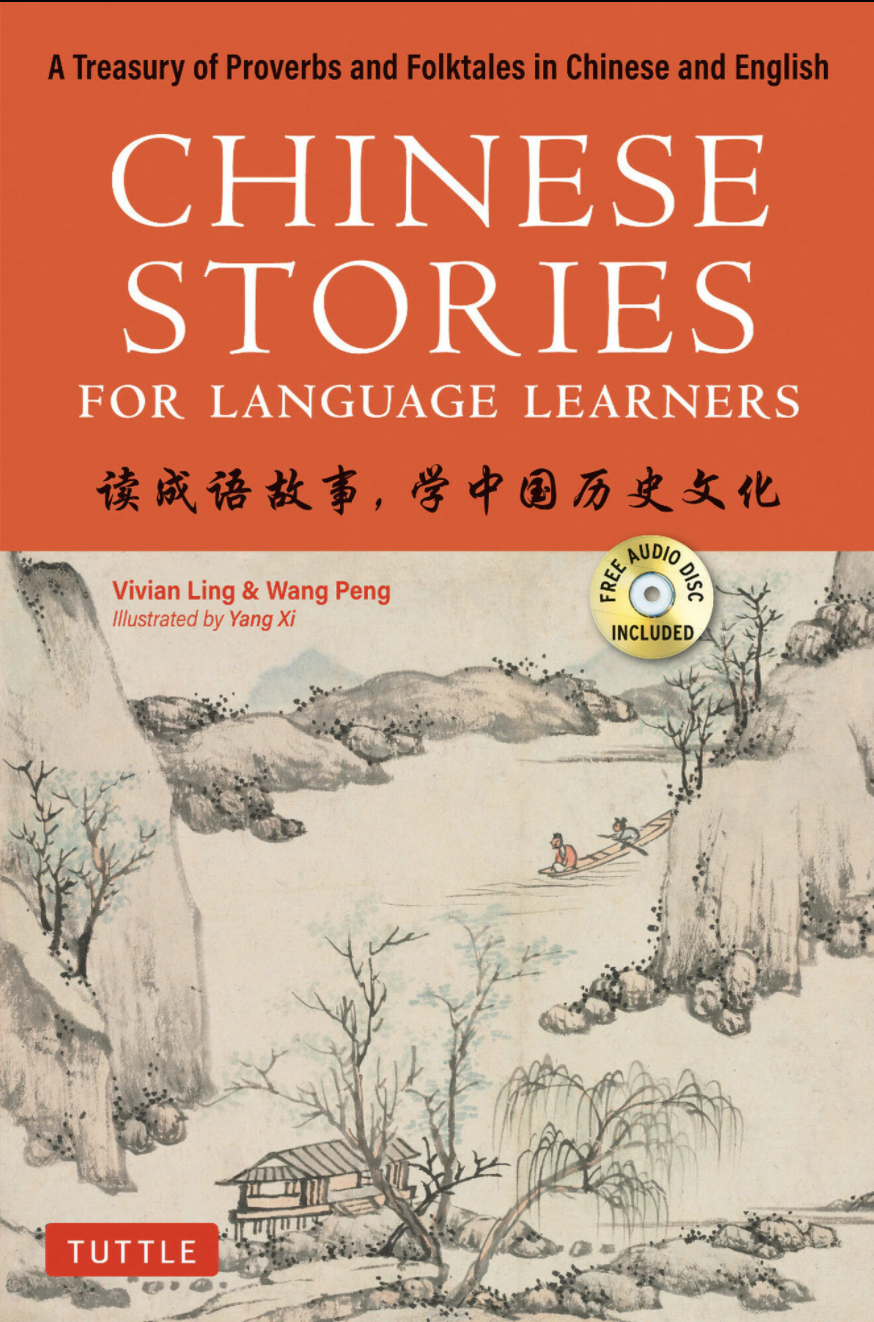 What is the hardest lesson you’ve learned during your career?

I have certainly learned a lot of important lessons over the course of my career, but I’ve been fortunate in that these lessons did not hit me hard personally. Your question is an opportunity for me to share one lesson that has had a broad impact for people in my field, and it will continue to do so in the future.

Over the entire history of the field, the careers and personal lives of Chinese language teachers in the U.S. have been greatly affected by geopolitical shifts, in some cases to the point of being determined by them. And yet, the vast majority of these teachers, who toiled in the trenches of academia, were not politically savvy, or even particularly interested in politics. Most of them simply focused on doing their job of teaching Chinese well so as to secure their own positions, even though job security for the majority of them depended on factors not within their control. I was no exception! It was only after retirement that I realized that I had been toiling in a box, and missing the big picture. I’ve just been lucky in that my career has been impacted only positively—never negatively—by geopolitical shifts and changes in U.S.-China relations. Of course, having a Ph.D. and being tenured in a college gave me the security that others in the field did not enjoy.

The moral of the story is, the world is a fast-changing place these days, and everyone needs to be flexible and nimble enough to change with the times. Even successful professionals today need to be aware of global trends and be ready to retool themselves if/when necessary. Of course, it is better to be proactive rather than reactive. As a Chinese saying goes: 机会是留给有准备的人的 “opportunities are reserved for those who are prepared.”

What’s a moment in your career that stands out in your mind as being an especially fun, interesting or exciting one?

At the risk of sounding like a phony, my answer to this question is that my career has been an endless stream of fun, interesting, and exciting experiences. If I really thought hard, I could probably come up with some low points, but they don’t stand out in my memory at all. I also cannot take credit for my good fortune. I am just an ordinary person who happened to come along in a very good era, which is infinitely better than being an extraordinary person in a terrible era.

When I started my career in the early 70's, Sinology [the study of Chinese language, history, customs, and politics] in the U.S. was still confined to the ivory tower; but with the re-opening of China in the late 70's, my career took a great leap outward and I ended up at the forefront of U.S.-China relations and enjoyed a front row seat to the drama of China's transformation.

Oberlin was a wonderfully nurturing home base for me, but at age 50, I embarked on a second career directing Chinese language studies programs abroad. As field director of Inter-University Program for Chinese Language Studies (a.k.a. "Stanford Center") in Taipei and Beijing, and later as field director of Associated Colleges in China, I witnessed some of the most tumultuous events in U.S.-China relations as well as upheavals in China, including the retrocession of Hong Kong to China in 1997, President Clinton’s visit to China in 1998, the rift in U.S.-China relations in 1999 following NATO's bombing of the Chinese Embassy in Belgrade and the SARS epidemic in 2003.