Tina Schneider began her career as a studio artist, painting and drawing. She received her BFA from The School of Visual Arts, her MFA from Bard College and taught at Vassar College. Her work was featured in exhibits at The Drawing Center, Wave Hill and The Bronx Museum. All along, though, deep in her heart, she really wanted to make books for children. This desire intensified when she had her own children, and for years now she has been devoted to writing and drawing beautiful books that entertain, inspire and comfort children of all ages.

Tina is the final interview in our Women in Publishing series for Women's History Month 2020.

Ninja Boy’s Secret was your first book. Now that you’ve been through it, what advice would you give to someone who would like to become an author?

It's never too late to follow your bliss. I didn't start writing children’s books until I was 40 years old, and I didn’t publish Ninja Boy’s Secret until I was 46. My background and education are in fine art. After many years pursuing a career as a studio artist, I realized that my heart just wasn’t in it. What I really wanted to do was make picture books. Making that transition, at my age, was intimidating. I collected stories of other late bloomers to cheer me on.

(Julia Child was 49 years old when her first cookbook, Mastering the Art of French Cooking, was published. JK Rowling was 32 when the first in the Harry Potter series, Philosopher's Stone, was first published. And that came only after receiving rejections from12 major publishers before finding the one that said Yes. Vera Wang didn’t even enter the fashion industry until age 40. Today she's one of the world's premier women's designers. Laura Ingalls Wilder published the first in the Little House books at age 65.)

So my advice to anyone wanting to be an author, no matter what their age, is to never stop. Never stop writing, and never stop trying to get published. It took me five years and countless rejections before I found a publisher in Tuttle. It doesn’t matter how many no's you receive. It only takes one yes! 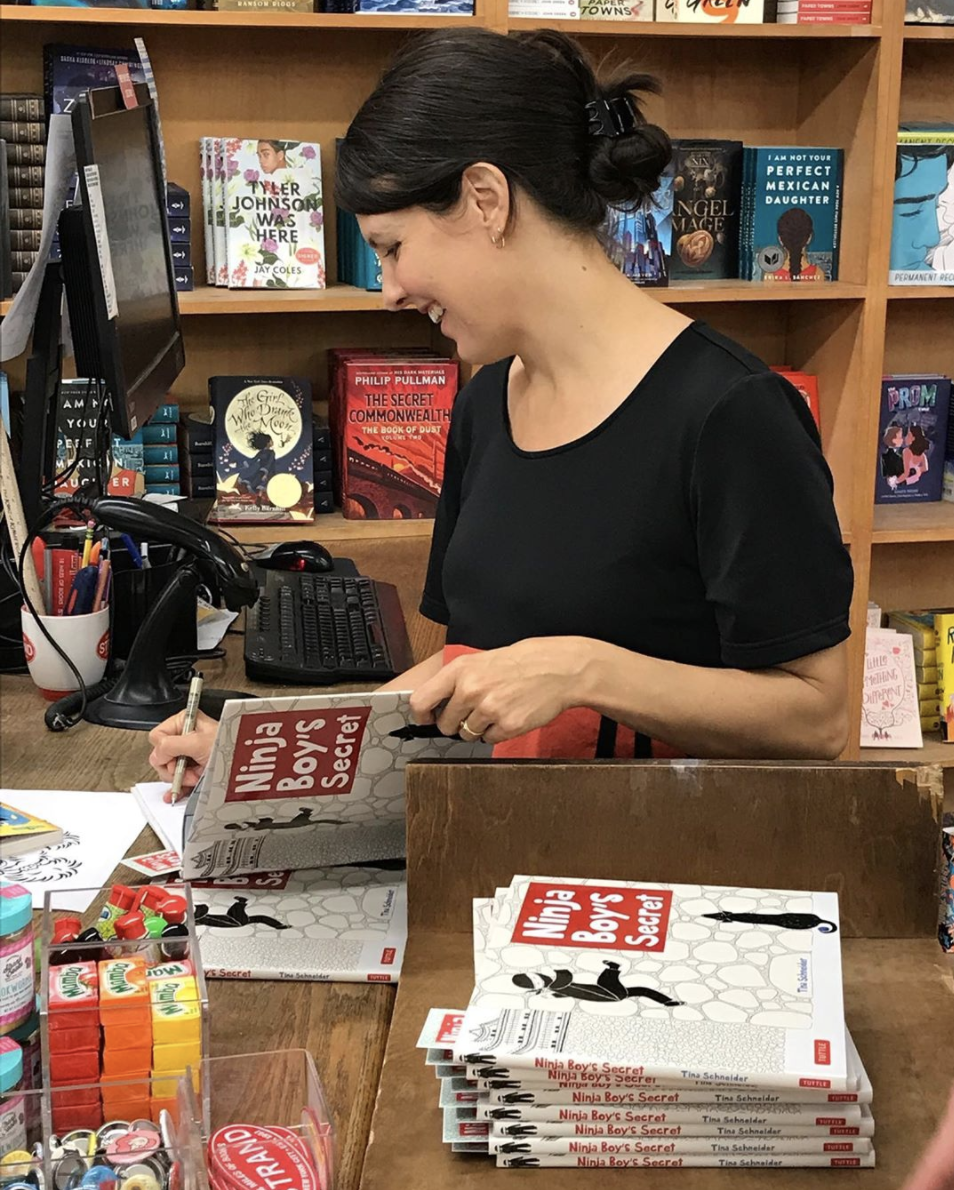 Did you always want to be an artist? Did anyone ever urge you to pursue a more “traditional” career instead?

There was never a moment when I thought, "I want to be an artist." Drawing and writing was just how I navigated the world, and how I came to understand how I was connected to it. It still is. Growing up, drawing was so second nature to me that I didn’t consider it as a career choice. When people would ask me as a child, what do you want to be when you grow up, I thought this meant that you had to grow up to be something other than who you already were.

I did take short explorations into the other career possibilities, but nothing felt right, I always found myself wandering (somewhat apologetically) back to art. I thought doing something, should feel hard, it should feel like ‘work’, and I undervalued my talent and enjoyment as clues in shaping my own life. I had a professor who said, “Do what comes easiest to you, it is not easy for everyone else. It's easy for you, because it is a gift.” I was very fortunate to have parents that never tried to push me in any particular direction, I was supported to follow my curiosity and celebrated for discovering my true self. 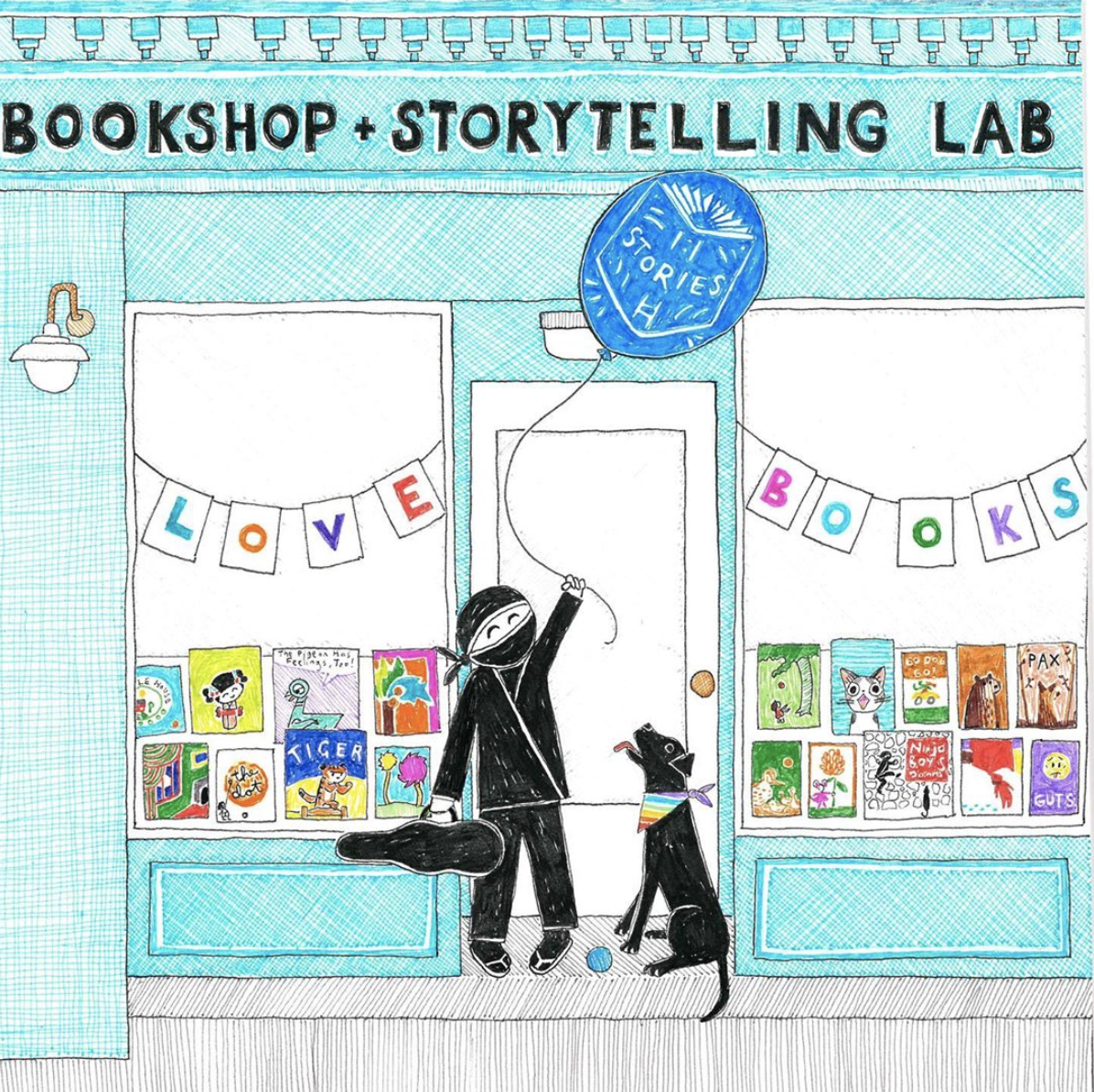 The most difficult part and the most fun part of making this book are actually one in the same for me, illustrating the book!

Difficulty and fun are not mutually exclusive of each other. In fact, I believe, they are dependent upon each other. It is the very struggle that makes something so deeply pleasurable. When I first started illustrating the book I found it extremely difficult. I was overly critical of everything that I attempted to draw and would quickly give up. At times I felt disabled by fear. I wanted the book to be perfect and I was afraid that I might not be able to capture the vision I had for Ninja Boy’s Secret.

As a way around this harsh internal judge, I decided to devote the work to my children. This lifted the pressure, and made my focus and process an act of love. This cleared the way for the fun part, which is also illustrating the book! Drawing is the one activity in life that gives me the greatest joy. It is so fun to make something from nothing, to start with a pad of blank paper and finish with a whole new world for a story to inhabit.

Where do you draw your creative inspiration from?

My inspiration comes from everywhere: shadows on the sidewalk, a fly buzzing around my head while I try to practice yoga, an unexpected kiss from a dog. Sometimes I feel like I view the world through ‘story book’ glasses, everything looks like a good idea for a story to me.

But more often than not, my ideas come from experiences I share with my children. I have three children. Ninja Boy’s Secret was inspired by my son. He is now seventeen years old, but when he was in elementary school he was not a stereotypical little boy. He was not rough and tumble. He did not like sports. At the playground he did not run around playing soccer or wrestling with his friends. He liked to just sit quietly, not unlike Ferdinand the bull, and watch, and listen, and think about things and talk about all the ideas he had.

I wanted to write a book for my son that supported and celebrated who he really is. Ninja Boy’s Secret, at its heart, is a coming out story. It’s my hope that readers can likewise be encouraged, like Ninja Boy, to follow their bliss. 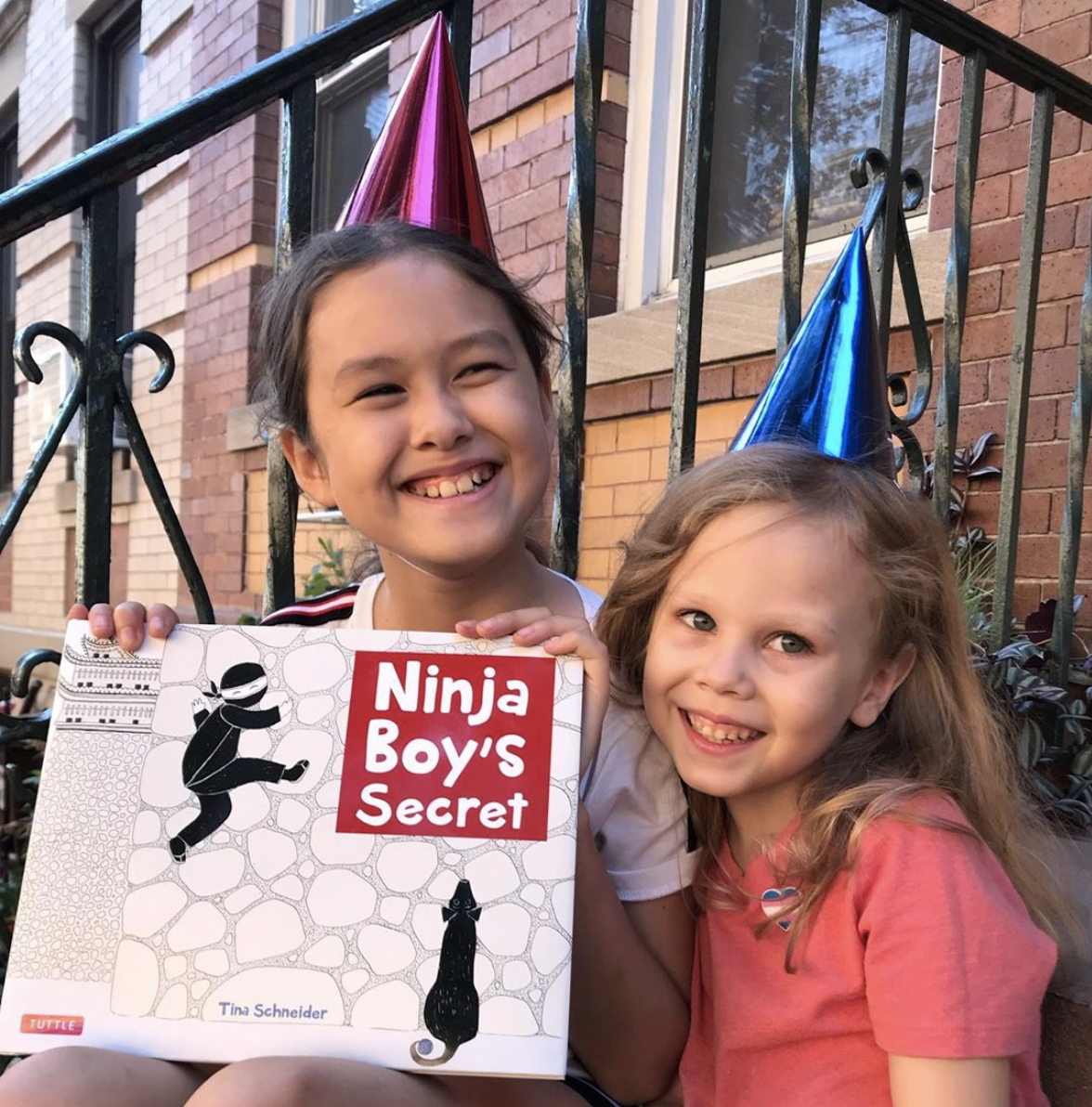 What thought went through your head when you saw your book on SNL?

The moment I spotted Ninja Boy’s Secret on SNL was both hilarious and surreal. I rarely watch SNL, its on too late, and I wake up too early! But my six year old daughter is a big fan of RuPaul, (She wants to be a drag queen when she grows up. She also wants to be a nurse, a singer, an artist, and an ice-cream chef!) so we were watching the episode on Sunday morning. I don’t think anyone else would have spotted Ninja Boy’s Secret, it was buried in the background of a scene with RuPaul “reading” children’s books in a library.

But I know the cover of NBS so intimately, it jumped out at me like a face of a friend in a crowded room. When I pointed it out to my daughter she screamed with delight. It was like a piece of me had crossed over into the realm of the gods. She ran in jubilant circles around the living room, whooping and cheering and requesting to see the fleeting scene again and again and again. 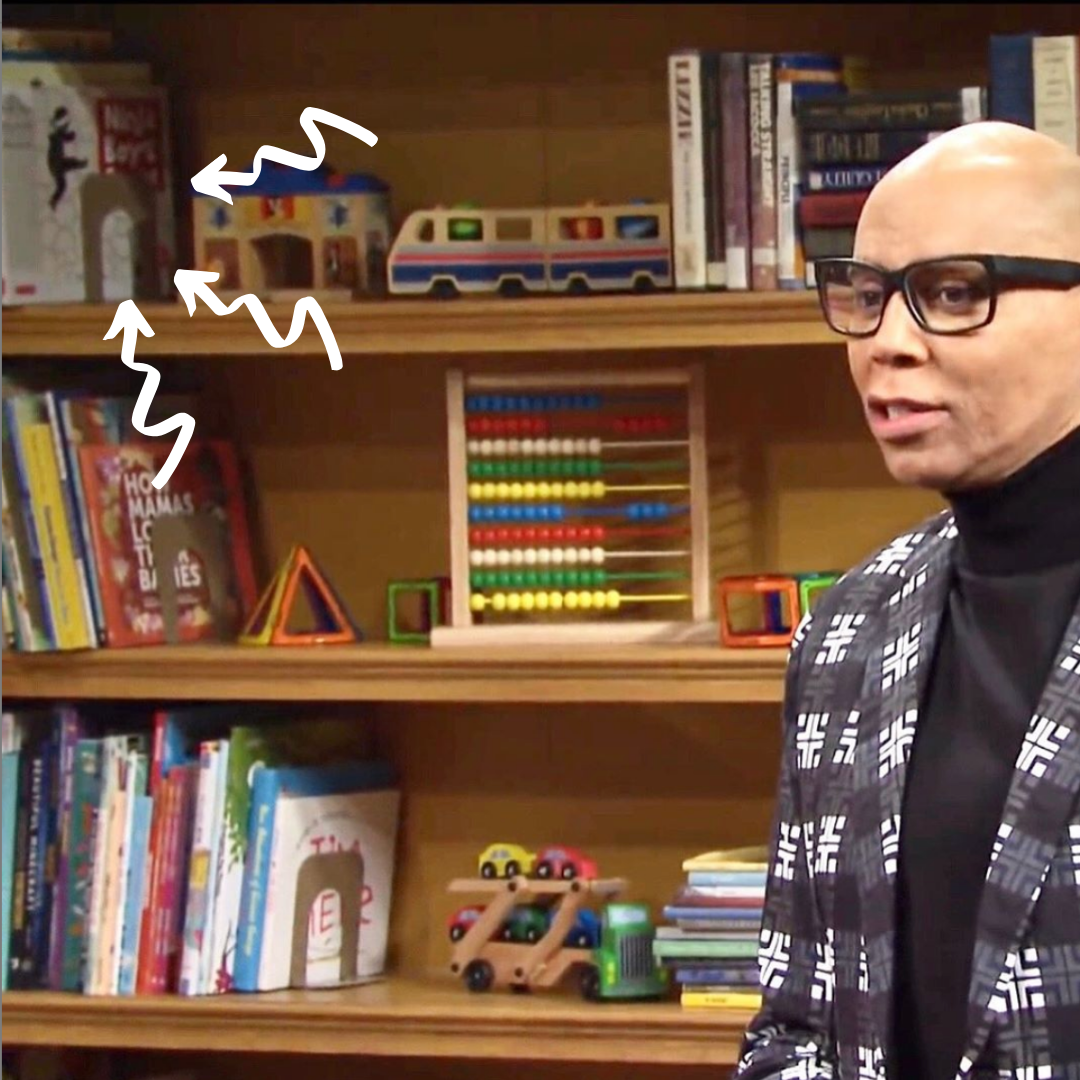 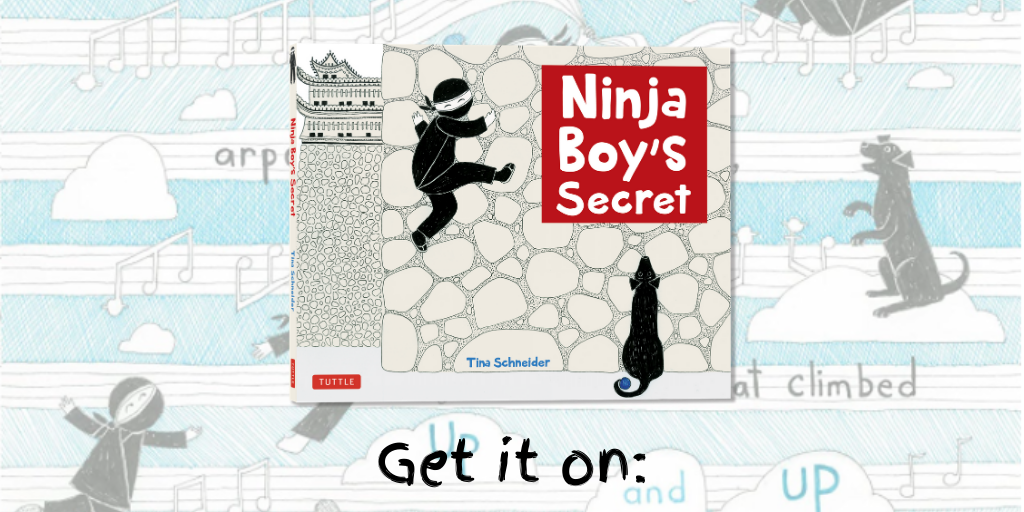