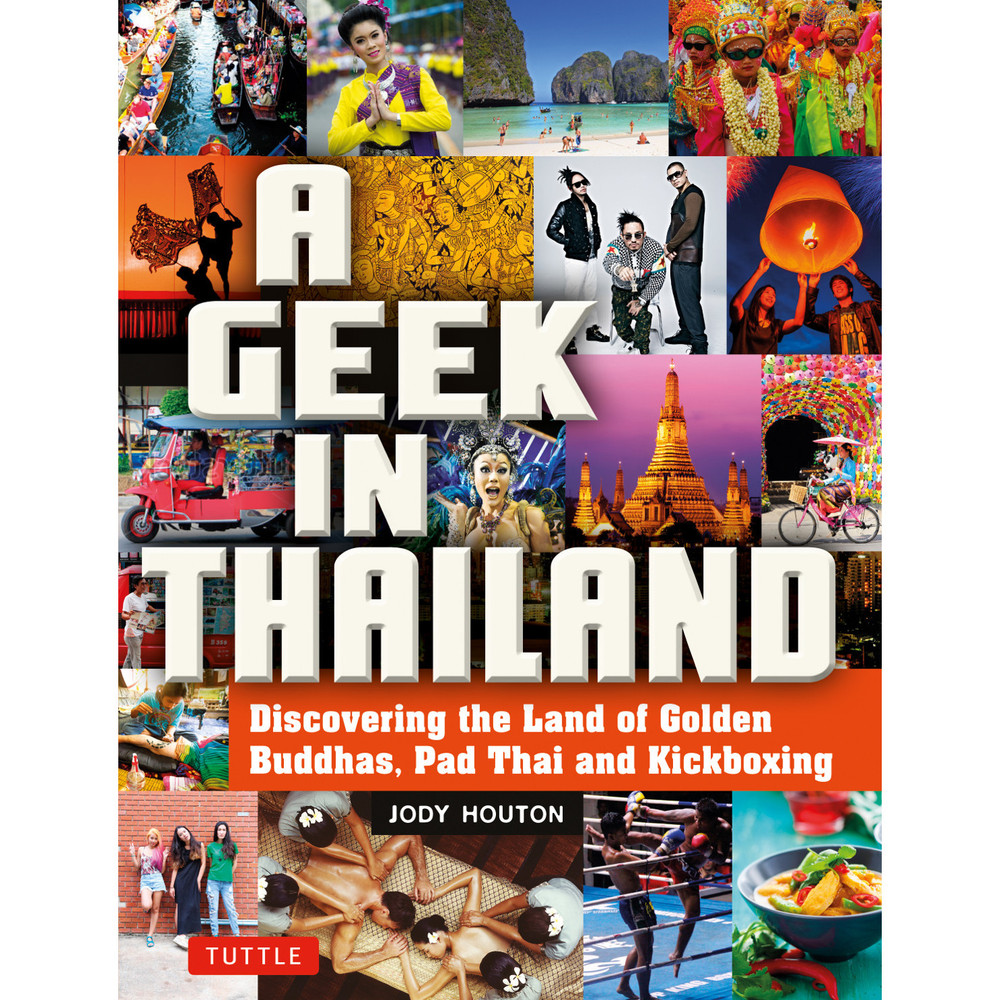 A Geek in Thailand is a light-hearted but perceptive look at one of the world's most visited countries from the viewpoint of a young foreign resident.

More than just a Thai travel guide, it offers a concise but insightful take on Thailand for tourists, expats, would-be expats, and others--anyone, in fact, with interest in visiting or learning about the Land of Smiles.

Packed with short articles accompanied by sidebar stories and interviews and evocative color photographs, the author paints a vivid and revealing picture of a country built on a deep reverence for nation, religion and monarchy, yet with its own distinct, individualistic perspective.

Subjects range from the touchstones of Thai culture and history, such as its politics and economy, Buddhism and folklore, to chapters on traditional Thai design and craftsmanship, including its highly acclaimed architecture and fine silk textiles. There are also chapters on the globally popular Thai food and entertainment like kickboxing and cabaret. Chapters on the Thai character and cultural do's and don'ts will allow the reader to go beyond the Thai smile.

For visitors to the country, the author includes his top ten things to see and do in the main tourist destinations as well as an account of the principal festivals and tips on getting around.


About the Author:
Jody Houton is a UK-born journalist who has traveled extensively since leaving university, and lived and worked in several different countries before settling in Thailand. His work at a number of Thai newspapers, magazines and radio stations in both the tourist area of Phuket and the capital city of Bangkok has allowed him access to some of the country's most interesting, bizarre and influential people and given him the opportunity to delve more deeply into the Thai psyche, lifestyle, culture and experience. It has also given him a unique vantage point to speak of Thailand and Thai people from the perspective of tourist, foreigner, expat and resident. The expat experience, in particular, has enabled him to form an unbiased interpretation of the benefits and disadvantages of being a foreigner living and working in Thailand.