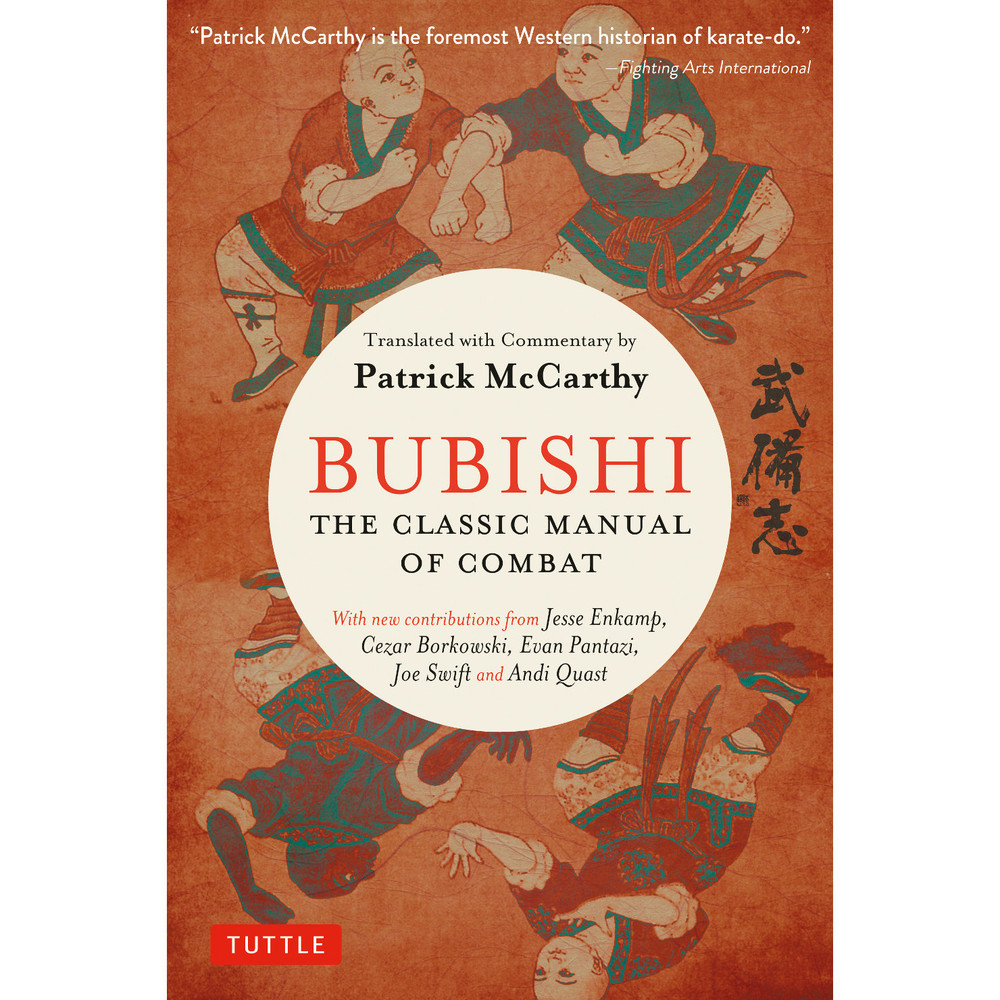 Treasured for centuries by karate's top masters, the Bubishi is a classic Chinese work on philosophy, strategy, medicine, and technique as they relate to the martial arts.

Referred to as the "bible of karate" by famous master Chojun Miyagi, for hundreds of years the Bubishi was a secret text passed from master to student in China and later in Okinawa. All of karate's legendary masters have studied it, applied its teachings, or copied passages from it. No other classic work has had as dramatic an impact on the shaping and development of karate as the Bubishi.

Karate historian and authority Patrick McCarthy spent over ten years researching and studying the Bubishi and the arts associated with it. The first English translation of this remarkable martial arts manual includes numerous explanations and notes. McCarthy's work also includes groundbreaking research on Okinawan and Chinese history, as well as the fighting and healing traditions that developed in those countries, making it a goldmine for researchers and practitioners alike. For the final word on the true origins and spirit of classic Okinawan martial arts, one need look no further. This karate book is one of the best karate training supplements available.

This new paperback edition includes additional commentary from the translator, as well as a new foreword.


About the Author:
Patrick McCarthy is one of the few foreigners to teach karate-do in Japan. Moreover, he is recognized worldwide as one of the foremost authorities on the civil fighting traditions of Okinawa. He is also the first Westerner ever to be awarded the coveted Kyoshi 7th Dan Teacher's License from the Kyoto's prestigious Dai Nippon Butokukai. He has been practicing karate-do since the 1960s, and also studied a variety of Chinese, Southeast Asian, and western fighting arts. He is a 9th Dan and is also the author of Ancient Okinawan Martial Arts Volumes 1 and 2.