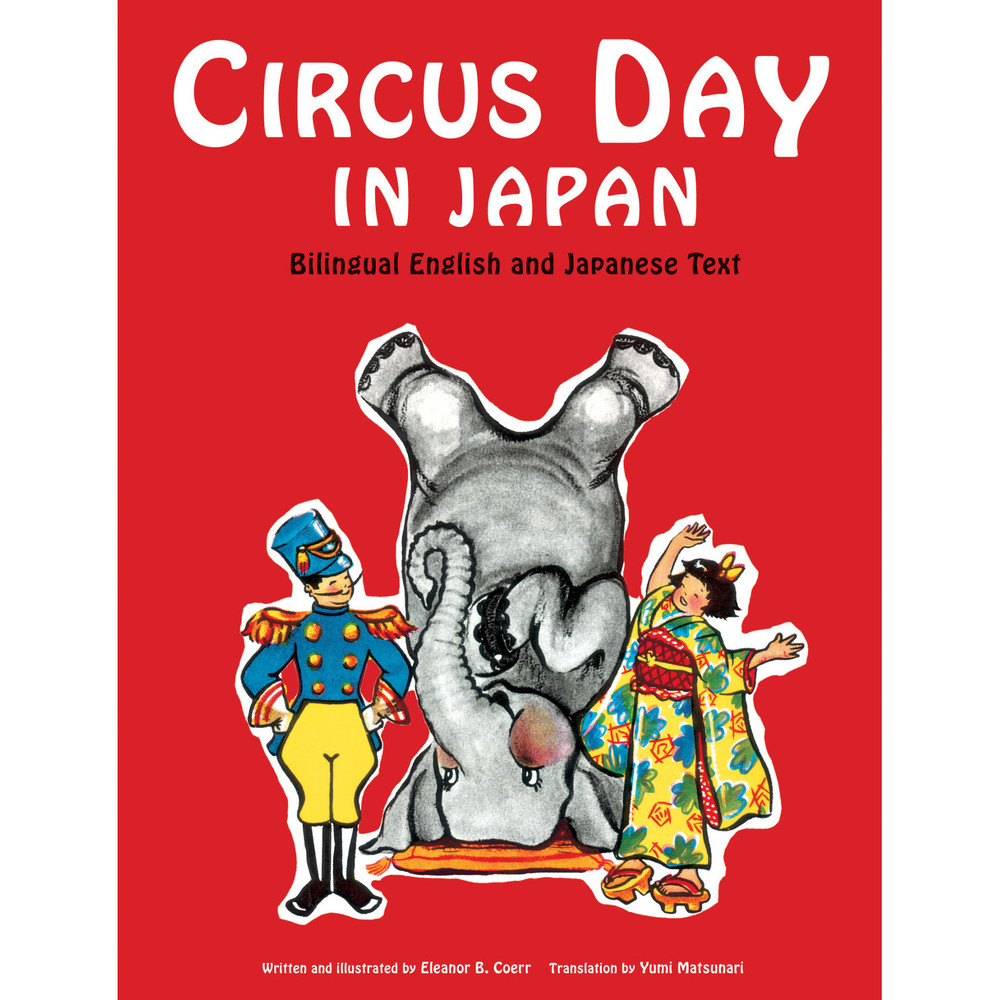 This multicultural children's book contains both English and Japanese script along with beautiful, colorful illustrations.

Perfect for those interested in retro books, the simple text and artwork provide a nostalgic window into Japanese family life in the early 1950s. Originally written by Eleanor Coerr, author of the popular Sadako and the Thousand Paper Cranes, this English translation of a classic Japanese children's book accessible to a new generation of both English and Japanese speaking readers.


About the Author:
Eleanor B. Coerr traveled to Japan as a newspaper reporter in 1949, where she lived on a farm for a year, learning the language. Inspired by her farm family and a visit to a local circus, Eleanor wrote and illustrated Circus Day in Japan. It was first published by Tuttle in 1953 and remained in print until 1968. Eleanor is best-known for Sadako and the Thousand Paper Cranes.

Yumi Matsunari is a professional translator and interpreter living in Fukui, Japan. She studied in Kyoto, Cambridge and London. Among her works are A Treasury of Japanese Folktales and Japanese Made Easy.