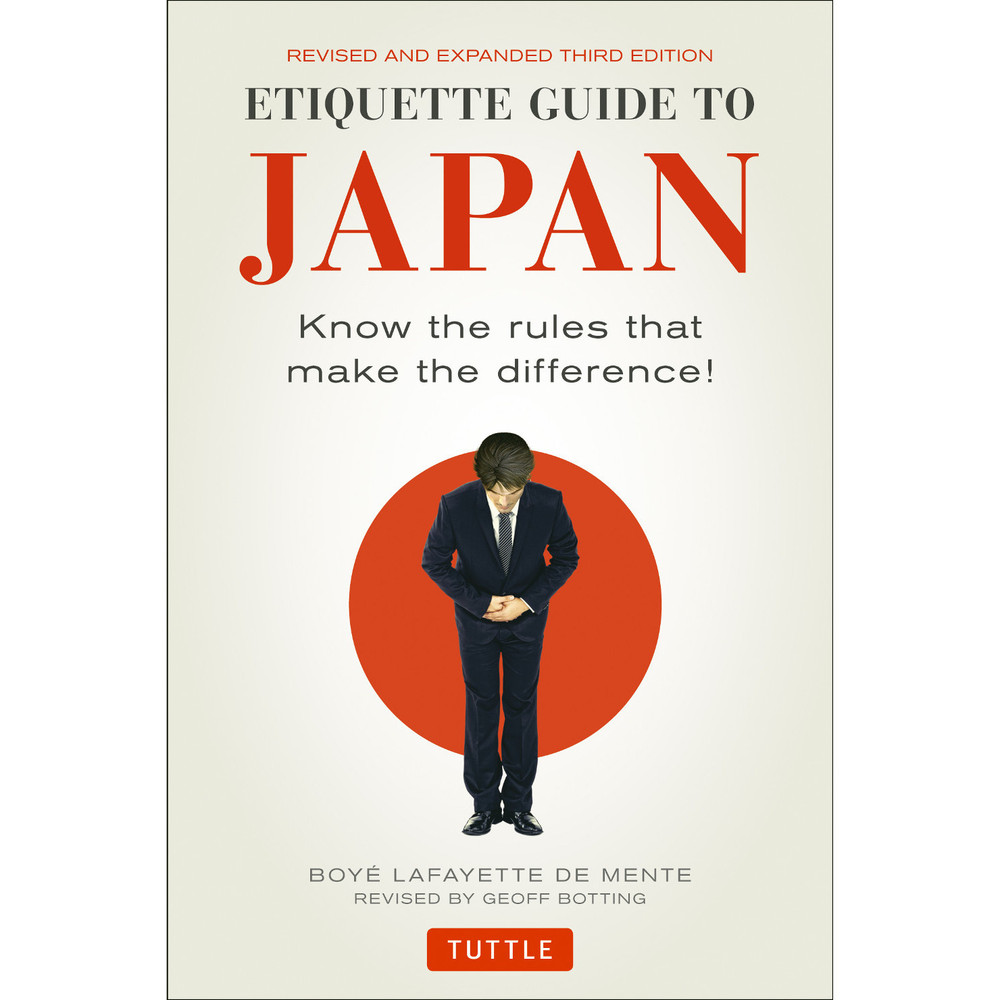 Minding your manners is an acquired skill, but what serves you well elsewhere could trip you up in Japan. Save yourself possible embarrassment with Etiquette Guide to Japan. An inside look at Japanese social graces, it answers all the questions of the thoughtful traveler. Extensive, specific information on Japanese business etiquette assists readers traveling to Japan for business.

Although often overshadowed by a modern facade, long-standing traditional aspects of Japan's culture still influence the country and almost everyone in it. Concrete evidence of this traditional culture can be seen everywhere--in the ancient arts and crafts that are still essentiasl parts of everyday life, in the many shrines and temples that dot the nation, and in the recent comeback of traditional fashions such as kimono and yakata robes.

To many Western visitors, however, the most obvious example of this traditional culture's strength is the unique etiquette of the Japanese. Like many nations, Japan has experienced vast political, social, and economic change over the past century. But enough of Japan's traditional etiquette remains to set the Japanese apart socially and psychologically and to make success in socializing and doing business with them a unique challenge for Westerners.

About this new version:
This updated and expanded edition of the best-selling Japanese etiquette guide addresses not just the puzzling protocols relating to name cards, bowing or shaking hands, bathrooms and public baths--but also what to do when entertaining Japanese dinner guests, attending a Japanese tea ceremony, taking the subway, and much more! It also provides the latest etiquette in mobile phone manners, texting, social media and other forms of digital communication.

The glossary at the back of the book has been revised to include the latest technology-related words and expressions used by Japanese today. Two new chapters address the changing role of foreigners in the workplace and the contemporary business style and etiquette used by the younger generation of Japanese who are now increasingly cosmopolitan--but still very Japanese!


About the Author:
Boye Lafayette De Mente has been involved with Japan, China, and Korea since the late 1940s as a member of a U.S. intelligence agency, student, trade journalist, editor, and author working out of Tokyo, Seoul, Hong Kong, and Singapore. He is a graduate of Jochi University in Tokyo and The American Institute for Foreign Trade (now Thunderbird: The School of Global Management, in Glendale, Arizona). His 70-plus books include Japan's Cultural Code Words, Business Guide to Japan, and Japan Unmasked.

Geoff Botting has lived in Japan for more than a quarter-century, long enough to witness Japan's economic bubble, its bursting and the changes that came in its wake. He is a freelance translator and print and broadcast journalist, specializing in business issues. He has a degree in economics from the University of Victoria in Canada and a diploma from Kai Japanese Language School in Tokyo.