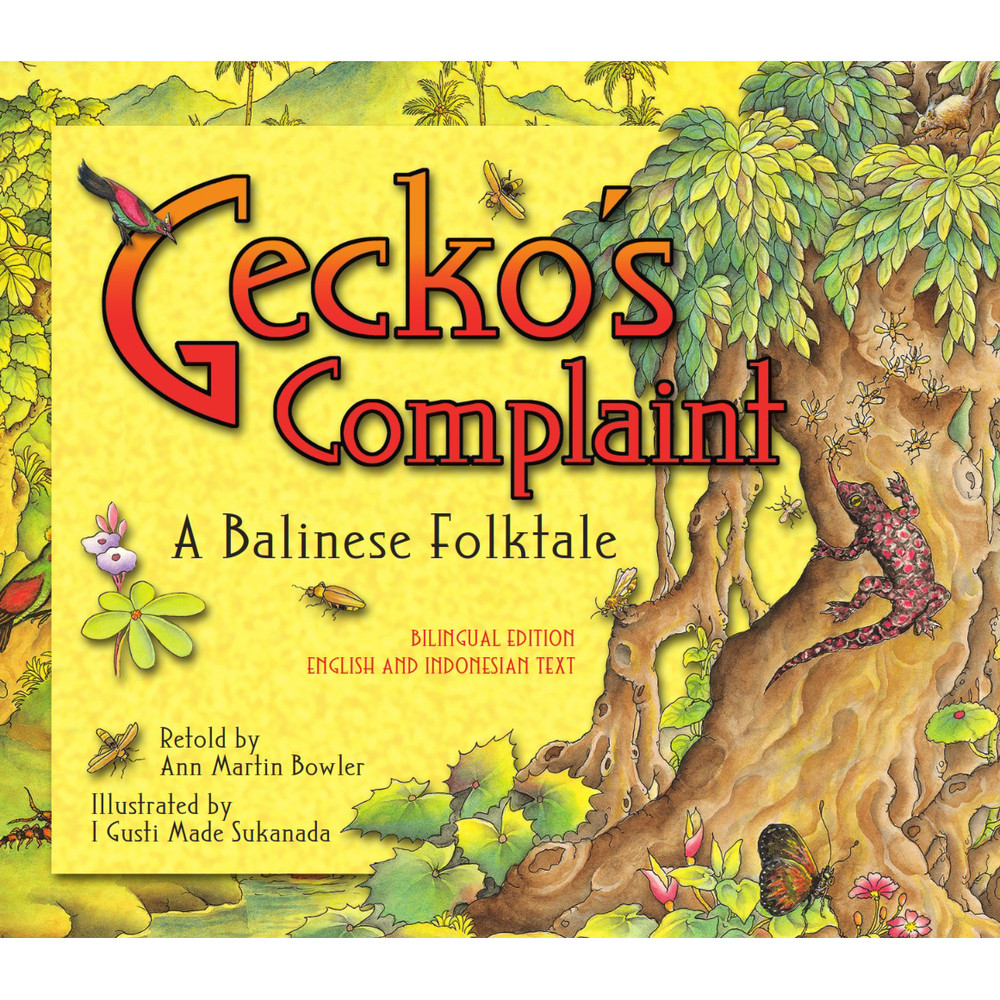 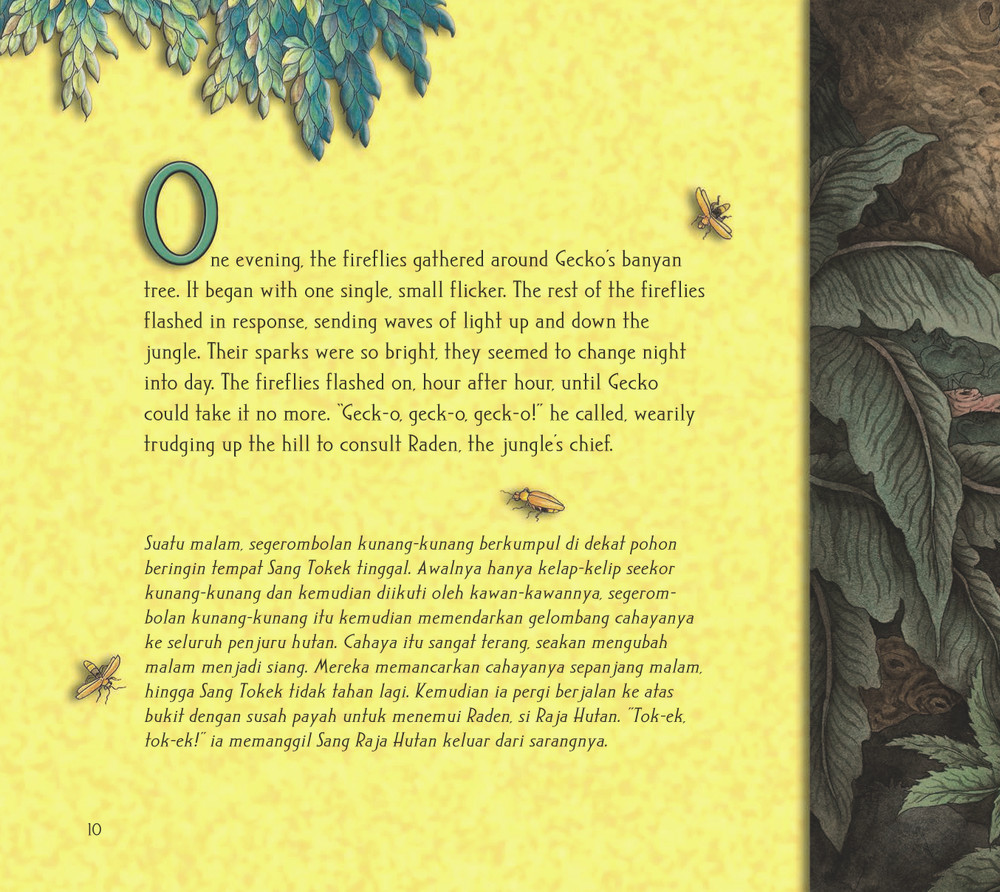 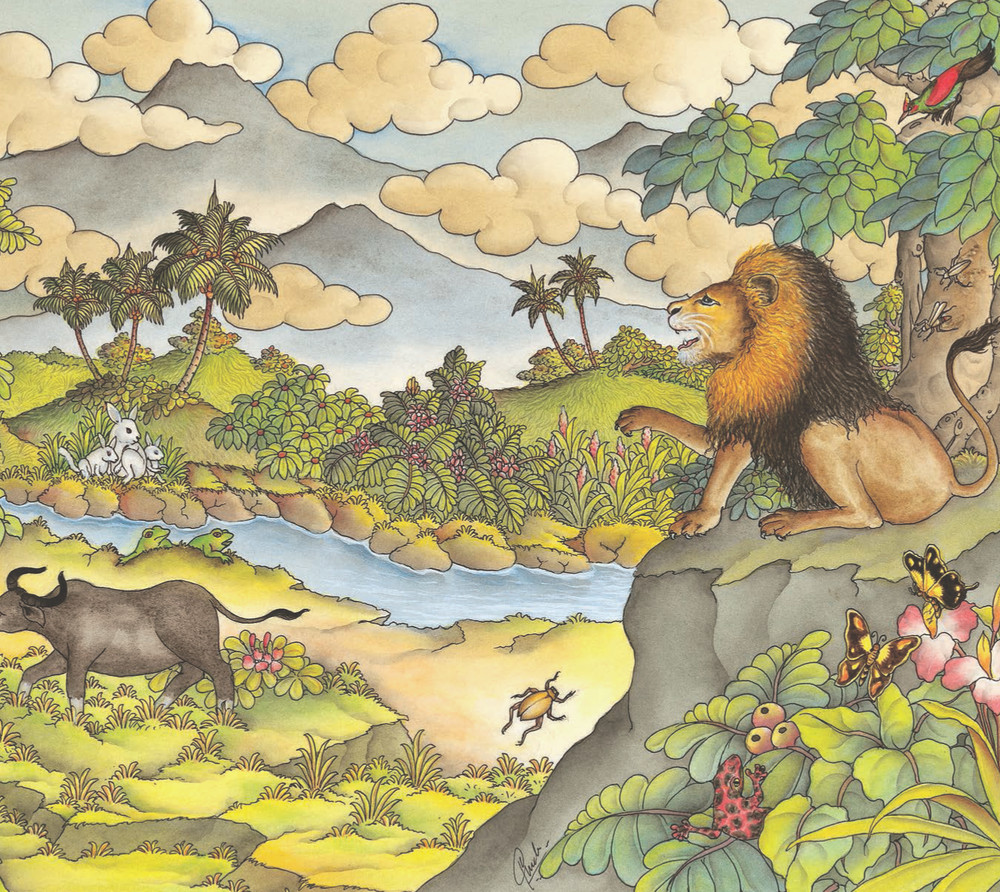 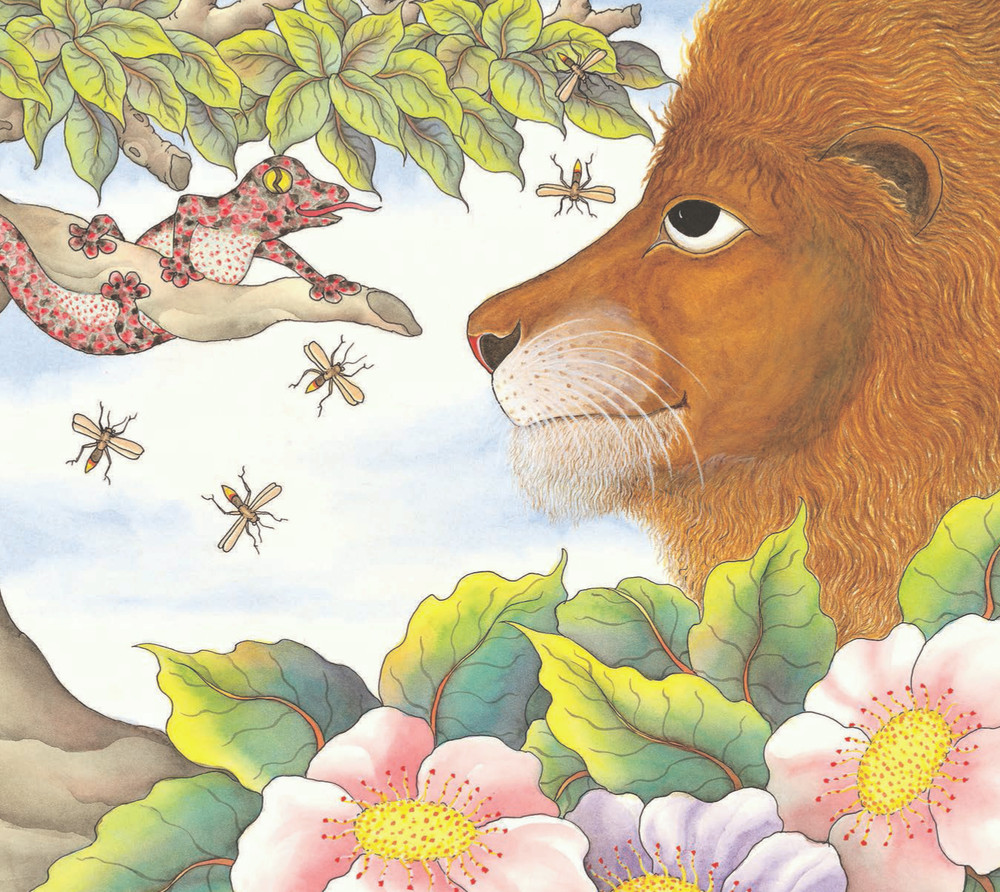 Featured as a "Top Pick" on TravelForKids.com, Gecko's Complaint tells the story of a Gecko who once lived on the island we now call Bali, in a jungle dense with flowers and vines.

After hundreds of fireflies disturb Gecko's sleep, he complains to kindly Raden, the jungle's lion leader. In his efforts to get to the bottom of Gecko's troubles, Raden discovers all too much complaining and far too many irritable animals. Can Raden help the animals with their troubles? Can peace and happiness return to the jungles of Bali?

A simple yet absolutely delightful Balinese folktale for kids, this bilingual edition, which features both English and Indonesian text, is a perfect introduction to the true spirit of Bali. The Indonesian island of Bali has a strong art and storytelling tradition--folktales that have been passed down from generation to generation. As a nation with over 18,000 islands, Indonesia has hundreds of traditional languages and cultures, each with myths and legends to tell. With its backdrop of volcanoes, earthquakes, dense jungles, diverse wildlife and people, it is not surprising that Indonesia is rich with fabulous, imaginative tales.


About the Author:
Ann Martin Bowler was born in the United States and raised in Ojai, California. She is a full-time writer and has traveled with her family to Indonesia many times. Gecko's Complaint is her fourth children's book. She is also the author of Adventures of The Treasure Fleet: How China Discovered the World (published by Tuttle Publishing).

I Gusti Made Sukanada was born in Bali. He began painting at the age of 11 and has been a painter by profession since. He paints in a traditional Balinese style, using acrylic paint, pen and ink. Sukanada's work has been shown in many countries around the world.