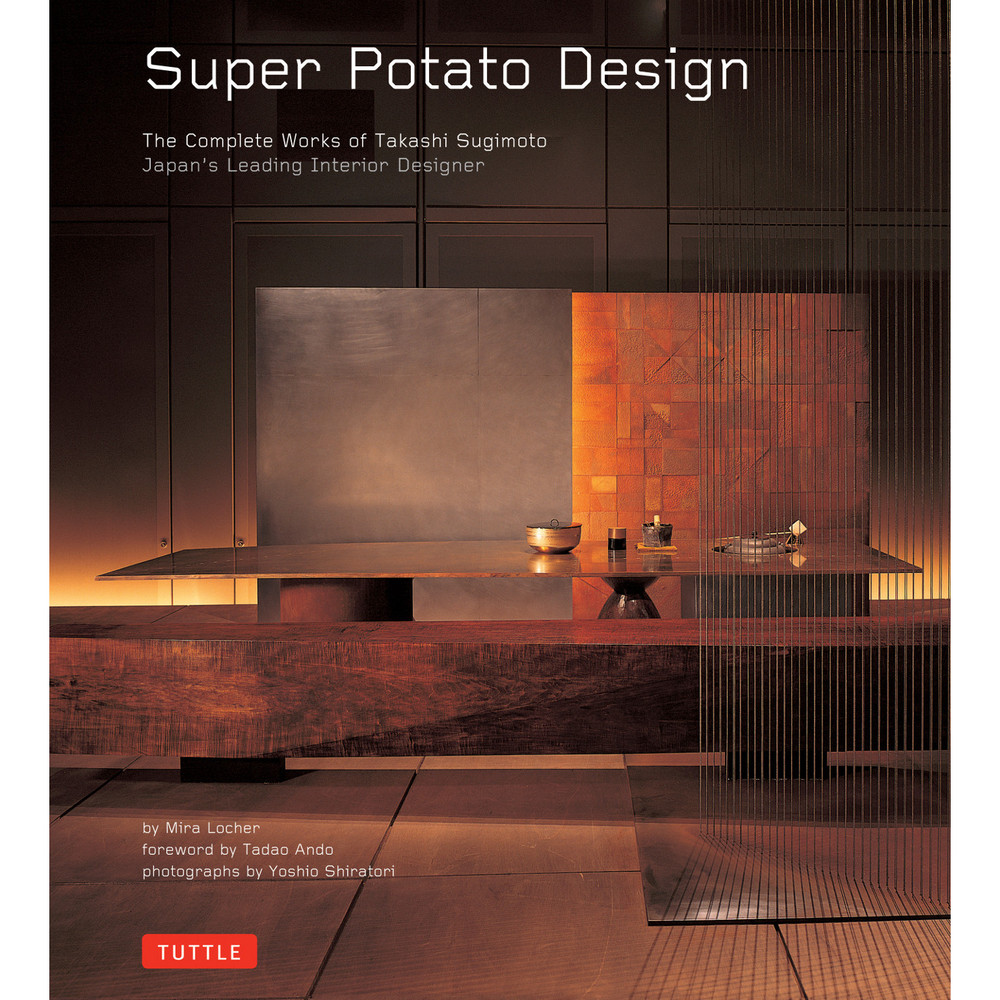 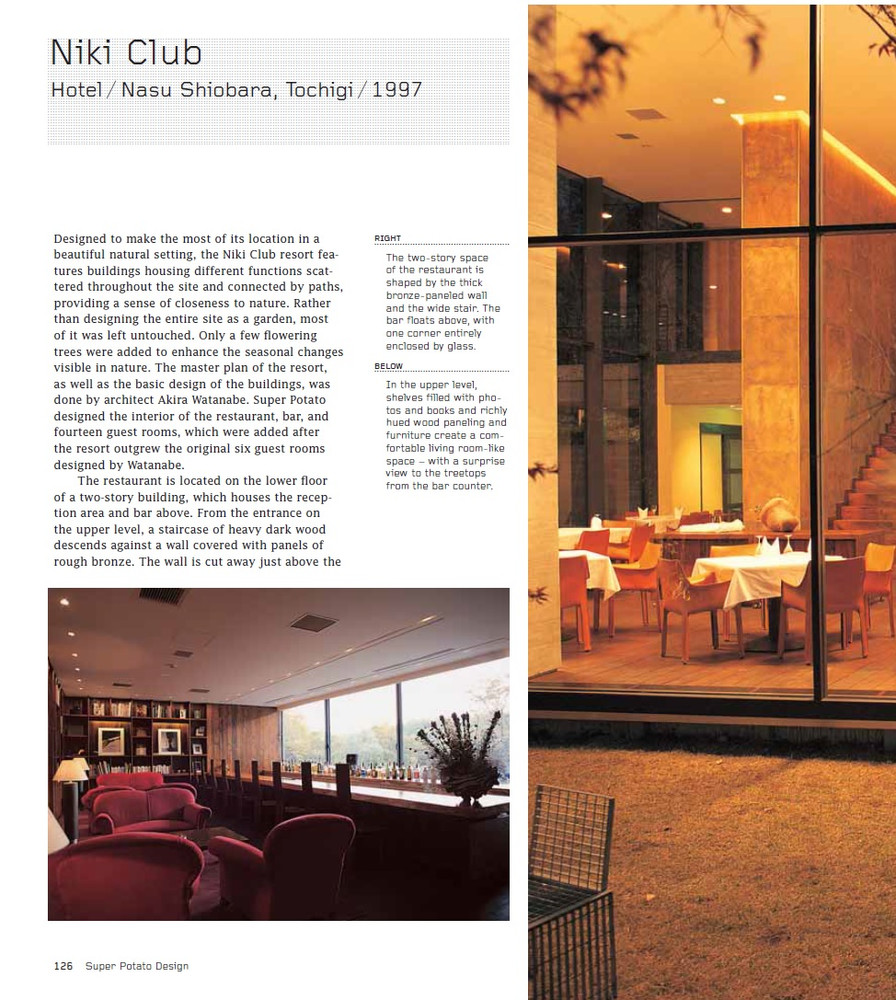 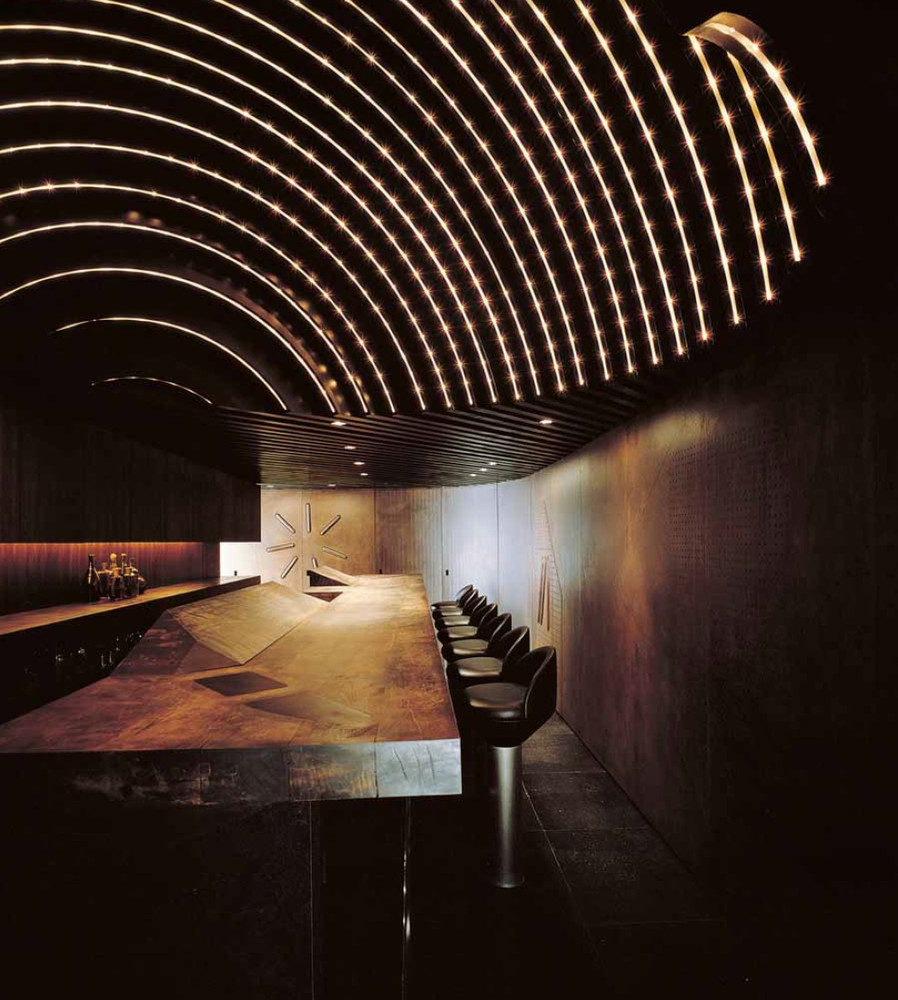 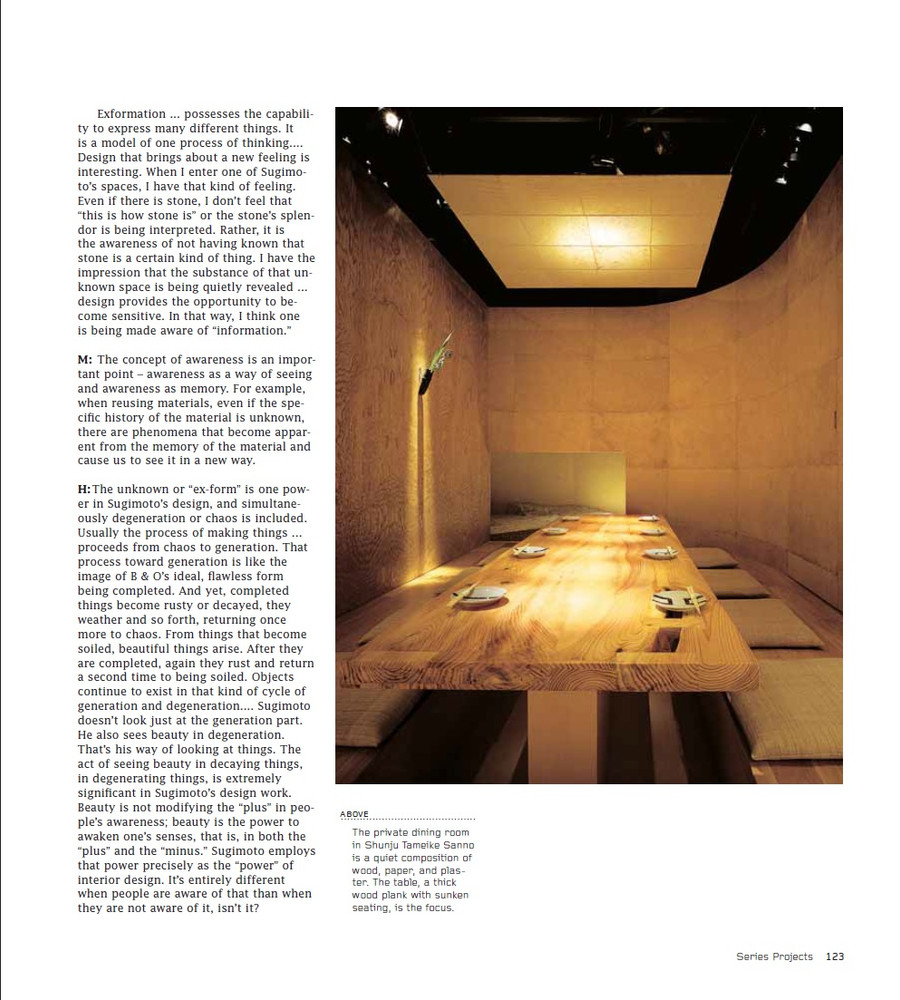 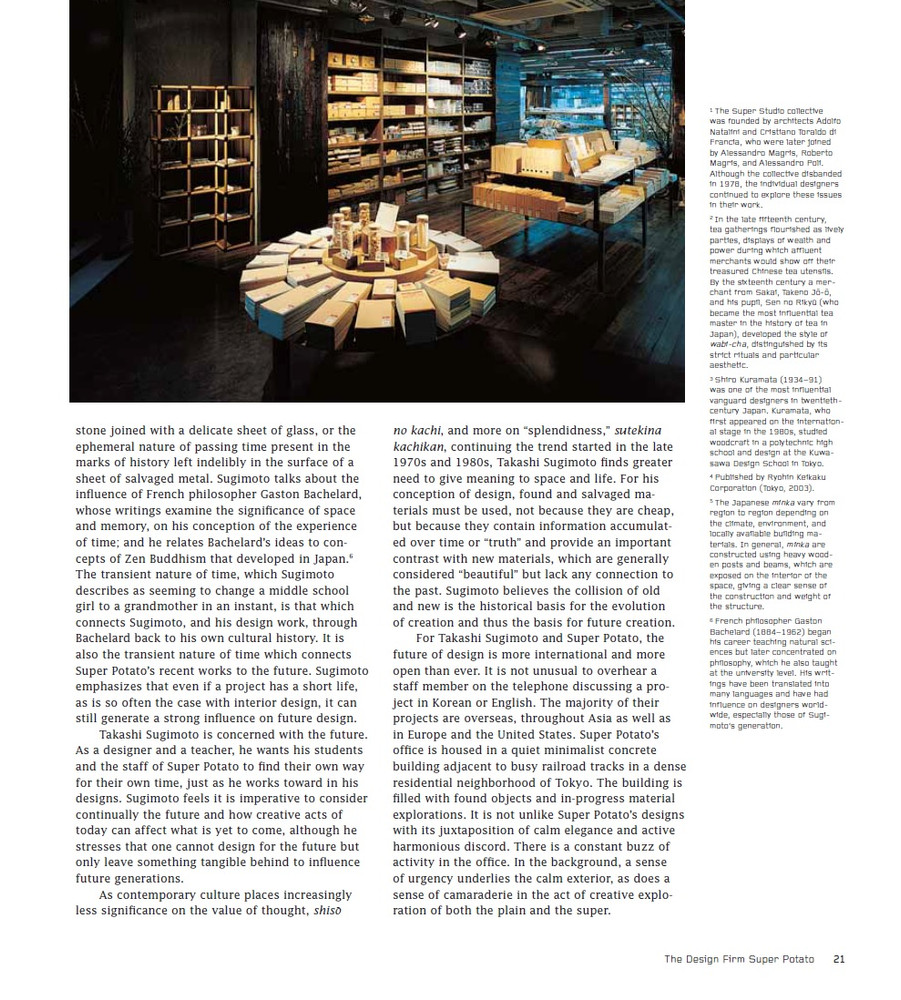 Super Potato's compelling designs for the interiors of restaurants, shops and hotels, as well as Takashi Sugimoto's designs for tea ceremony spaces and utensils, are richly complex compositions of materials which create simple, strong spaces.

Super Potato Design is generously illustrated with 320 full-color photographs by the respected Japanese photographer Yoshio Shiratori, who has recorded Super Potato's projects since the firm's conception in 1973. Architect and Japan scholar Mira Locher introduces the ideas and influences of Takashi Sugimoto, the founder and principal designer of Super Potato, and provides a thorough explanation of each project. Architectural drawings further describe the projects. A forward by Tadao Anso, interviews between Takashi Sugimoto and architect Kiyoshi Sey Takeyama, and also graphic designer Kenya Hara, explore the ideas relevant to Japanese designers today. A list of the Complete Works of Super Potato rounds off the book.

Mira Locher is an architect and professor who works in the U.S. and Japan. She studied at Smith College before receiving her Master of Architecture degree from the University of Pennsylvania. After working for Team Zoo Atelier Mobile in Japan for seven years, she set up an architectural practice in the U.S. with Takayuki Murakami. Mira Locher is Dean of the Faculty of Architecture at the University of Manitoba (Canada). She is the author of Super Potato Design, Zen Gardens and Zen Garden Design.