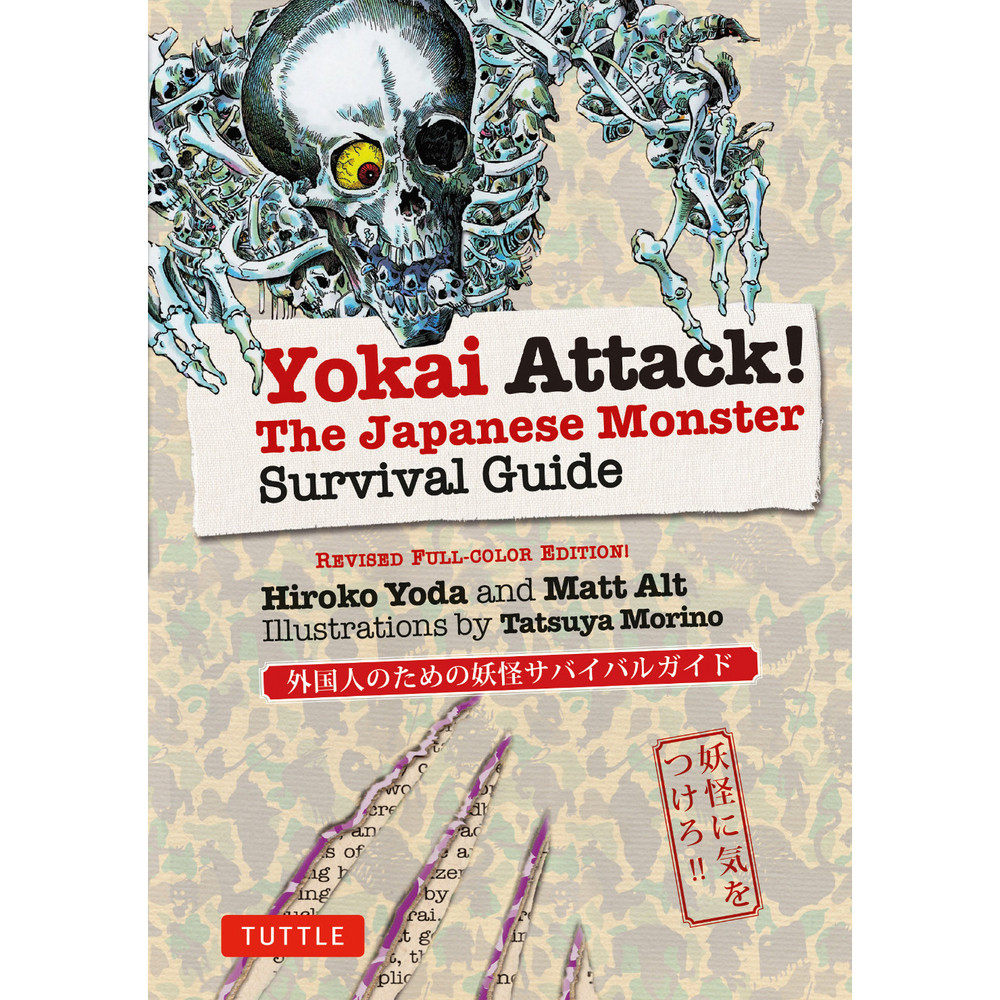 Yokai Attack! is a nightmare-inducing one-stop guide to Japan's traditional monsters and creepy-crawlies.

Yokai are ethereal sorts of beings, like ghosts, nearly always encountered at night; everyone has their own take on how they might look in real life and what sorts of specific characteristics and abilities they might have. This book is the result of long hours spent poring over data and descriptions from a variety of sources, including microfilms of eighteenth-century illustrations from the National Diet Library in Tokyo, in order to bring you detailed information on almost 50 of these amazing creatures for the first time in English.

Illustrations, created by the talented Tatsuya Morino, detail the potential appearance of each yokai. Alongside each illustration is a series of "data points," with each yokai's significant features at a glance--especially handy for any potential close encounters.

Yokai Attack! will surely convince you that Japan's tradition of fascinating monsters is a long one--yet far from being history.
Book 1 of 3 in the Yokai Attack! series. Others include Ninja Attack! and Yurei Attack!.


About the Author:
Matt Alt and Hiroko Yoda are a husband and wife team who run a Tokyo-based translation company that specializes in producing the English versions of Japanese video games, comic books, and literature. They are the co-authors of Ninja Attack! and Yurei Attack!, both originally published by Kodansha International and with new expanded editions from Tuttle Publishing.