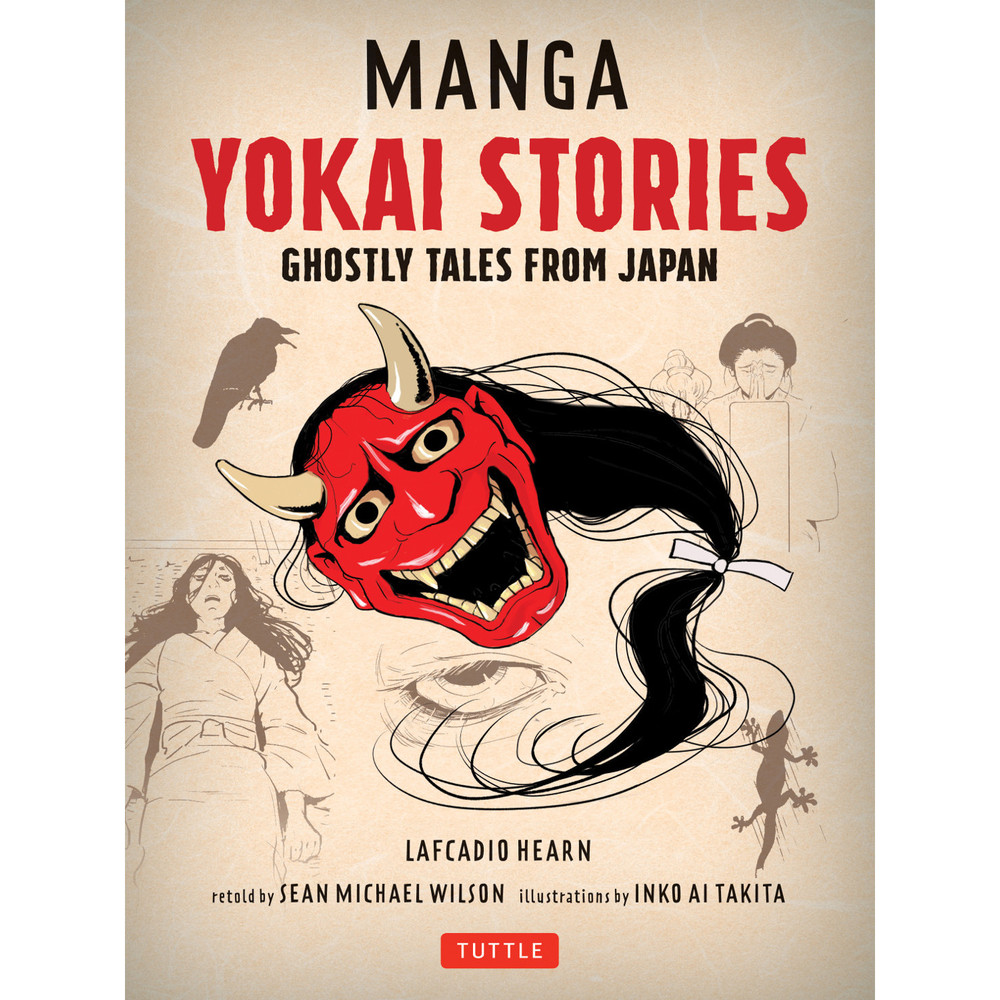 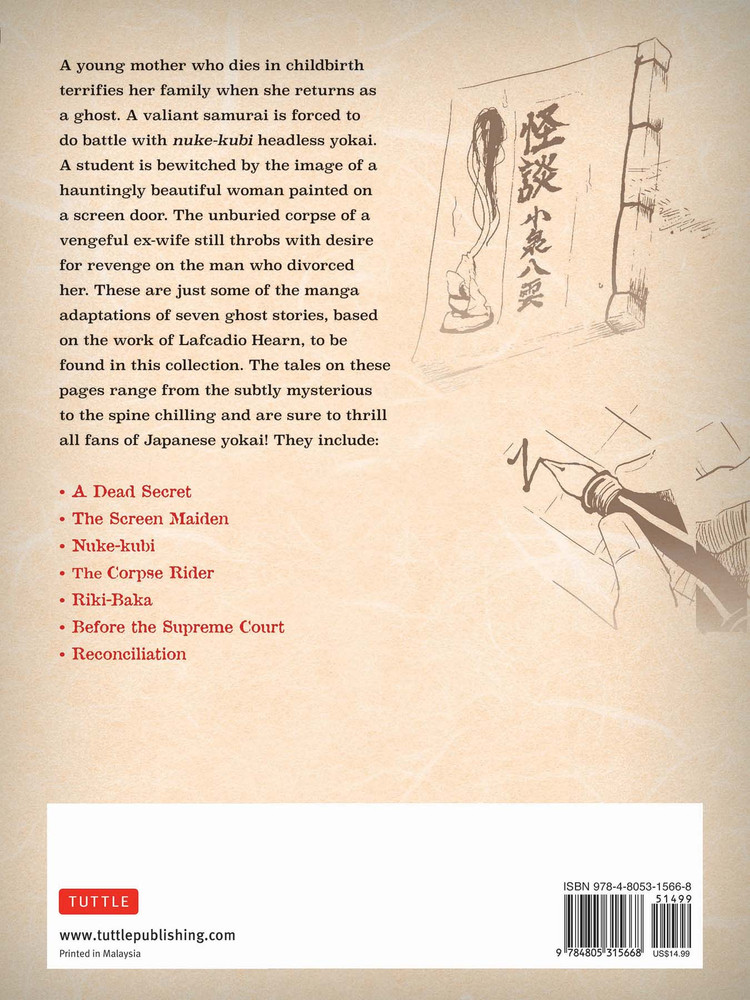 These classic Japanese ghost stories are based on those written by famed author Lafcadio Hearn between 1890 and 1904. Here, they are retold by award-winning comic book writer Sean Michael Wilson, who has garnered a worldwide fan base for his manga adaptations of works of Japanese literature, including such classics as The Book of Five Rings and The Demon's Sermon on the Martial Arts.

This book is in traditional Japanese reading order--from back to front--so that fans and manga lovers can enjoy an authentic reading experience.


About the Author:
Sean Michael Wilson, who adapted the text of Lafcadio Hearn's original stories for this collection, is an award-winning comic book writer from Scotland, who currently lives in Japan. He is the author of more than 30 books, published with a variety of US, UK and Japanese publishers.

Wilson is the editor of the critically acclaimed collection AX:alternative manga (Publishers Weekly's 'Best ten books of 2010' and nominated for a Harvey award). As an author, he has teamed up with many Japanese artists for a uniquely presented collection of Japanese history, martial arts and Samurai books, including The Book of Five Rings, Secrets of the Ninja, The 47 Ronin, and Cold Mountain (winner of China Comic and Animation Competition 2015 'Best Overseas Comic' award).

In 2016, his book The Faceless Ghost was nominated for the prestigious Eisner Book Awards and received a medal at the Independent Publisher Book Awards. Another one of his books, Secrets of the Ninja, won a 2017 International Manga Award, given by the Japanese government. In February 2021, Wilson was awarded the Scottish Samurai Award from the Order of the Scottish Samurai--a group that celebrates connections between Scotland and Japan--for his contributions as an author. seanmichaelwilson.weebly.com

Inko Ai Takita, the illustrator of this book, was born in Kyoto, Japan. She grew up with manga comics, loving both reading and drawing them. After graduating from Kyoto Zokei University of Art & Design, she moved to England and studied at Central St. Martin's College of Art & Design. She is now based in the UK where she delivers manga workshops in schools, galleries, museums and libraries. She has worked as a culture and language ambassador for London University School of Oriental and African Studies. More of her yokai and monster drawings appear in Ketsueki (Markosia, 2011) and Tam O'Shanter (Cranachan, 2019). You can visit her website: http://dokoteiinko.wix.com/inkoredible

Lafcadio Hearn (1850-1904) was born on the Greek island of Lefkas, the son of an Anglo-Irish father and a Greek mother. At the age of nineteen, he went to America, eventually ending up in New Orleans as a newspaper reporter. His flight from Western materialism brought him to Japan in 1890, where he worked for the Kobe Chronicle, and taught in various schools. In 1896, he began teaching English literature at Tokyo Imperial University, a position he held until 1903. Hearn married a samurai's daughter, became a Japanese citizen and a Buddhist and changed his name to Koizumi Yakumo. He became the great interpreter of things Japanese to the West. Hearn's most famous work is a collection of lectures entitled Japan: An Attempt at Interpretation (published posthumously in 1905). His other books on Japan include Kokoro (1896), In Ghostly Japan (1899) and Japanese Miscellany (1901).