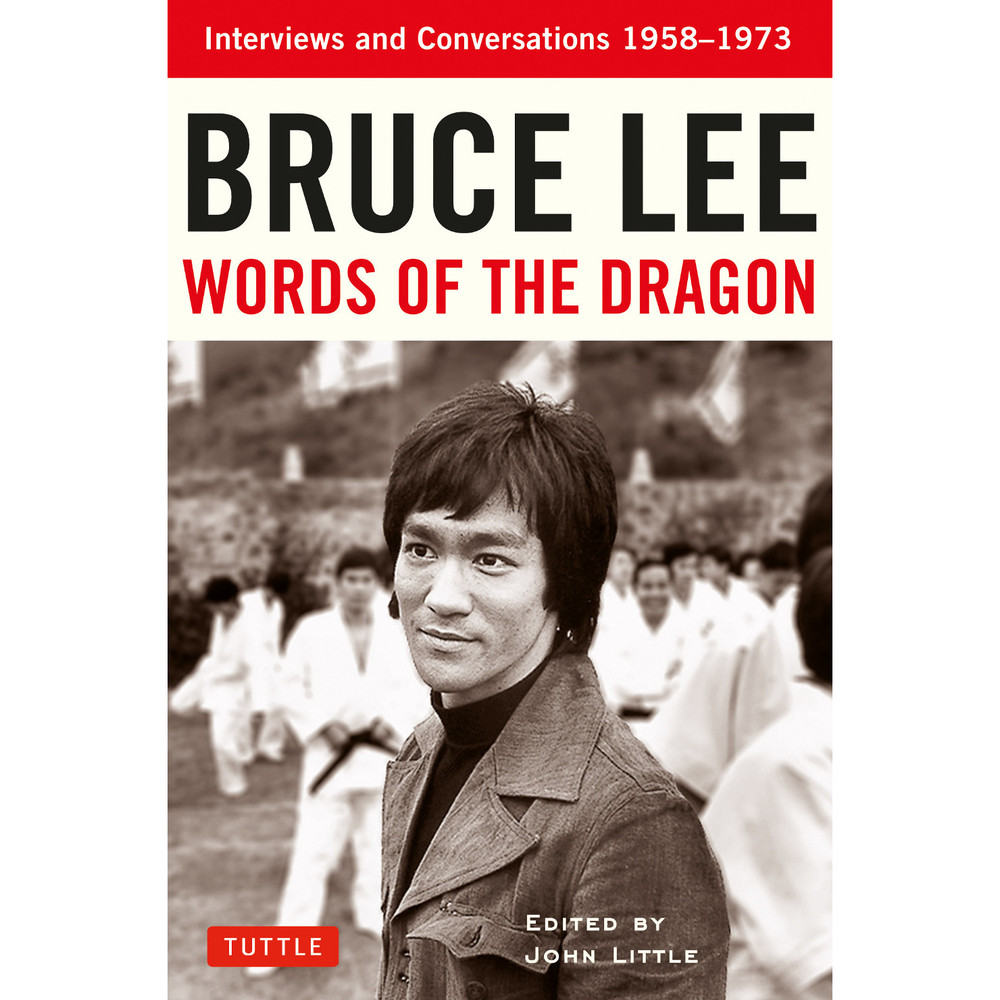 Words of the Dragon is an anthology of newspaper and magazine interviews from 1958 to 1973 revealing Bruce Lee's own fascinating words and explanations about Bruce himself, his art and philosophy.

Interesting and insightful, Words of the Dragon provides the reader a means to understand the real Bruce Lee, offering us a unique keyhole through which to view the private life and personal struggles of the late martial arts superstar. These interviews provide us with Lee's own interpretations of life, the martial arts, international stardom, and his cross-cultural marriage during a time of racism.

This Bruce Lee book is part of the Bruce Lee Library which also features:


About the Author:
Bruce Lee (1940-1973) was a martial artist, film actor, filmmaker, philosopher and the founder of the original mixed martial art known as Jeet Kune Do—"the way of the intercepting fist." As an actor, Lee became a cultural icon. He was born in San Francisco but spent his formative years in Hong Kong. His groundbreaking action films sparked intense interest in the Asian martial arts in the West. His most famous film is Enter the Dragon (1973). He was an avid student of all forms of martial arts along with Eastern and Western philosophy and is regarded today as the most influential martial artist who ever lived. Lee moved beyond the rigid traditional style of martial arts to develop his own free-form, modern style of Jeet Kune Do.

John Little is considered one of the world's foremost authorities on Bruce Lee, his training methods, and philosophies. Little is the only person who has ever been authorized to review the entirety of Lee's personal notes, sketches, and reading annotations. Little's articles have appeared in every martial arts and health and fitness magazine in North America. John is an expert in the fields of martial arts, bodybuilding, and physical conditioning.