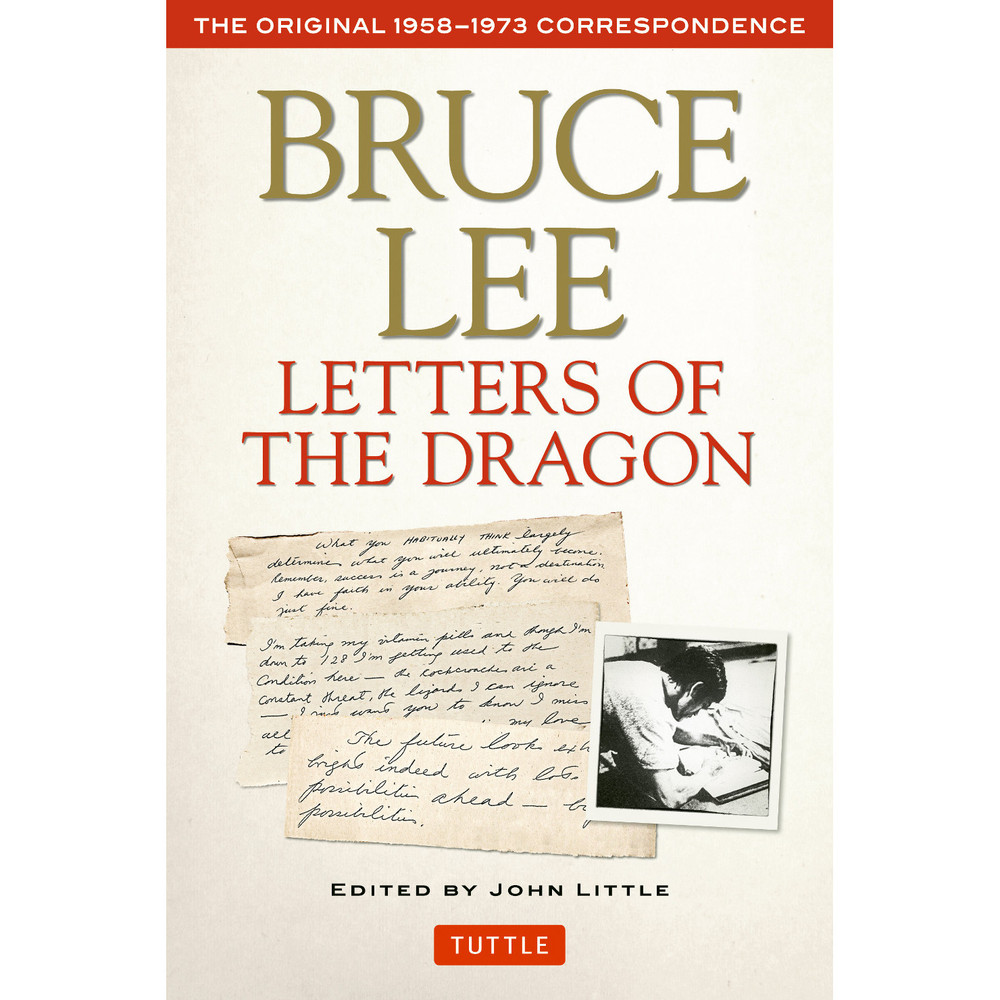 "In this collection of artful writing by a man dedicated to honest self-expression, we glimpse the private side of Bruce's eloquence as he bares his soul through the art of letter writing." --from the Preface, by Linda Lee Cadwell

Bruce Lee Letters of the Dragon is a fascinating glimpse of the private Bruce Lee behind the public image--a man with the patience and concern to dedicate as much effort to crafting a thoughtful personal answer to the letter of a young fan as to those from his old friends and associates; an extremely active man never too busy to make time for an old family friend in need of simple companionship; a man who never wrote without careful thought, and never thought from the head alone, but always from the head and heart together.

The letters in this inspiring book trace Bruce Lee's career and development from his decision--made while he was still in secondary school--to move to the U.S. to further his education. Readers will journey with him through the many setbacks, rededicated efforts and triumphs of life that shaped his martial art and humanity, all the way to the last letter he ever composed, just hours before his sudden death.

After absorbing the letters in this volume, readers will inevitably find that the private Bruce Lee was every bit as great as the public Bruce Lee.

This Bruce Lee Book is part of the Bruce Lee Library which also features:


About the Author:
Bruce Lee (1940-1973) was a martial artist, film actor, filmmaker, philosopher and the founder of the original mixed martial art known as Jeet Kune Do--"the way of the intercepting fist." As an actor, Lee became a cultural icon. He was born in San Francisco but spent his formative years in Hong Kong. His groundbreaking action films sparked intense interest in the Asian martial arts in the West. His most famous film is Enter the Dragon (1973). He was an avid student of all forms of martial arts along with Eastern and Western philosophy and is regarded today as the most influential martial artist who ever lived. Lee moved beyond the rigid traditional style of martial arts to develop his own free-form, modern style of Jeet Kune Do.

John Little is considered one of the world's foremost authorities on Bruce Lee, his training methods, and philosophies. Little is the only person who has ever been authorized to review the entirety of Lee's personal notes, sketches, and reading annotations. Little's articles have appeared in every martial arts and health and fitness magazine in North America. John is an expert in the fields of martial arts, bodybuilding, and physical conditioning.