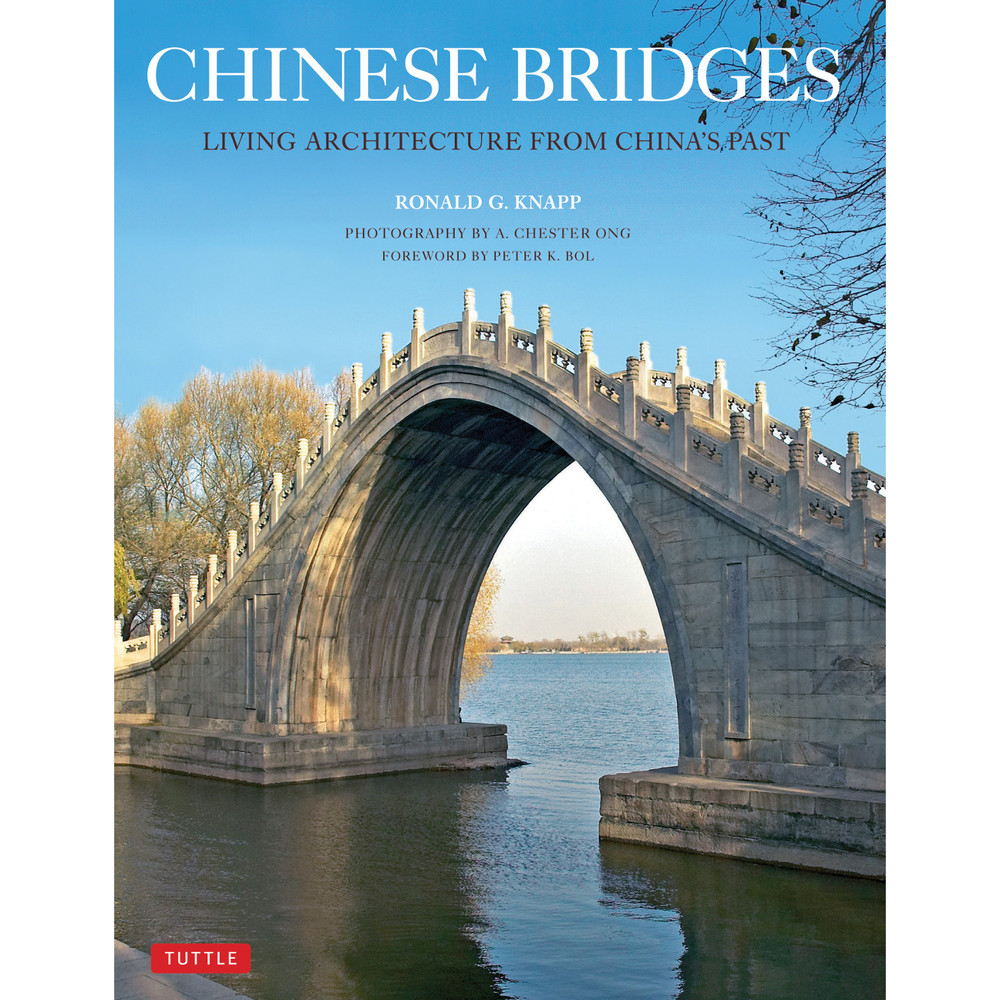 Bridges, the least known and understood of China's many wonders, are one of its most striking and resilient feats of architectural prowess.

Chinese Bridges brings together a thorough look at the marvels of Chinese bridge design from one of the world's leading experts on Chinese culture and historical geography, Ronald G. Knapp. While many consider bridges to be merely utilitarian civil engineering, the bridges of China move beyond that stereotype, as many are undeniably dramatic, even majestic and daring. Chinese Bridges illustrates in detail 20 well-preserved ancient bridges along with descriptions and essays on the distinctive architectural elements shared by the various designs.

For the first time in an English-language book, Chinese Bridges records scores of newly discovered bridges across China's vast landscape, illustrated with over 400 color photographs, as well as woodblock prints, historical images, paintings and line drawings.


About the Author:
Since 1965, Ronald G. Knapp has spent significant time carrying out research in the Chinese countryside and is the author or contributing editor of more than a dozen books, including the award-winning Chinese Houses: The Architectural Heritage of a Nation. Knapp is currently SUNY Distinguished Professor Emeritus at the State University of New York, New Paltz, where he also lives.

A. Chester Ong, born in the Philippines and currently based in Hong Kong, has photographed widely throughout Asia. His photography appears in magazines, exhibitions, as well as books, including China Modern, Chinese Houses, and China Living.