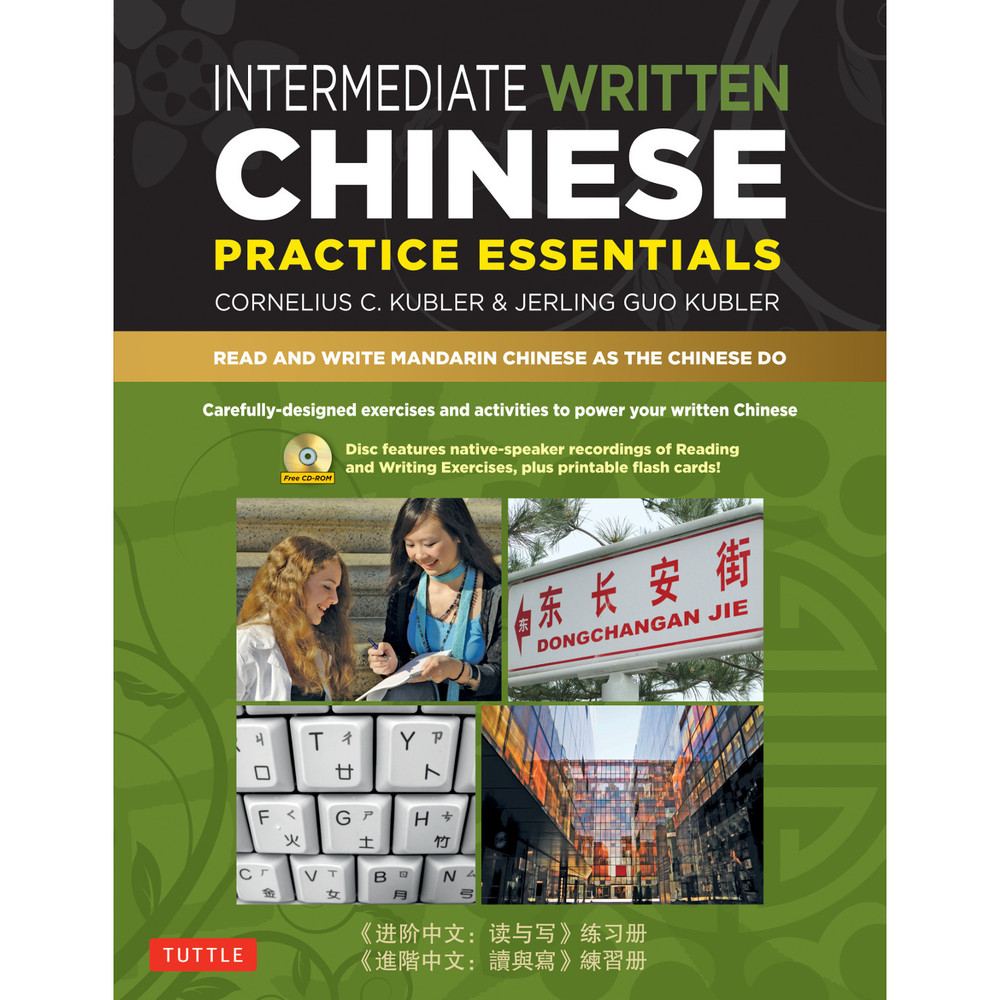 Welcome to the world's most efficient method of learning Mandarin Chinese, whether you are striving to learn Chinese on your own or studying in a classroom setting.

Part of the widely-used and highly acclaimed Kubler series, The Basic Chinese and Intermediate Chinese books provide separate but integrated "tracks" to help you learn to read, write and speak Chinese efficiently, at your own pace. Some students and teachers wish to emphasize speaking ability first, whereas others want to focus on learning to read and write Chinese at the same time. These Chinese language study books allow you the flexibility to acquire the spoken language and the written language with the method that best fits your needs.

With the internationally-recognized Kubler system and accompanying CD-ROM, you will: Intermediate Written Chinese Practice Essentials stands out among Chinese books and textbooks for its dynamic study system and practical exercises, which will assist you in learning Chinese quickly and comfortably.

Jerling Guo Kubler is a graduate of the Department of Foreign Languages and Literatures of Soochow University, Taipei. Her experience in language education spans more than 35 years. She has taught all levels of Chinese as a Second/Foreign Language from pre-kindergarten to university level at institutions including Williams College, Eisenhower College and Taipei Language Institute.