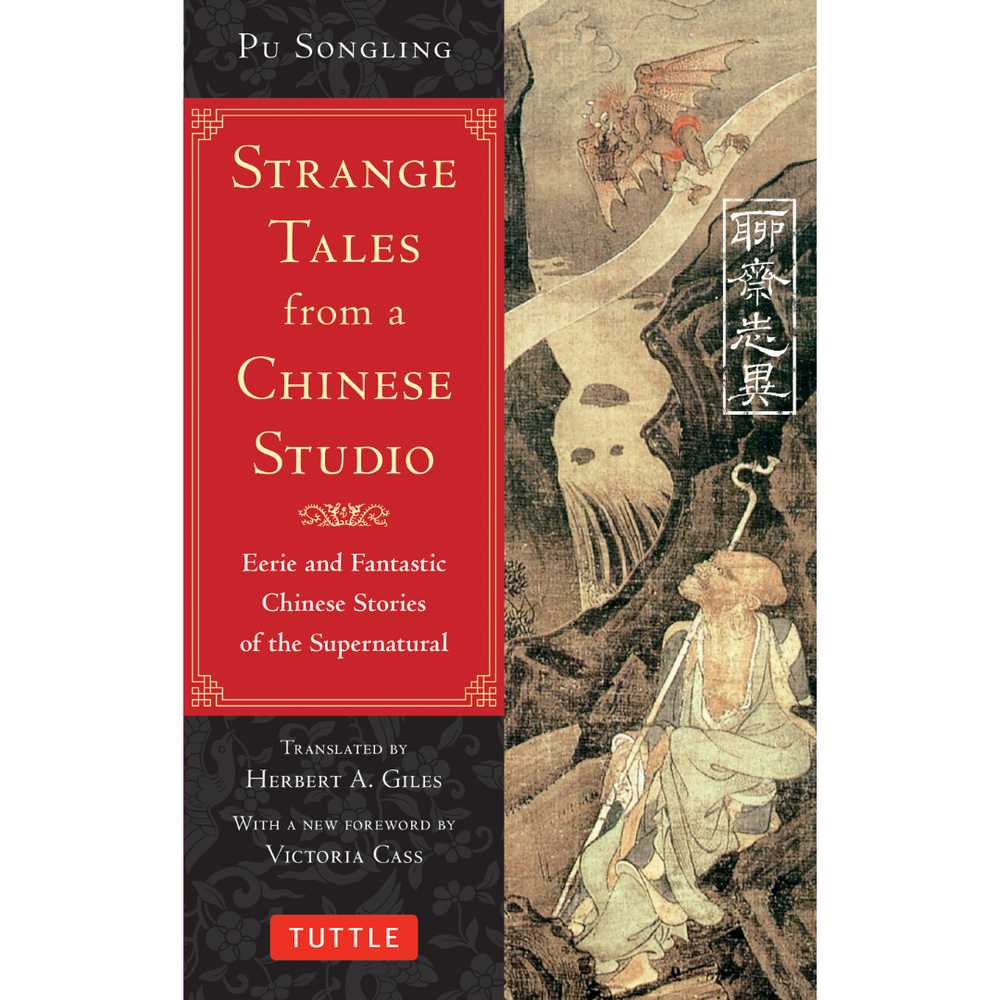 Long considered a masterpiece of the eerie and fantastic, Strange Tales from a Chinese Studio is a collection of supernatural-themed tales compiled from ancient Chinese folk stories by Songling Pu in the eighteenth century.

These tales of ghosts, magic, vampirism, and other things bizarre and fantastic are an excellent Chinese companion to Lafcadio Hearn's well-known collections of Japanese ghost stories Kwaidan and In Ghostly Japan.

Already a true classic of Chinese literature and of supernatural tales in general, this new edition of the Herbert A. Giles translation converts the work to Pinyin for the first time and includes a new foreword by Victoria Cass that properly introduces the book to both readers of Chinese literature and of hair-raising tales best read with the lights turned low on a quiet night.

Some of the stories found in these pages include:


About the Author:
Songling Pu, 1640-1715, was an author of China's Qing Dynasty. He spent the bulk of his life working as a private tutor, during which time he collected the stories that were to be published to great acclaim as Strange Stories from a Chinese Studio.

Herbert A. Giles (1845-1935) was one of the most acclaimed Sinologists of his era and the Chair of Chinese at Cambridge. He is one of the creators of the "Wade-Giles" system of romanization, the author of several Chinese-English dictionaries, and translator of numerous classics, such as Gems of Chinese Literature and Strange Tales from a Chinese Studio.

Victoria B. Cass received her doctorate in Chinese language and literature from the University of California, Berkeley. She is professor emeritus at the University of Colorado, Boulder. She is the author of Dangerous Women: Warriors, Grannies and Geishas of the Ming and In the Realm of the Gods: Lands, Myths, and Legends of China.