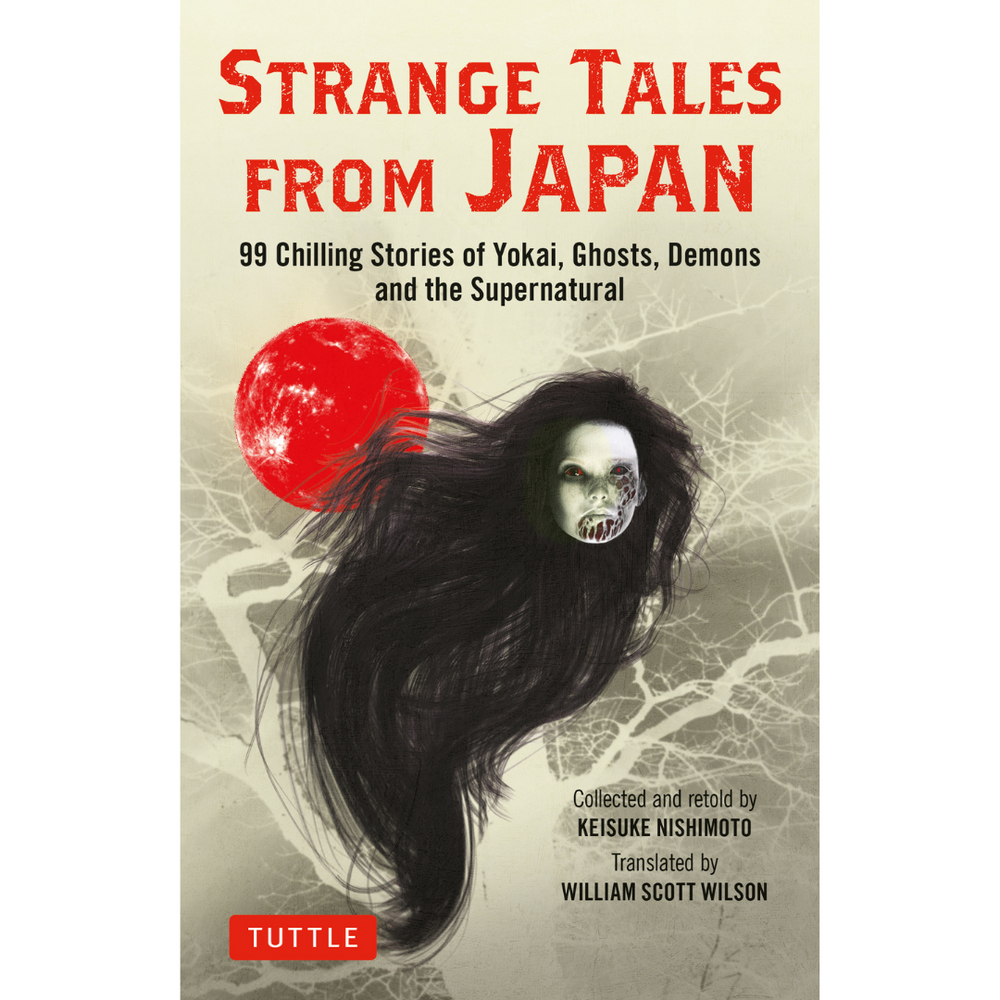 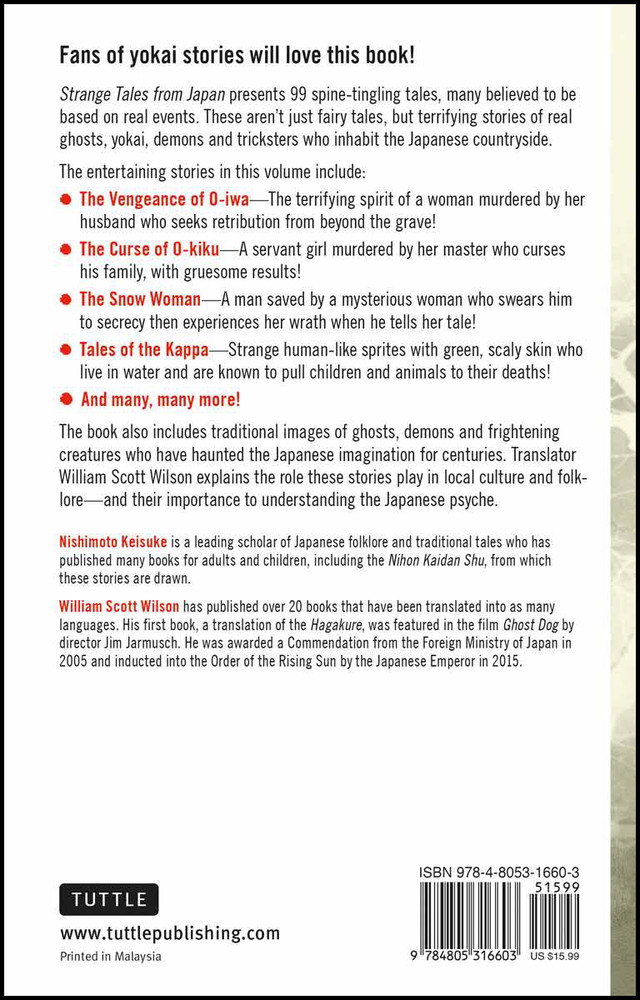 Prepare to be spooked by these chilling Japanese short stories!

Strange Tales from Japan presents 99 spine-tingling tales of ghosts, yokai, demons, shapeshifters and trickster animals who inhabit remote reaches of the Japanese countryside. 33 color woodblock prints and over 55 b&w illustrations of these creatures, who have inhabited the Japanese imagination for centuries, bring the stories to life.

The captivating tales in this volume include:
In his introduction, renowned translator William Scott Wilson explains the role these stories play in local Japanese culture and folklore, and their importance to understanding the Japanese psyche. Readers will learn which particular region, city, mountain or temple the stories originate from—in case you're brave enough to visit these haunts yourself!


About the Author:
Nishimoto Keisuke is a leading scholar of Japanese folklore and traditional tales who has collected stories and published many books for both adults and children, including Nihon kaidan shu, from which these stories are drawn.

Japanese Tales from Times Past