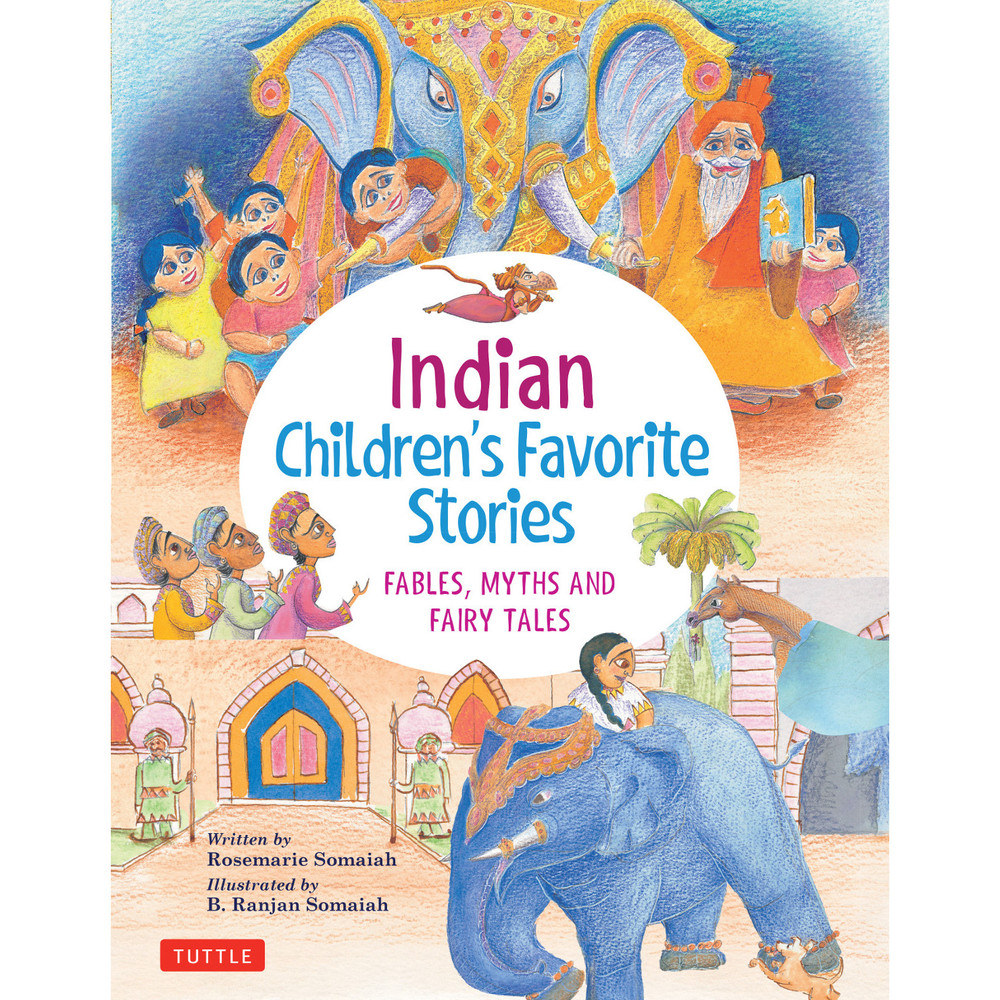 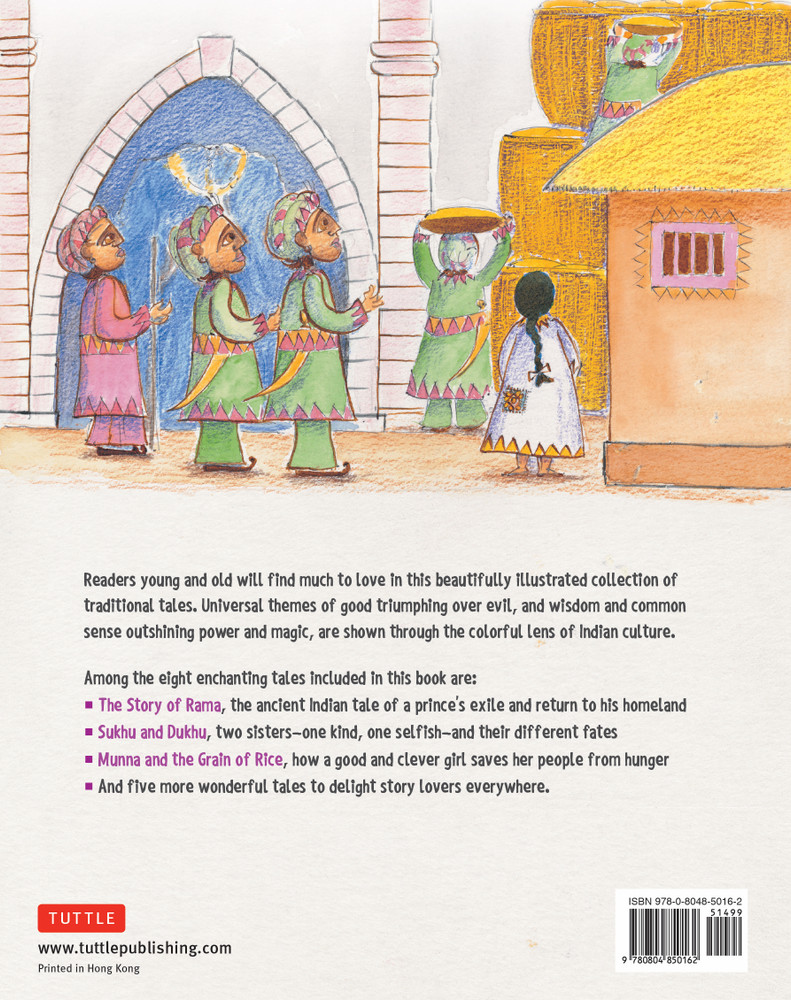 This colorfully illustrated multicultural children's book presents Indian fairy tales and other folk stories that the whole family will enjoy!

Retold for an international audience, the beautifully illustrated stories will give children of all ages a glimpse into the fables and folklore of India, including tales of how Lord Krishna escapes the evil Kamsa's repeated attempts to kill him, and how the elephant keeper's daughter, Rani, humbles an unwise and unjust king by emptying his storehouses of rice.

Featured Indian stories include:
A glossary is also included, so that everyone can understand and appreciate the Indian words scattered throughout the stories.


About the Author:
Rosemarie Somaiah fondly remembers her childhood in India. A storyteller, teacher and writer, she loves to link families, histories, literature and cultures with the threads of stories old and new. As a child, her playmates called her "grandma" and she finds it fun now to be heading in the opposite direction.

Illustrator
B. Ranjan Somaiah was born in India. When Somaiah gained entry to the prestigious Indian Institute of Technology, Chennai, his peers noticed his aptitude for art and encouraged him to pursue it as a hobby. On obtaining his degree in engineering, he was offered a management training program in the graphic arts at Tata Press Ltd., Mumbai, which he gladly undertook and subsequently joined Tata Consulting Engineers as a design engineer. After spending 16 years with the House of Tatas, Somaiah decided to strike out on his own as a designer and took up art and illustrating seriously, contributing to various publications--the most notable being the Deccan Herald, a Bangalore-based newspaper, where he is on the panel of cartoonists and illustrators.