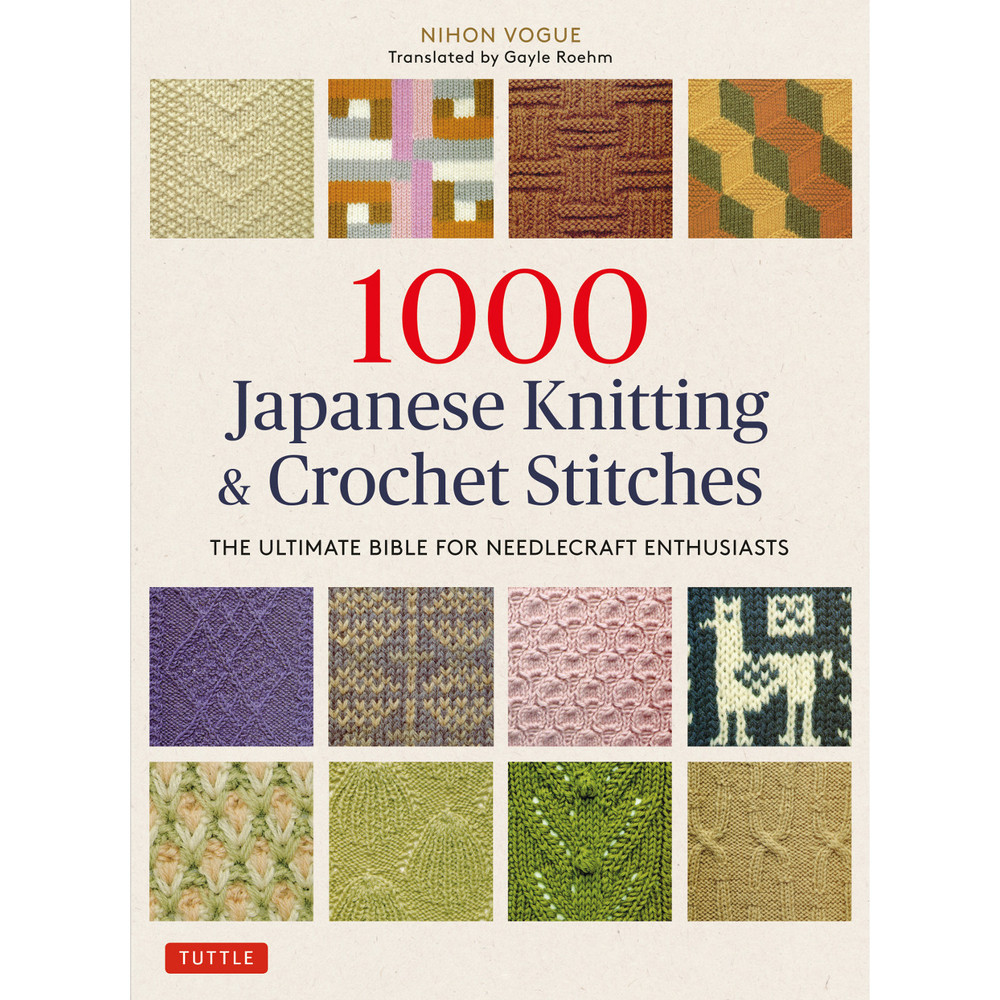 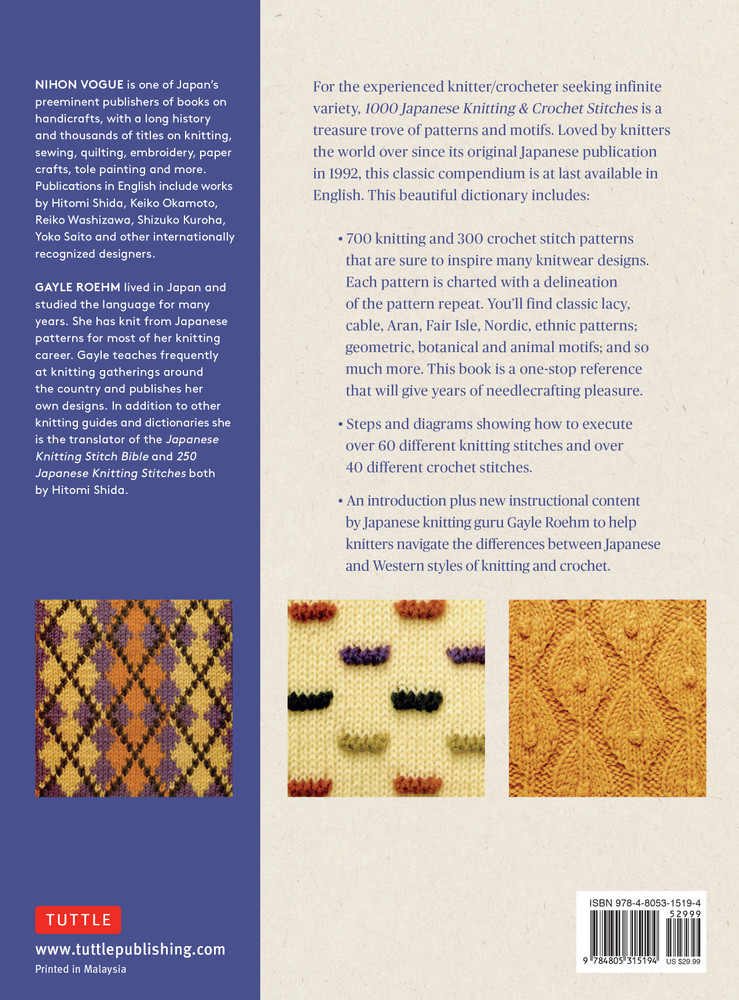 1000 Japanese Knitting & Crochet Stitches is a treasure trove of needlecraft patterns and motifs for experienced knitters and crocheters seeking to create and better understand the infinite variety of their craft. This Japanese reference work is beloved by knitters the world over, and the English version will allow even more crafters to enjoy these techniques.

This dictionary includes 700 original knitting stitch patterns and 300 original crochet patterns that have inspired many modern Japanese knitwear designs. You'll find classic lacy, cable, Aran, Fair Isle, Nordic, ethnic patterns; geometric, botanical and animal motifs; and so much more. This one-stop reference has detailed stitch diagrams showing how to execute over 60 different knitting stitches and over 40 different crochet stitches. Each pattern is charted with a delineation of the pattern repeat.


About the Author:
Nihon Vogue is a leading publisher of books on handicrafts. Founded in 1954, Nihon Vogue publishes about 120 magazines and books annually. It has five individual craft divisions, including but not limited to, quilting and stitching, sewing and kiln arts. Nihon Vogue has founded a number of crafting organizations and institutions, including the Japan Knitting Association, the Japan Handicraft Instructors Association, the Japan Kimono Instructors Institute and the Vogue Knitting School for Instructors.

Gayle Roehm lived in Japan and studied the language for many years, and has knit from Japanese patterns for most of her knitting career. In addition to publishing her own designs, she is the translator of other knitting guides and dictionaries, including Japanese Knitting Stitch Bible and 250 Japanese Knitting Stitches, both published by Tuttle. Gayle teaches around the U.S. and now lives in Maryland.