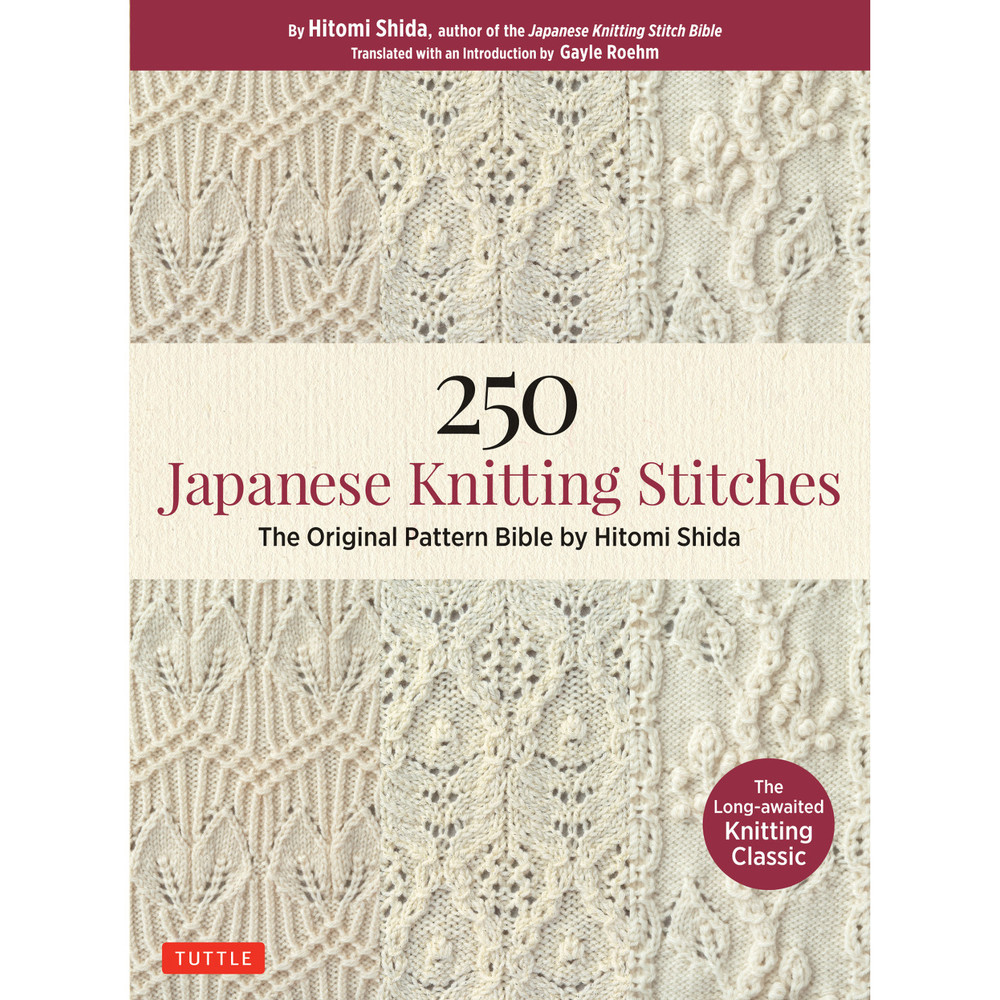 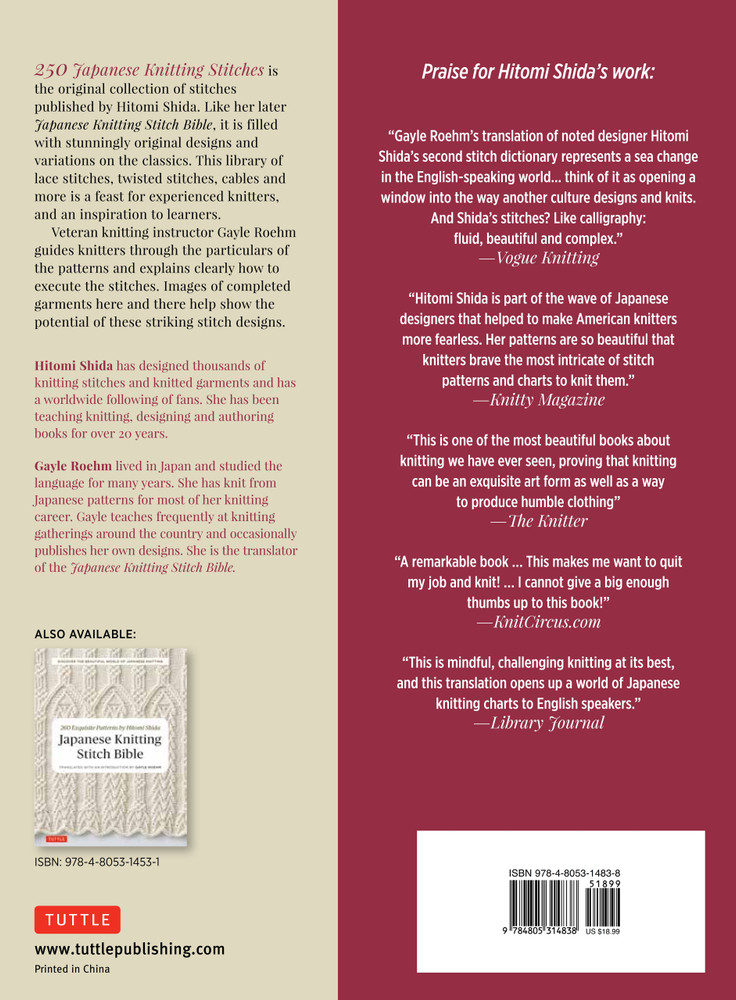 250 Japanese Knitting Stitches contains the original collection of knitting stitches first published by Hitomi Shida in 1996. Copies of the original Japanese edition have been jealously coveted by knitters around the world, and now Tuttle Publishing brings you this classic in English for the first time!

Hitomi Shida's previous work, the Japanese Knitting Stitch Bible was released by Tuttle in October 2017 and has already been purchased (and tested) by thousands of avid knitters who are thrilled to discover a treasure trove of elegant and intricate new patterns. 250 Japanese Knitting Stitches was Hitomi Shida's first effort and, like its successor, is filled with her highly original and beautiful designs and variations on knitting classics.

Translated and introduced by veteran knitting instructor Gayle Roehm, the best-known teacher of Japanese knitting in America. Roehm guides knitters through the particulars of the patterns and explains how to execute the stitches.

This knitting reference book features the following: Shida's finished projects are a wonder to behold and accomplished knitters will brave even the most daunting of stitch patterns to create them. Filled with 250 distinctive and inventive patterns—with a stitch diagram and photo for each pattern—this highly anticipated book is destined to be on every knitter's bookshelf.


About the Author:
Hitomi Shida is a well-known Japanese designer of thousands of original knitting stitches and knitted garments, cultivating a worldwide following of fans. Her intricate and elegant patterns have made her the most famous knitting guru in Japan. She has been teaching, designing and writing books for over 20 years.

Gayle Roehm lived in Japan and studied the language for many years. She has knit from Japanese patterns for most of her knitting career. Gayle frequently teaches at knitting gatherings around the U.S., conducts knitting tours around Japan and publishes her own designs. She is the translator of the Japanese Knitting Stitch Bible.