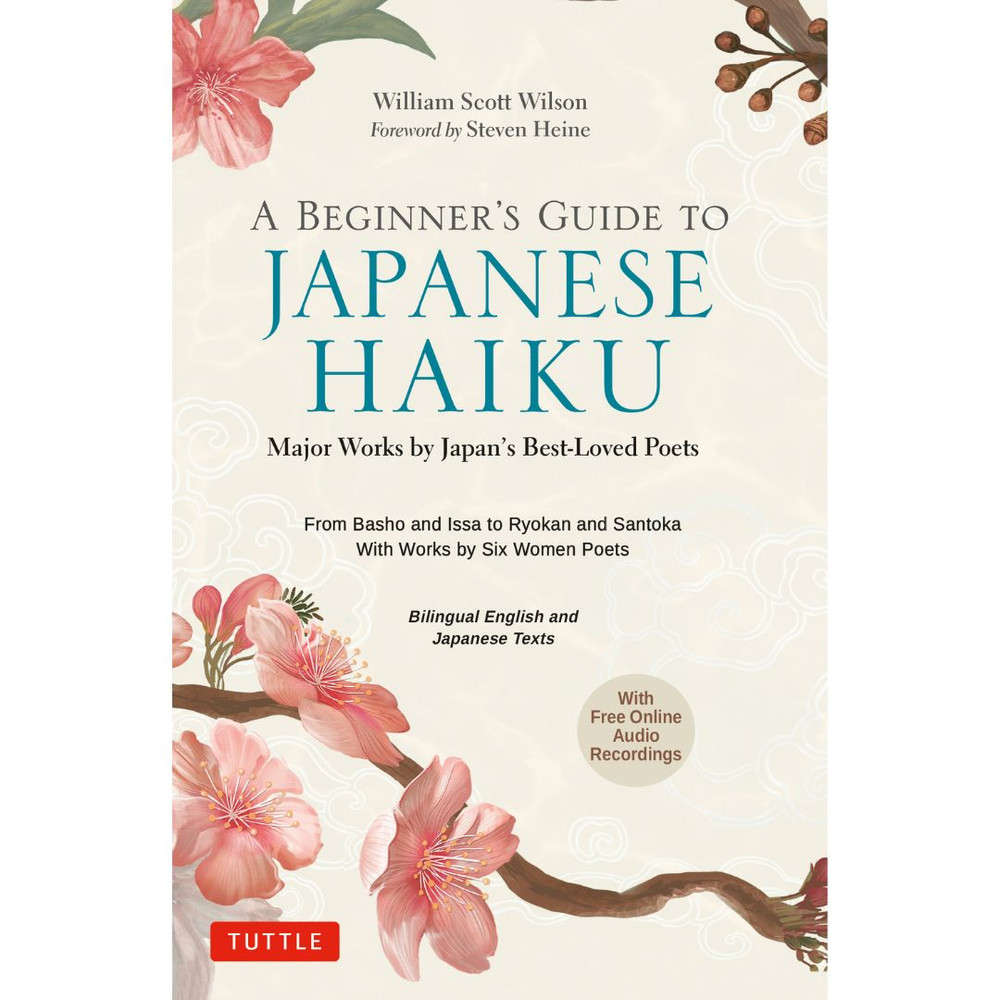 An old pond;
a frog jumps in:
the sound of water
-- Basho

This comprehensive introduction to Japan's best-loved haiku poets is the perfect book for anyone wanting to learn about haiku. Compiled and with commentary by renowned author and translator William Scott Wilson, the book features 26 poets and 550 haiku, exquisitely translated. Wilson takes the reader on a fascinating journey through the works of the major Japanese poets from the fifteenth century up to the present.

The poets include Basho, Shiki, Buson and Issa (the "Great Four") along with other well-known practitioners of the genre such as Ryokan, Kikaku and Chora. Wilson gives his own brand-new renditions of poems that are already known as classics, and also shares with us the delightful work of a number of poets who are rarely found in English translation, such as six female poets including Chiyojo and Hisajo, as well as novelist Natsume Soseki, who, unbeknown to many, also wrote haiku.

The book is divided into sections, each starting with a 2-4 page introduction to each poet, followed by a selection of that poet's haiku, in Japanese script and English translation. Online audio files are available with recordings of the poems in both English and Japanese.


About the Author:
William Scott Wilson was raised in Ft. Lauderdale, FL; he holds BAs from Dartmouth College and The Monterey Institute of Foreign Studies, and an MA from the University of Washington. He has worked as a translator and advisor on cultural affairs for the Japanese Consulate-General in Seattle, Washington; a teacher of Japanese language; and a guide for Japanese tourists in South Florida. He has had 20 books published, variously translated into 21 foreign languages, including The Lone Samurai: The Life of Miyamoto Musashi. His translation of Hagakure, an 18th century treatise on samurai philosophy, was featured in the film Ghost Dog, by the director Jim Jarmusch. Wilson was warded a Commendation from the Foreign Ministry of Japan, and inducted into the Order of the Rising Sun by the Japanese emperor.

Steven Heine is professor of Religious Studies and History and founding director of the Asian Studies Program at Florida International University. A specialist on East Asian religions and society, especially the origins and development of Zen Buddhism in medieval Japan, Heine has published three dozen monographs and edited volumes. The most recent titles include From Chinese Chan to Japanese Zen, Readings of Dogen's Treasury of the True Dharma Eye, Flowers Blooming on a Withered Tree, and Dogen: Japan's Original Zen Teacher.