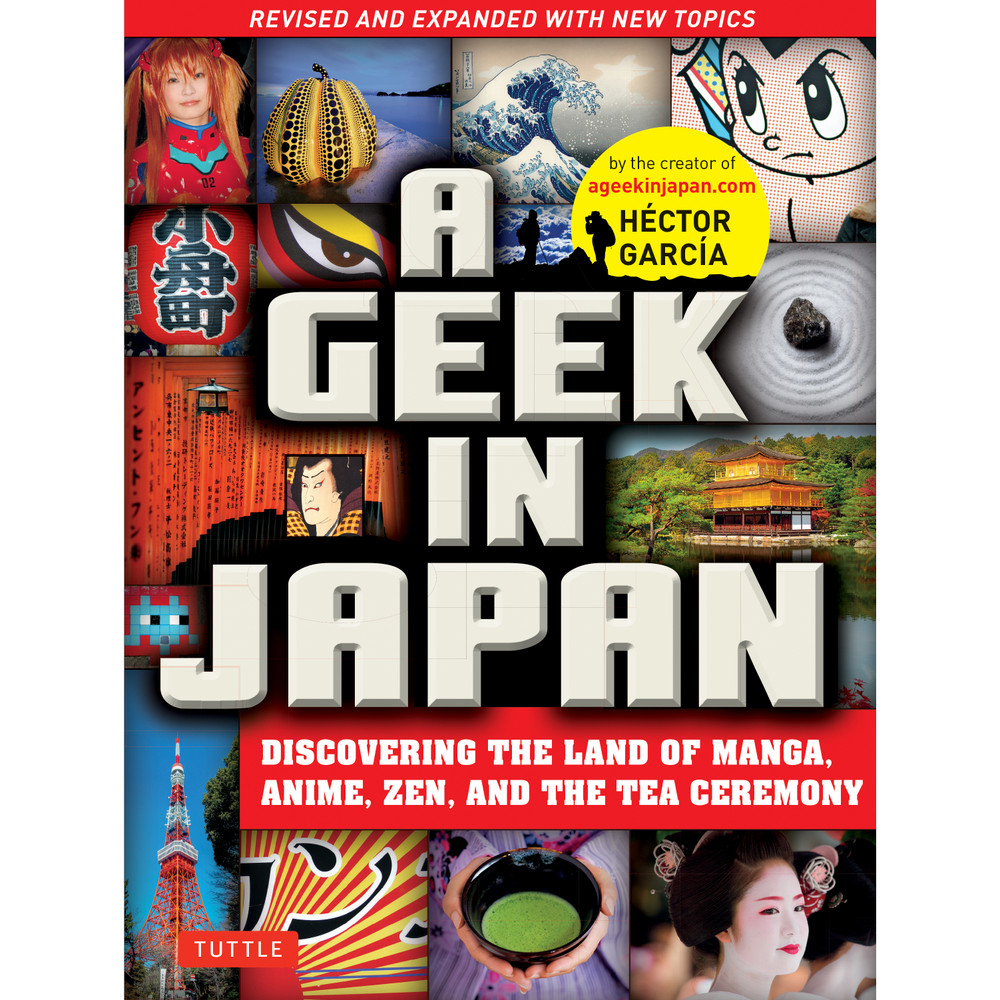 Created specifically for fans of Japanese "cool culture," A Geek in Japan is one of the most iconic, hip, and concise cultural guides available.

Reinvented for the internet age, it is packed with personal essays and hundreds of photographs and presents all the touchstones of traditional and contemporary culture in an entirely new way. A Geek in Japan decodes the mysteries of the Japanese language, Japanese social values and daily habits, business and technology, the arts, and symbols and practices that are peculiarly Japanese.

This revised and expanded edition contains many new pages of materials on all sorts of topics including Kyoto, Japanese architecture, and Japanese video games. It also features a guide to author Hector Garcia's favorite Tokyo hangouts and tips on visiting many "secret" places around Japan. Highlighting the originality and creativity of the Japanese, debunking myths, and answering nagging questions such as why the Japanese are so fond of wearing face masks, Garcia has written an irreverent, insightful, and highly informative guide for the growing ranks of Japanophiles around the world.


About the Author:
Hector Garcia was born in Spain in 1981. After earning his M.S. in software engineering and working for CERN in Switzerland, he moved to Japan, where he worked on voice recognition software and later for Digital Garage, developing the technology needed for Silicon Valley startups like Twitter and Technorati to enter the Japanese market. He has been living in Tokyo since 2004. During his free time, he runs ageekinjapan.com, one of the most-read blogs in the world in the Spanish language (and also available in English), and writes books about his experiences in Japan. The first edition of A Geek in Japan, and also his first book, is a bestseller in Spain and is in its eighth printing. He is working on his third book.