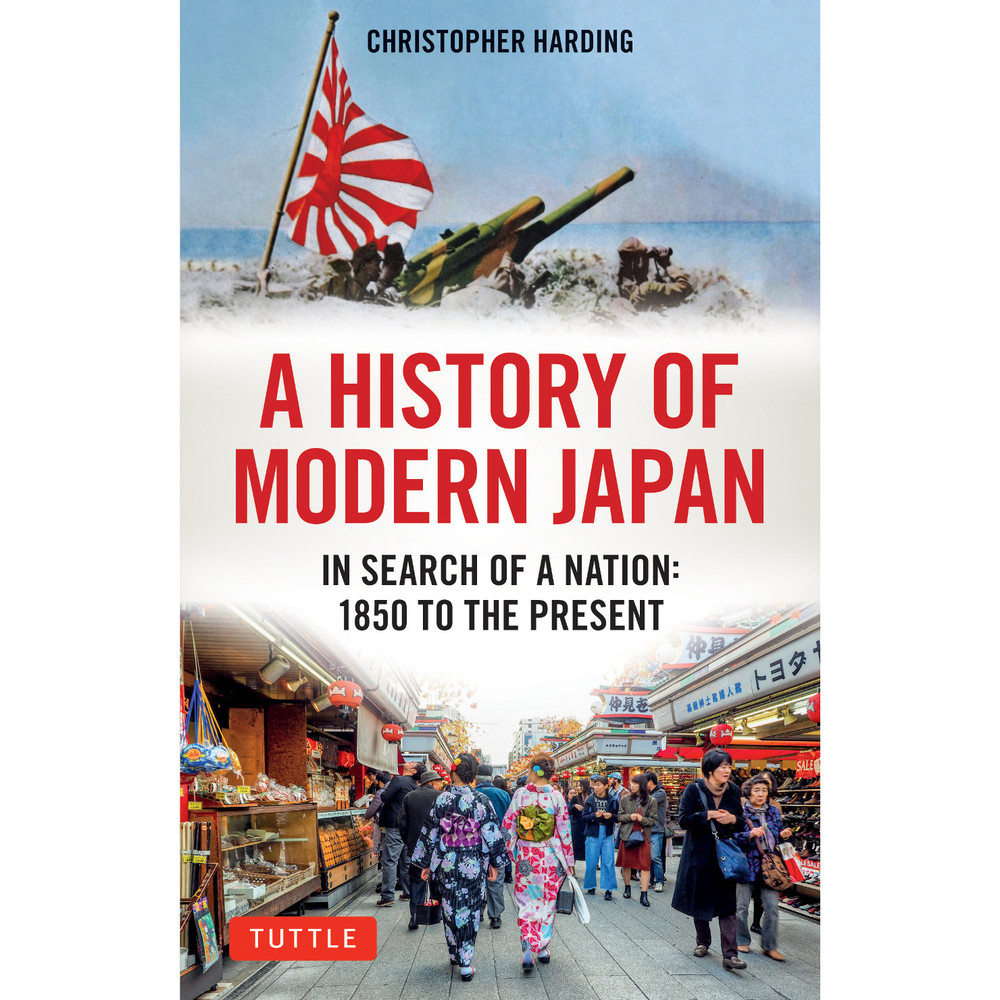 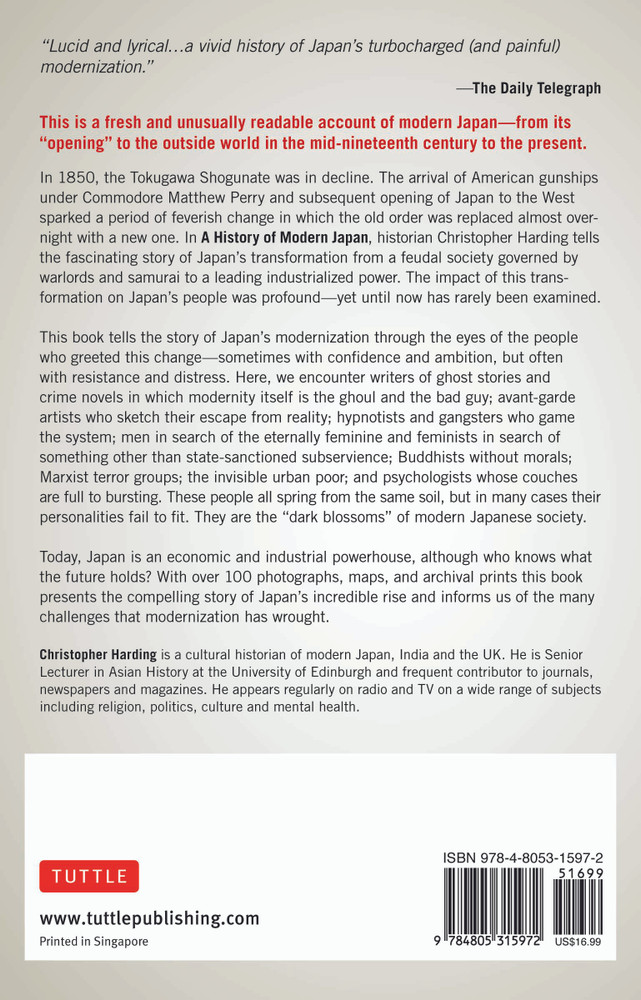 In A History of Modern Japan, cultural historian Christopher Harding delves into the untold stories of Japan's recent history--from a pop star's nuclear power protest song in 2011, to Japanese feminists who fought for an equal political voice in the 1890s.

Though highly successful, and typically portrayed as a unified effort, Japan's rebuilding throughout the 20th century faced a lot of domestic criticism. This story-led account gives a voice to those who felt they didn't fit in with what Japan was becoming. It's that push and pull that made the country what it is today.

This book will be a fascinating read for anyone interested in Japanese culture--whether film and literature, or pop culture and manga--as big shifts in Japanese ideology and society tend to come from culture and the arts, rather than being politically-driven. It will also be of interest to those traveling to Japan who want a better sense of the place, or anyone seeking to better understand Japan's role on the global stage.

With over 100 photographs, maps and prints, A History of Modern Japan showcases the compelling story of Japan's amazing growth and its resulting struggles. For all the country's advancement, the Japanese people continue to wrestle with the notion of what it means to be Japanese in a changing world.


About the Author:
Christopher Harding is a cultural historian of modern Japan, South Asia and the UK, and a Senior Lecturer in Asian History at the University of Edinburgh. He grew up in London before pursuing a B.A. in History, MSt. in Historical Research and PhD in South Asian History--all at Oxford. He lived and worked in Japan for three years through a Daiwa Anglo-Japanese Foundation scholarship. Christopher has written numerous articles for scholarly journals as well as for newspapers and magazines, including The Guardian, The New York Times, BBC History Magazine and History Today. He also appears regularly on radio and TV (BBC, ABC), presenting on a wide range of subjects such as religion, politics, culture and mental health. You can find out more about him at www.christopher-harding.com