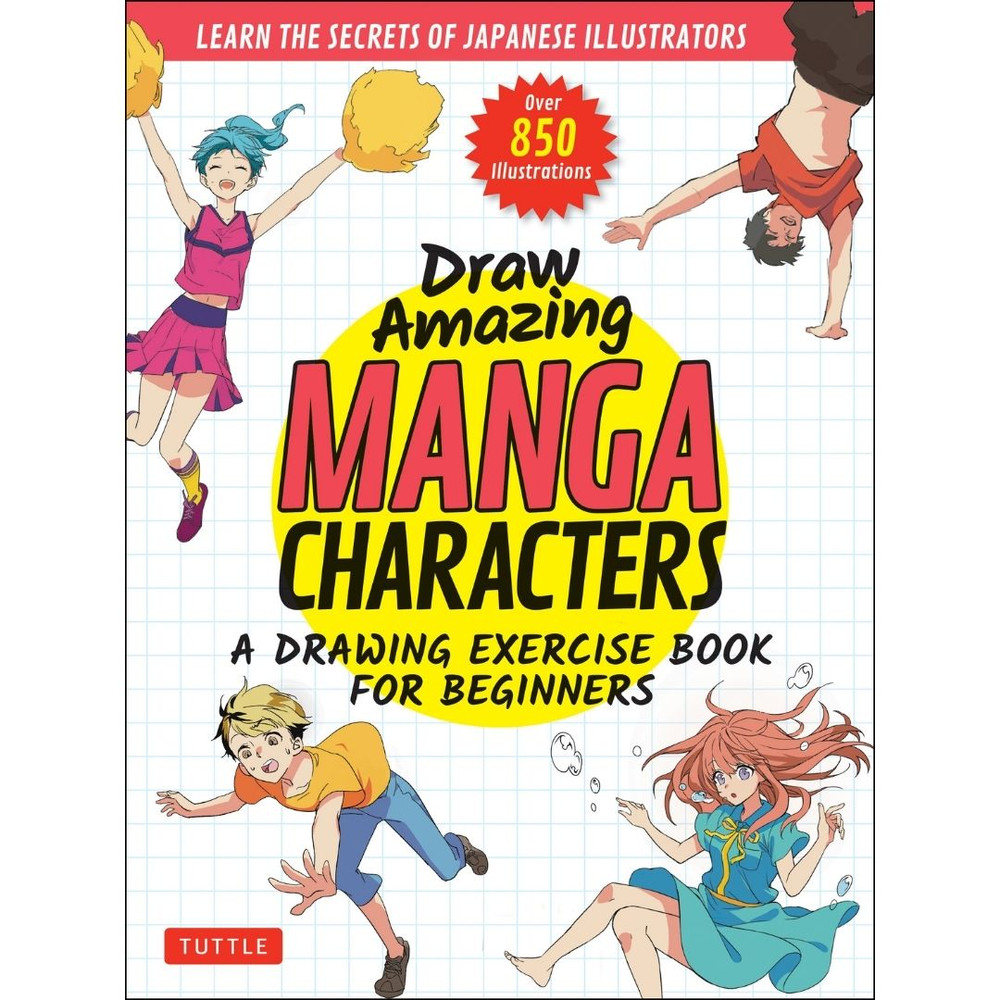 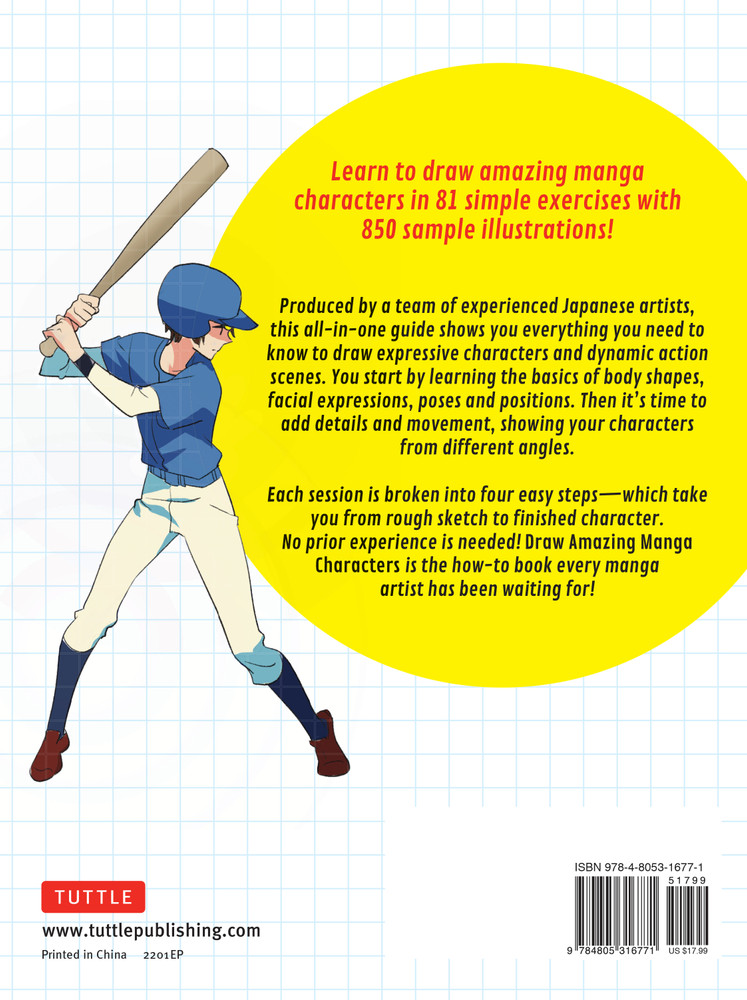 Set your manga characters in motion!

Draw Amazing Manga Characters combines the strengths, talents, and perspectives of five different manga artists over 81 lessons that increase in detail and complexity. Key building blocks allow you to progress as you move through the book and "Take a Closer Look" sidebars offer tips so developing artists can avoid frustrating obstacles and roadblocks.

This essential handbook shows you how to:The illustrators guide you through an easy four-step figure drawing process:
1. Block-in the basic shapes, using the techniques of figure drawing to set down the rough outline of your character.
2. Sketch in the formal details, as your creation starts to take on form and shape
3. Now it's time to lay down the next layers of features and tweaks that will make your character come to life and stand apart.
4. Finally the finishing touches, the shading and nuances that add depth, complexity and three-dimensional appeal. Now look what's sprung to life on the page--your very own manga character!


About the Author:
Akariko is an illustrator, mostly for online social games, known for cute boy and girl illustrations.

Izumi is an Illustrator in charge of drawing Tsurumaru Kuninaga and Sadamune Monoyoshi for the game Touken Ranbu. She is also the illustrator for the light novel series Marihana Kanriden by Rinne Ishida.

Ojyou is a freelance illustrator who works widely in games, publishing and advertisements. (Twitter: @ojyou100)

Karasuba Ame is a book cover designer and game illustrator whose hallmarks are dramatic composition and vibrant colors. (Twitter: @conronca)