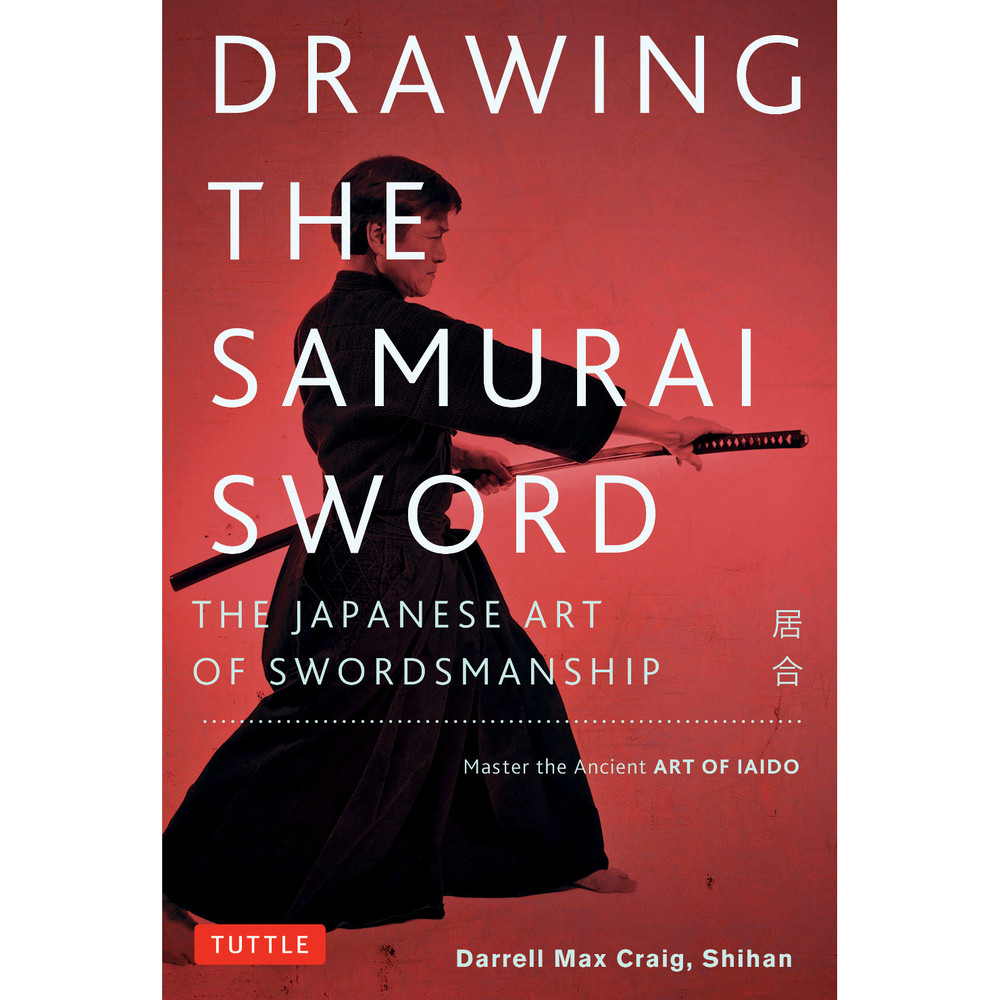 To the Japanese, the sword is a spiritual weapon. It possesses a particular divinity, reflecting the soul of its maker, owner, and user. Around its mystical powers has grown the centuries-old ritual and practice of Samurai swordsmanship which is still avidly practiced today as is a fascinating and intricate martial art. This unique guide unlocks all the mysteries of the ancient tradition of Iaijutsu--explaining the history and significance of the sword in Samurai culture and documenting the techniques of swordsmanship as found in no other martial arts book.

Darrell Max Craig is one of the foremost teachers of Kendo in the West. He spent many years in Japan competing and training at the very highest level. His book, Drawing the Samurai Sword, provides a thorough examination of all aspects of Iaijutsu--including information on sword care and selection, necessary gear, sword and dojo etiquette, and useful drills for practice and demonstration.

This book also teaches readers about: Featuring a new preface by the author, original color photos and added information about sword testing, this generously-illustrated book is a treasure trove of information for aspiring students and experienced practitioners alike.


About the Author:
Darrell Max Craig is considered one of the "Pioneers of Kendo in the United States of America" by the United States Kendo Federation. He began his training while in the U.S. Marine Corps, studying in Japan with Gogen Yamaguchi in 1956, and in Okinawa with Zenryo Shimabukuro beginning in 1958. While in Okinawa, he also began the study of Okinawan weaponry. Among others, he holds 7th Dan in Kendo, 6th Dan in Shito Ryu Karate, Junse Goshin Budo Jujitsu, Iaido and Okinawan Kobudo, and 4th Dan in Jodo, Osae Aikido, Kodokan Judo and Osae Junse Aikido. He was a member of Team USA in 1985 at the 6th World Kendo Championships in Paris, France. He operated the Houston Budokan, Inc., a traditional Japanese martial arts school in Texas, for nearly 50 years and is now retired.