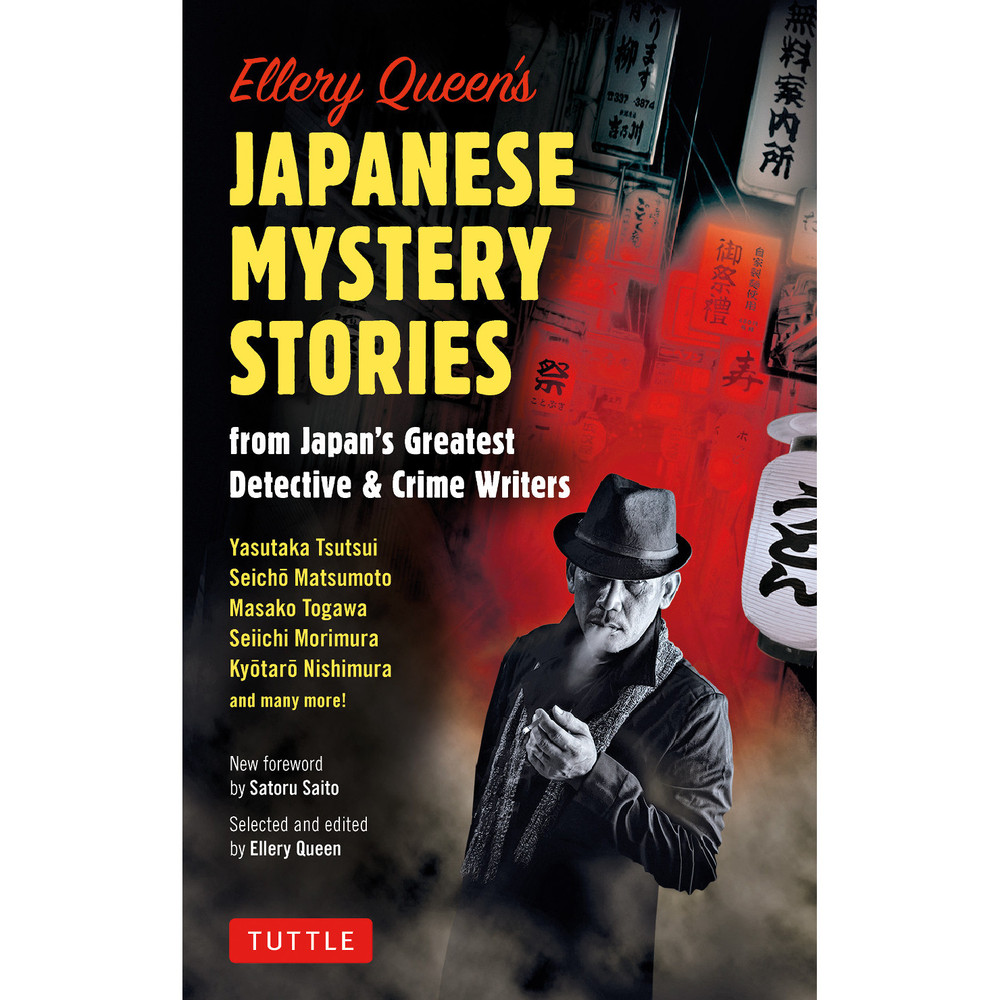 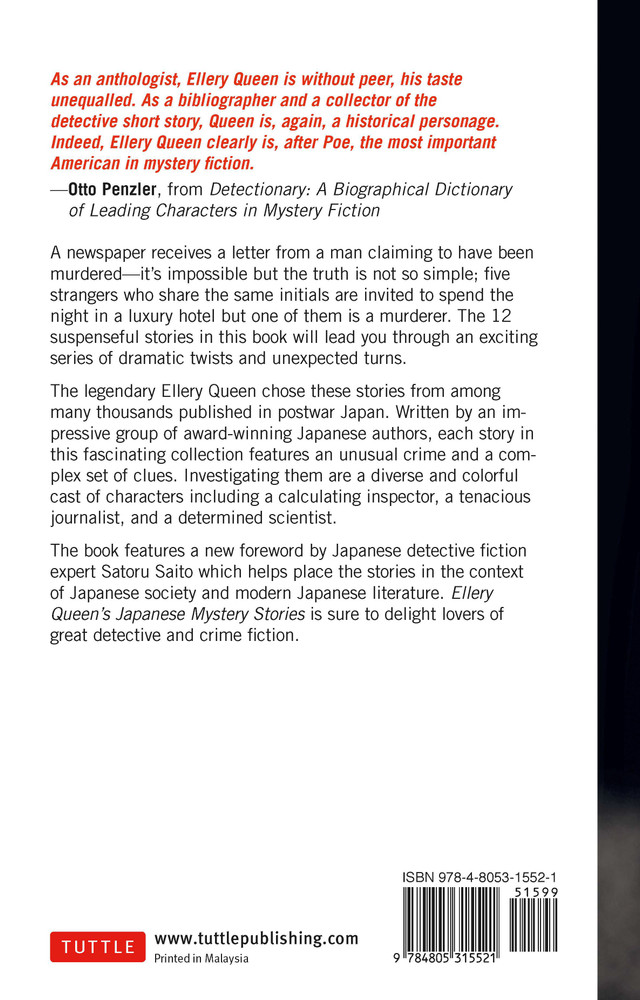 "As an anthologist, Ellery Queen is without peer, his taste unequalled. As a bibliographer and a collector of the detective short story, Queen is, again, a historical personage. Indeed, Ellery Queen clearly is, after Poe, the most important American in mystery fiction." -- Otto Penzler, from Detectionary: A Biographical Dictionary of Leading Characters in Mystery Fiction

A newspaper receives a letter from a man claiming to have been murdered--it's impossible but the truth is not so simple; five strangers who share the same initials are invited to spend the night in a luxury hotel but one of them is a murderer.

The 12 stories in this book will lead you through dramatic twists and unexpected turns. The legendary Ellery Queen selected these stories by award-winning Japanese authors from among many thousands published in postwar Japan. Each story features an unusual crime and a complex set of clues investigated by a diverse and colorful cast of characters that includes a calculating inspector, a tenacious journalist, and a determined scientist.

The thrilling stories in this volume include:
Ellery Queen's Japanese Mystery Stories is a collection that is sure to delight lovers of great detective and crime fiction. The book features a new foreword by Japanese detective fiction expert Satoru Saito which places the stories within the context of Japanese society and modern Japanese literature.


About the Author:
Ellery Queen was the pseudonym of Frederic Dannay and Manfred Bennington Lee, two cousins from Brooklyn who became America's most successful authors of crime and detective fiction in the 1930s and 1940s. It is also the name of the celebrated character they created. From 1929 to 1971, Dannay and Lee published 36 novels under the Ellery Queen name, establishing the pair as the leading detective writers of the genre's golden age. They also collected stories and published several anthologies of detective fiction by other writers, including this one.

Satoru Saito is Associate Professor of Japanese Literature at Rutgers University. His areas of interest and specialization include modern and contemporary Japanese literature, Japanese film, and Japanese popular culture. He has published articles on Edogawa Ranpo and Tsubouchi Shoyo and the book Detective Fiction and the Rise of the Japanese Novel, 1880-1930 which explores the critical role detective fiction played in the formation of modern Japanese literature.