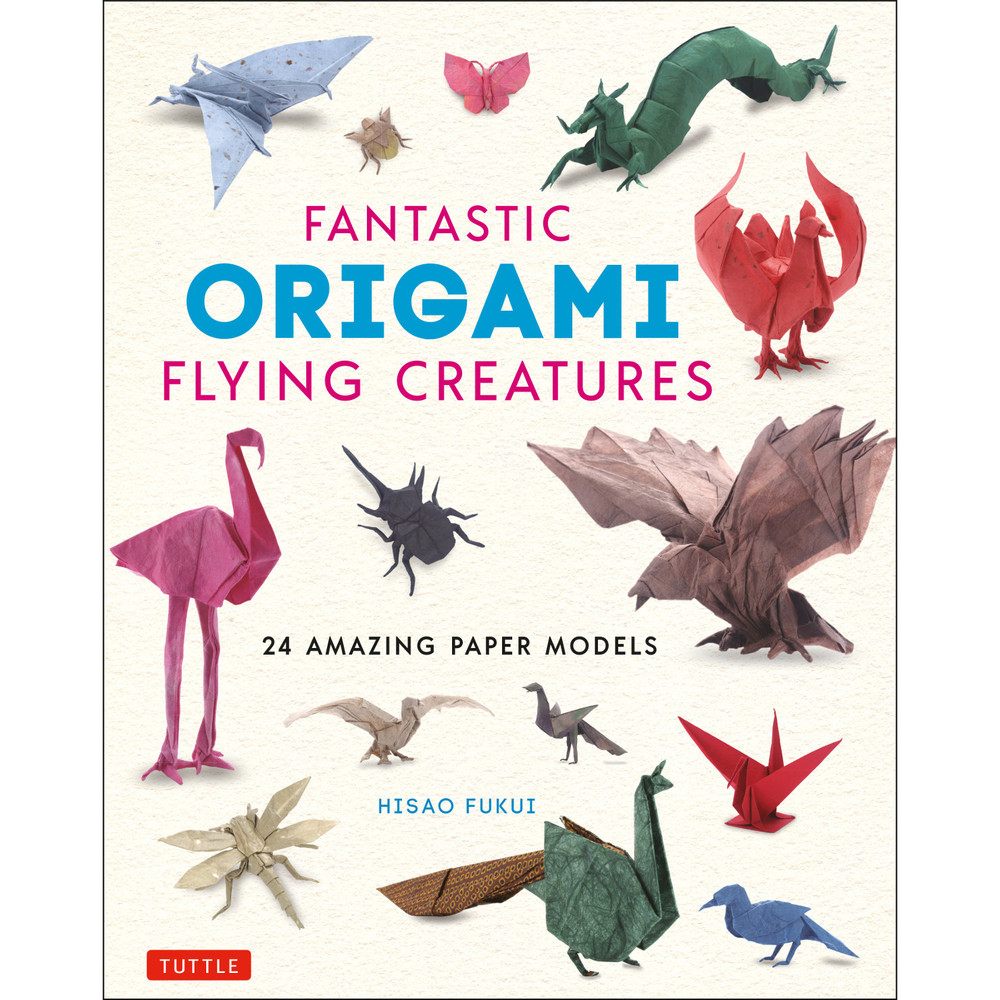 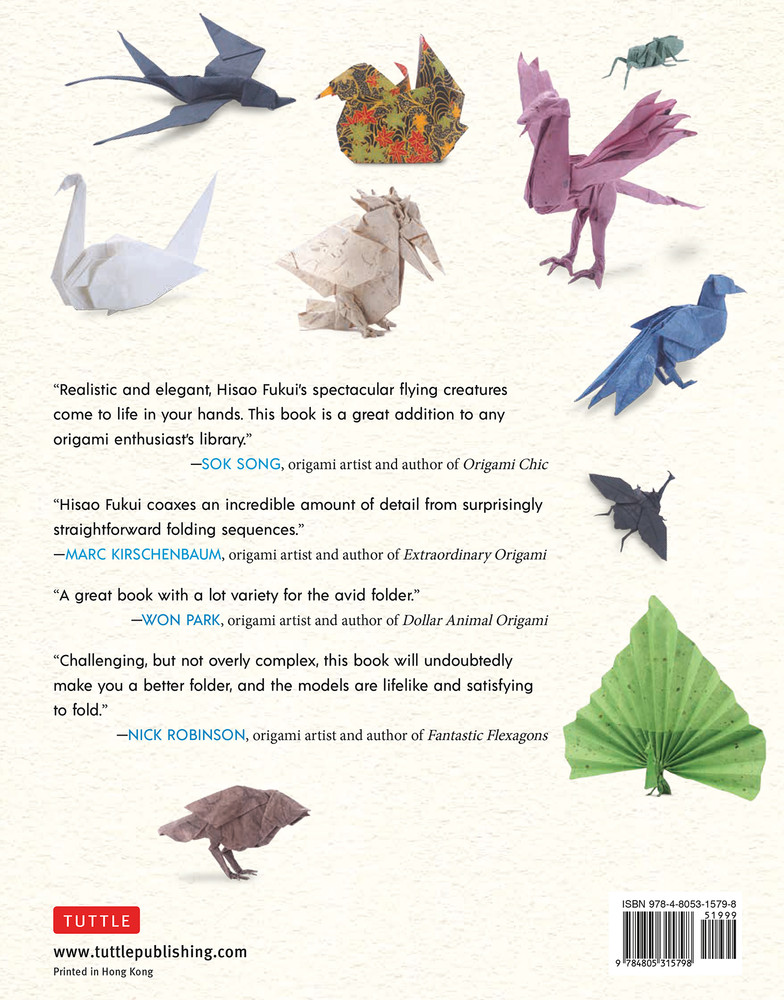 Japanese origami expert Hisao Fukui shows you how to create incredibly realistic paper birds and flying insects, a winged dinosaur and even an undulating Chinese dragon!

The easy-to-follow folding instructions and photos in this book present 24 challenging and amazingly lifelike models--from intermediate to complex in terms of their level of difficulty.

The 24 unique models in this book include:


About the Author:
Hisao Fukui has been folding origami for half a century. He specializes in magnificently realistic animal models that capture the quintessential expressive elements of the originals. He is the author of four origami books that have been bestsellers in his native Japan, including Tuttle's forthcoming Fantastic Origami Sea Creatures.