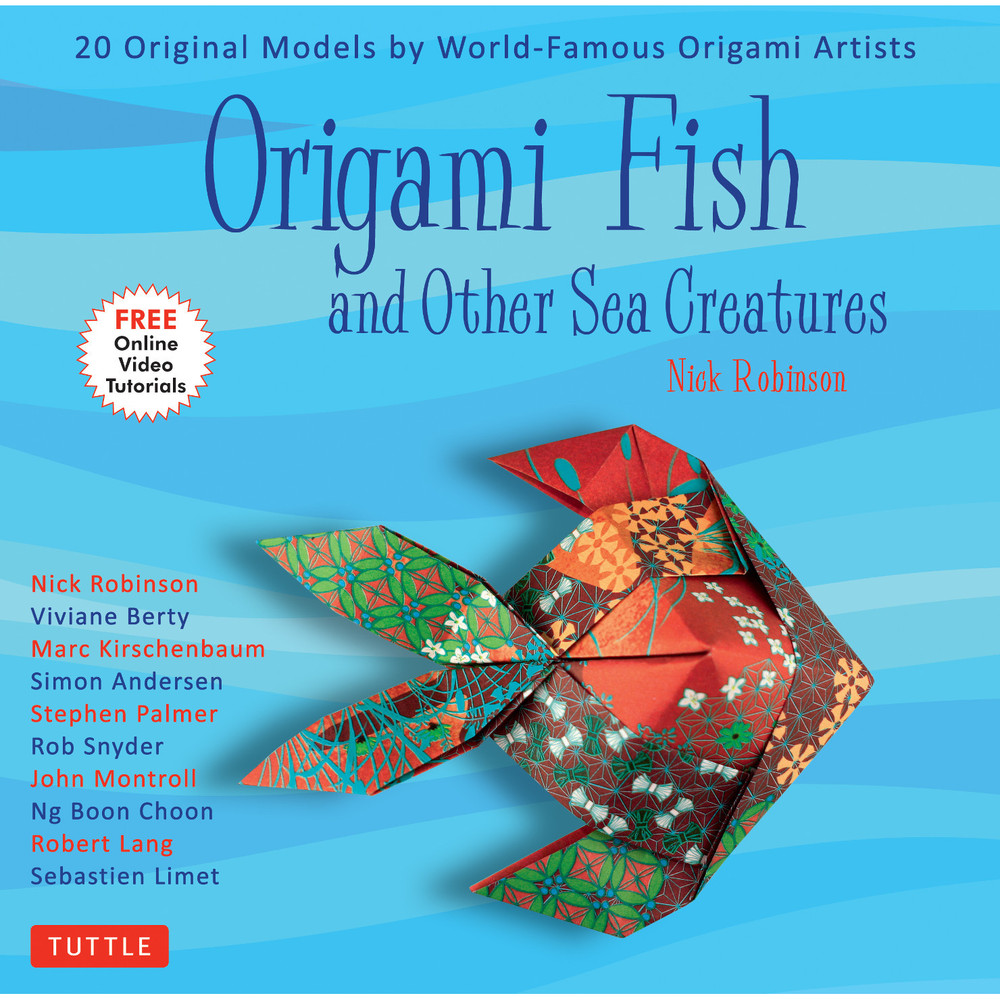 Everything you need to fold a school of 60 origami fish!

Origami Fish and Other Sea Creatures Kit presents this collection of 20 delightfully fishy designs by some of the world's most famous origami artists including Robert Lang, John Montroll, Marc Kirschenbaum, Steven Palmer, Rob Snyder, Viviane Berty and many others. The book's diagrams and instructions accompanied with the step-by-step videos are detailed enough for even origami beginners to have the guidance needed to create a virtual aquarium full of beautiful paper fish.

This origami kit includes everything you need to get started: Give as gifts to family and friends, or decorate your home or office with these 20 original designs, including:


About the Author:
World-renowned origami artist and author Nick Robinson has been folding paper since the early 1980s and has been a member of the British Origami Society for over 25 years. In 2004 he was awarded a medal by the society--the highest award the society can offer. He is a frequent speaker and guest exhibitor at origami conventions around the world. Nick has authored over 60 origami books and lives in Sheffield, England.