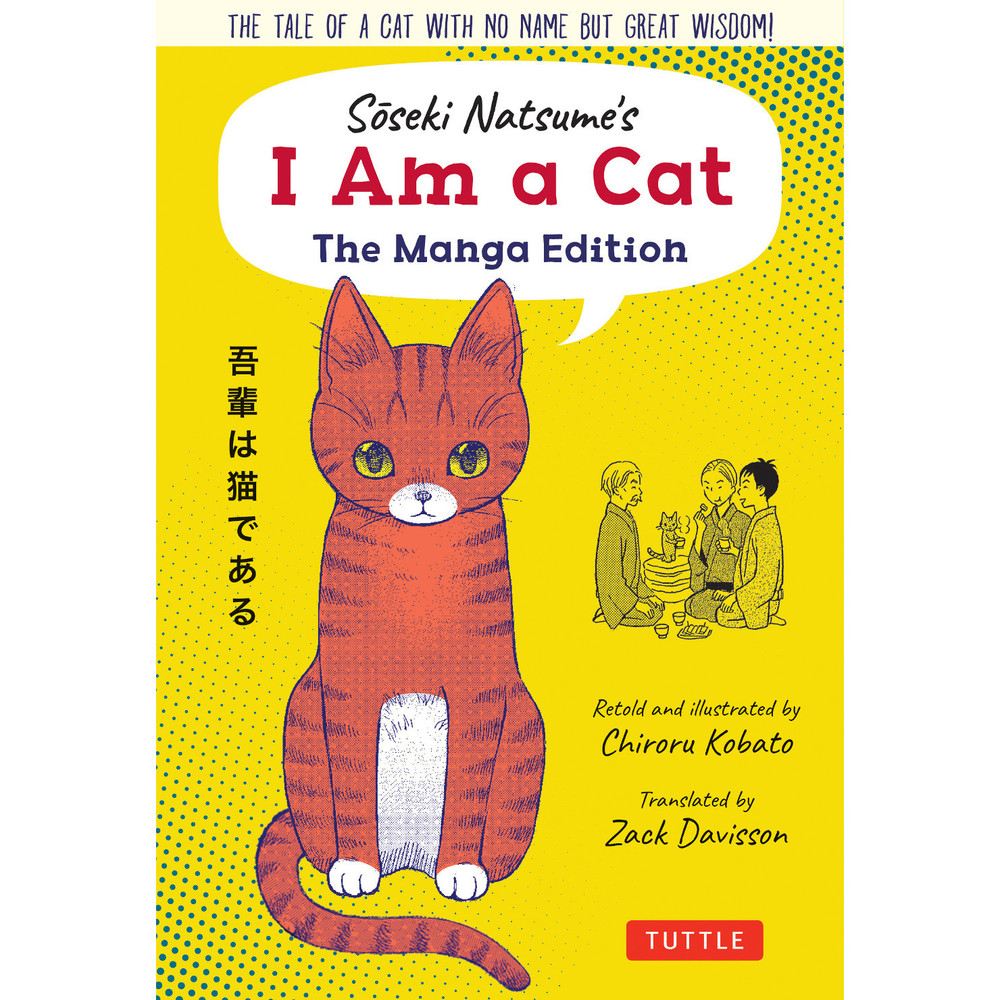 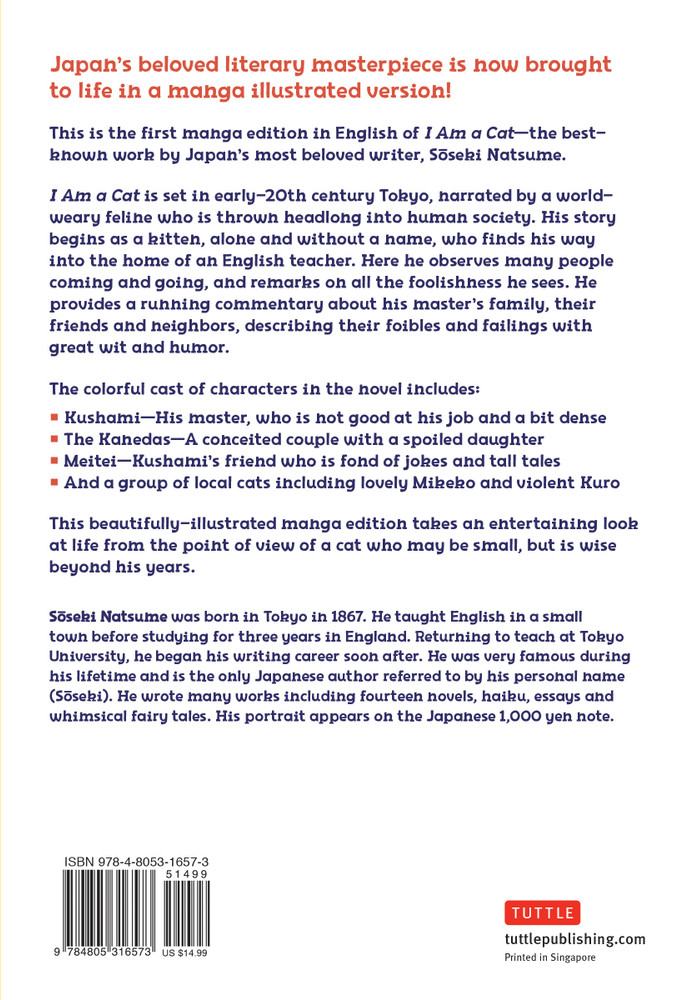 Soseki Natsume's comic masterpiece, I Am a Cat, satirizes the foolishness of upper-middle-class Japanese society in early 20th century Tokyo. Written with biting wit and sardonic perspective, it follows the whimsical adventures of a rather cynical stray kitten. He finds his way into the home of an English teacher, where his running commentary on the follies and foibles of the people around him has been making readers laugh for more than a century.

This is the very first manga edition in English of this classic piece of Japanese literature. The story lends itself well to a graphic novel format, allowing readers to pick up on the more subtle cues of the expressive cat, while also being immersed in the world of his perceptive narration. It is true to classic manga form, and is read back to front.

The cast of characters includes:
Beautifully illustrated by Japanese artist Chiroru Kobato, this edition provides a visual, entertaining look at a unique period in Japan's history--filled with cultural and societal changes, rapid modernization and a feeling of limitless possibility--through the eyes of an unlikely narrator.


About the Author:
Soseki Natsume (1867-1916) is considered the most significant writer in modern Japanese history (he is sometimes called "the Japanese Mark Twain"). Soseki was born in Tokyo and, upon graduating from Tokyo University, worked as an English teacher in a small provincial town. He was sent to London for three years by the Japanese government in 1900 on the first English literary scholarship, where he developed a love for Shakespeare and Dickens. Returning to take up a position at Tokyo University, Soseki began his writing career with Botchan, one of his most famous works, along with I Am a Cat and Kokoro. He is the only Japanese author referred to by his personal name (Soseki) and not his family name (Natsume), and his image appears on the Japanese 1,000 yen note.

Zack Davisson is an award-winning translator, writer, and folklorist. He is the author of books like Kaibyo: The Supernatural Cats of Japan, Yurei: The Japanese Ghost, and Yokai Stories, and the translator of books like Soseki Natsume's I Am a Cat and Shigeru Mizuki's multiple Eisner Award-winning Showa: a History of Japan. In addition, his comic work includes Demon Days: X-Men from Marvel, Wayward from Image, and The Art of Star Wars Visions from Dark Horse. He has lectured on manga, folklore, and translation at numerous colleges and contributed to exhibitions at numerous museums. He currently lives in Seattle, WA with his wife Miyuki, dog Mochi, cat Shere Khan, and several ghosts.