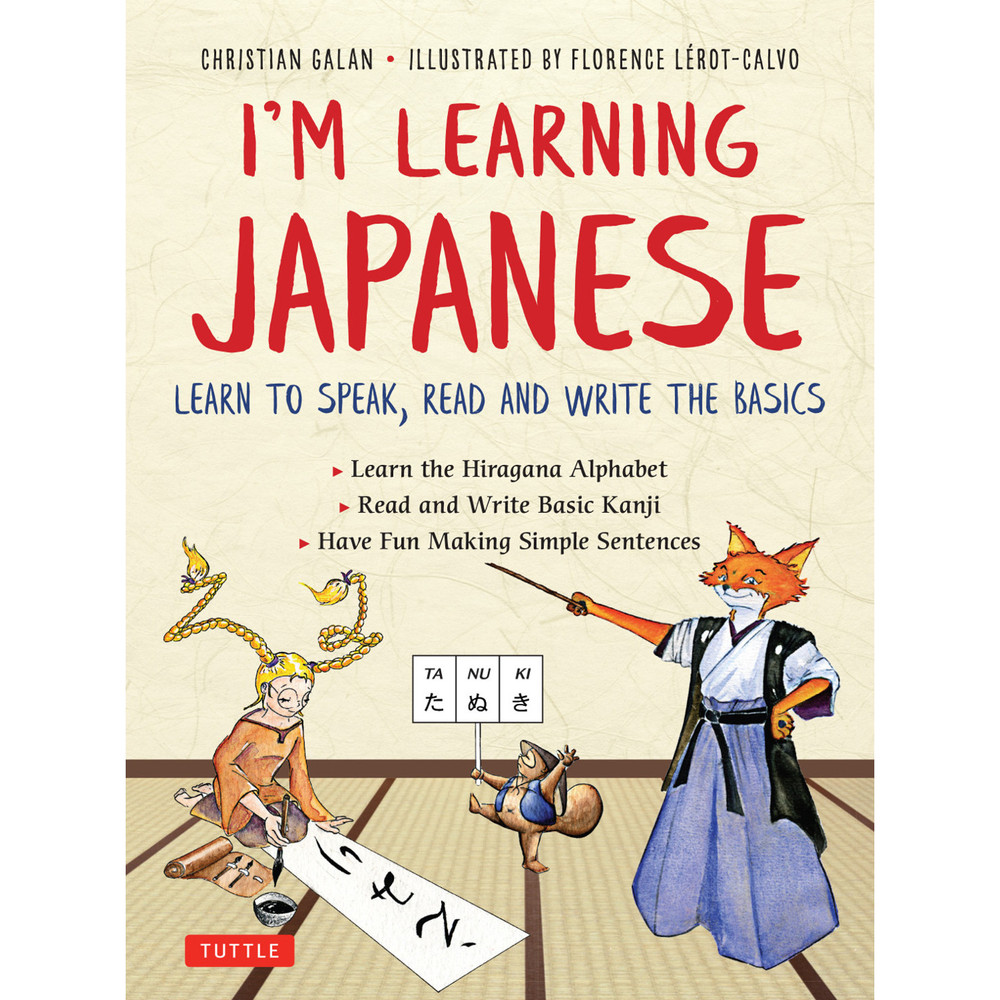 I'm Learning Japanese! takes a lighthearted approach to the Japanese language by using fun anime-style manga characters to teach Japanese. The book starts out with the main characters, Emily, Nico and Teo sitting on the grass after school, minding their own business, when--unbelievable!--a giant talking fox dressed in a kimono appears. Explaining that he knows magic, speaks many languages and is respected as a sensei master, he wonders if the three kids are ready to learn Japanese from him.

During the next 128 amusing pages, the three friends learn to speak, read and write Japanese, while also taking breaks to try Japanese hot-spring baths, sumo wrestling, Zen meditation and more. Focusing on exactly what the 9 to 14-year-old learner wants to know, this book is carefully set up to allow them to learn Japanese independently, at their own speed, without an adult's help.

Though fun and lighthearted, this book is incredibly practical as well. By the end, students will master reading and writing the entire Hiragana alphabet, Japanese sentence structure and 23 key Kanji characters.


About the Author:
Christian Galan is head of the Japanese department at the University of Toulouse le Mirail and is a researcher at the Centre d'Etudes Japonaises in Paris, part of the National Institute of Asian Languages and Civilizations (Inalco). His specialties are the Japanese educational system and Japanese language teaching. He is the author of several language resources for Japanese teachers.