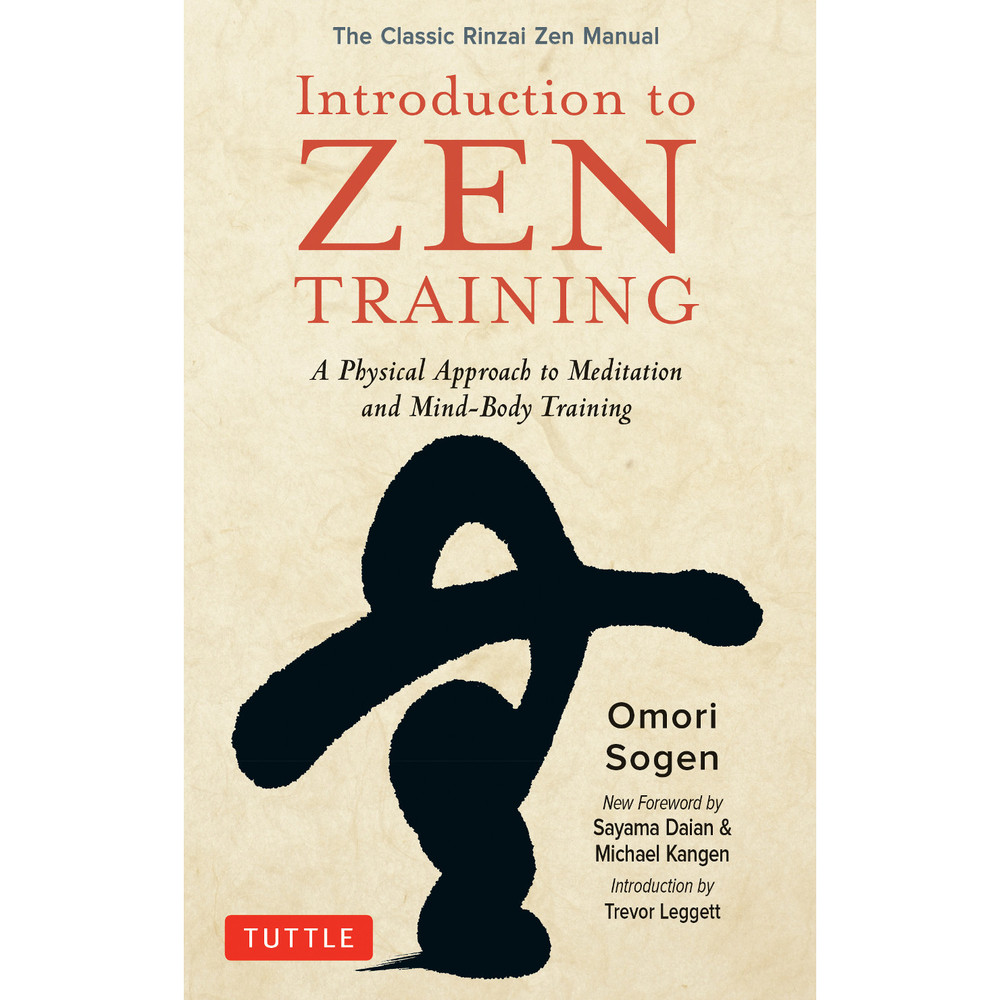 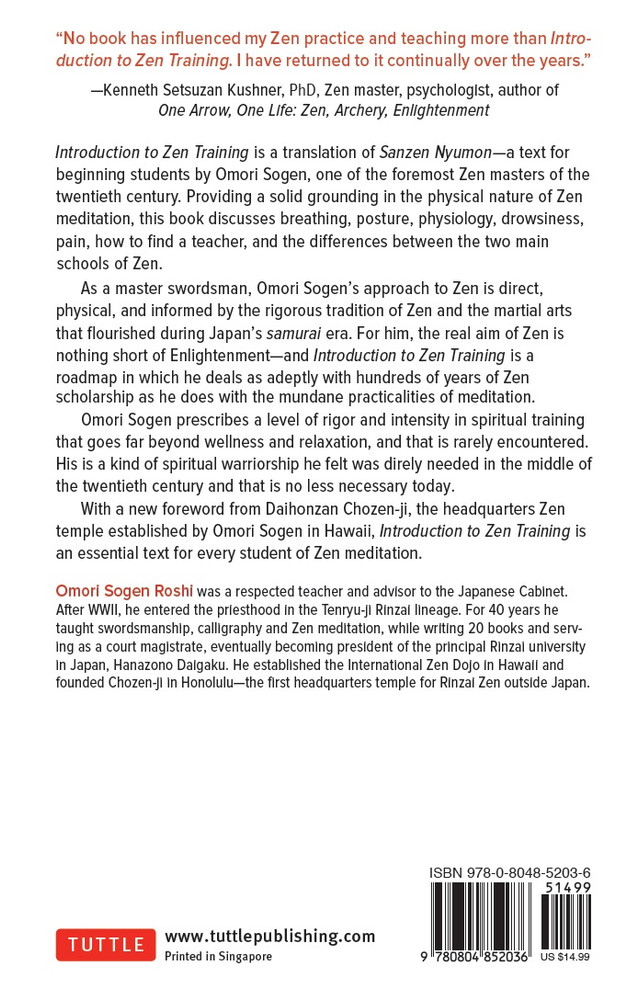 Introduction to Zen Training is a translation of the Sanzen Nyumon, a foundational text for beginning meditation students by Omori Sogen--one of the foremost Zen teachers of the twentieth century.

This book addresses many of the questions which arise when someone first embarks on a journey of Zen meditation--ranging from how long to sit at one time to how to remain mindful when not sitting--and it concludes with commentaries on two other fundamental Zen texts, Zazen Wasen (The Song of Meditation) and the Ox-Herding Pictures.

Written to provide a solid grounding in the physical nature of Zen meditation training, this text delves into topics such as:As a master swordsman, Omori Sogen's approach to Zen is direct, physical, and informed by the rigorous tradition of Zen and the martial arts that flourished during Japan's samurai era. For him, the real aim of Zen is nothing short of Enlightenment--and Introduction to Zen Training is a roadmap in which he deals as adeptly with hundreds of years of Zen scholarship as he does with the mundane practicalities of meditation.

Sogen prescribes a level of rigor and intensity in spiritual training that goes far beyond wellness and relaxation, and that is rarely encountered. His is a kind of spiritual warriorship he felt was direly needed in the middle of the twentieth century and that is no less necessary today.

With a new foreword from Daihonzan Chozen-ji, the headquarters Zen temple established by Omori Sogen in Hawaii, this book is an essential text for every student of Zen meditation.


About the Author:
Omori Sogen (1904-1994) was a respected teacher and advisor to the Japanese Cabinet. After WWII, he entered the priesthood in the Tenryu-ji Rinzai lineage. For 40 years he taught swordsmanship, calligraphy and Zen meditation, while writing 20 books and serving as a court magistrate, eventually becoming president of the principal Rinzai university in Japan, Hanazono Daigaku. He established the International Zen Dojo in Hawaii and founded Chozen-ji in Honolulu--the first headquarters temple for Rinzai Zen outside Japan.

Michael Kangen is the head priest of Chozen-ji Zen Temple. He has trained at Chozen-ji since 2003, receiving inka from Sayama Daian in 2019. Beyond Zazen, his Zen training has included Kendo, shakuhachi, Hitsuzendo and Hojo.

Introduction by:
Trevor Leggett is author of A First Zen Reader, Zen and the Ways and many other books on Zen, Taoism and Asian philosophy.