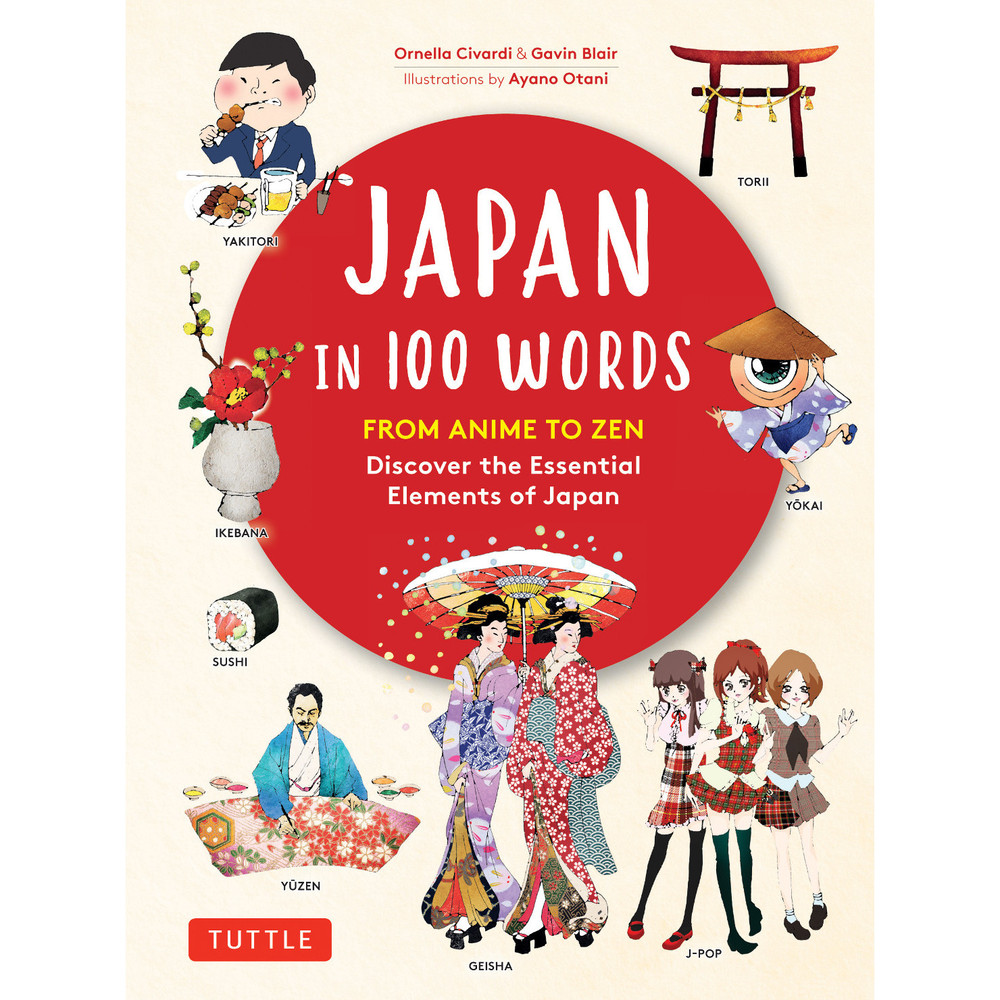 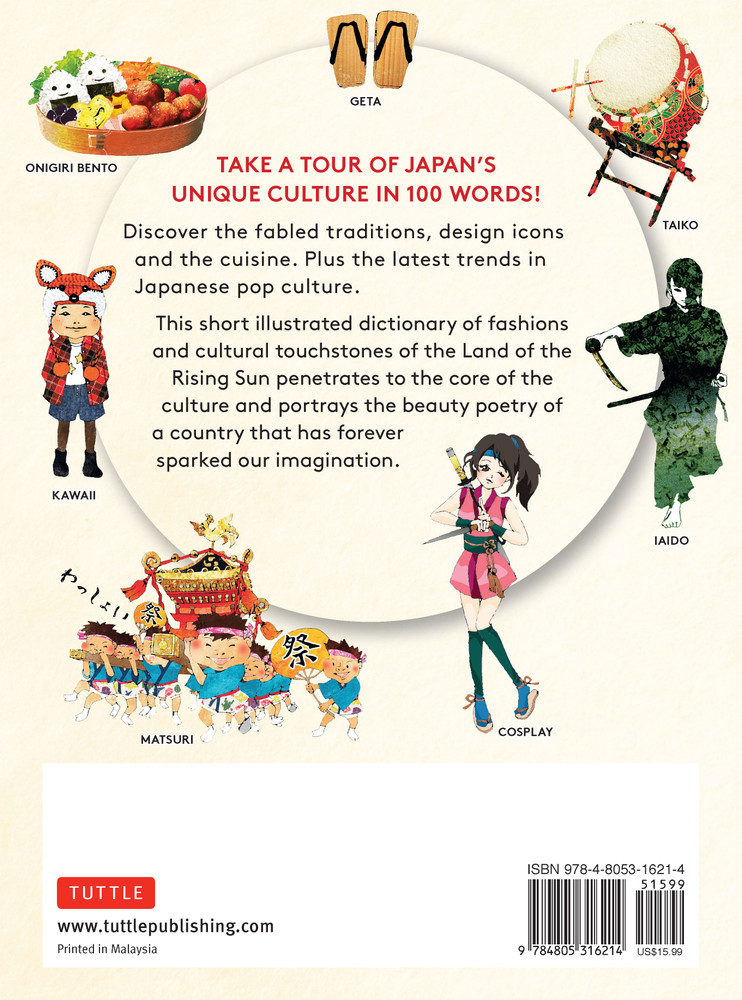 As its title suggests, this book captures the essence of Japanese life and culture in 100 words. From well-known concepts like zen, kawaii and anime to their lesser-known counterparts waiting to be discovered by the West, Japan in 100 Words covers it all.

Readers will learn more about:
The beautiful full-color illustrations bring these ideas, places and objects to life—making it the perfect addition to any Japanophiles library or a fun and useful introductory guide for a first-time visitor to Japan.


About the Author:
Ornella Civardi has translated and edited the works of celebrated Japanese writers and poets, such as Yukio Mishima, Yasunari Kawabata, Junzaburo Nishiwaki and Y?ko Ogawa. She has a degree in Oriental Languages and Literature from the Ca' Foscari University of Venice, with her thesis focused on Japanese literature. In 2005 she won a prestigious award, the Alcantara Prize, for her translation of Kawabata's Racconti in un palmo di mano (Palm-of-the-Hand Stories).

Gavin Blair has spent nearly two decades as a writer and journalist in Japan. He covers the Japanese entertainment industry for The Christian Science Monitor and The Hollywood Reporter, and reports on Japan for France 24 TV, CBC/Radio-Canada, Al Jazeera, BBC Radio and several other media outlets. He authored Giappone – La vita in zen (Zen in Japanese Culture) (NuiNui)—a visual journey through Zen's influence on all aspects of Japanese life.

Ayano Otani is a Japanese artist and author. She has exhibited her works in pencil, watercolor and paper creations throughout Asia and Europe and has also collaborated with several European fashion designers. With NuiNui she published I Bakedanuki e i fantasmi giapponesi (The Bakedanuki and the Japanese Ghosts), a fairy tale inspired by Japanese folklore.