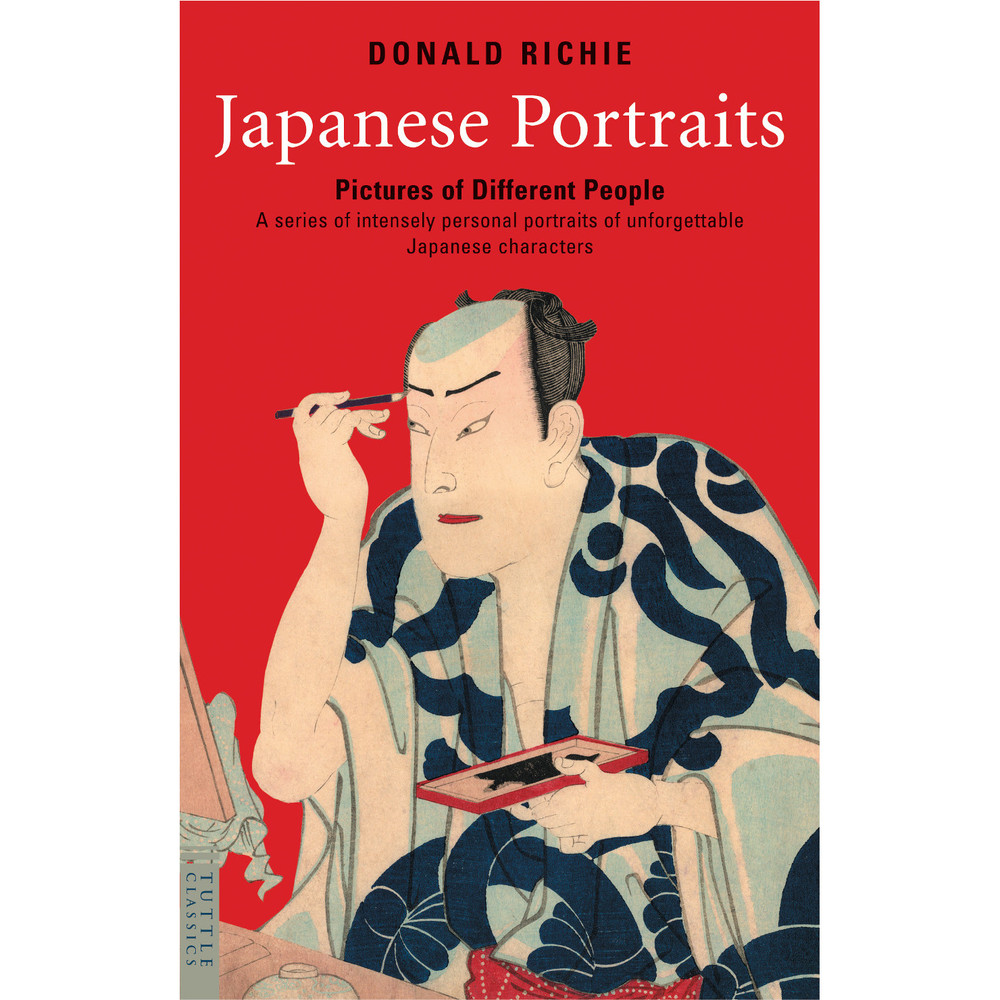 Longtime resident of Japan and Japanese culture expert Donald Richie shares his private recollections, capturing the personalities of the Japanese people with insight and humor.

Informed by Richie's background in film, this extensive collection of brief written "portraits" expertly captures the personalities of 54 different Japanese people --some of whom are famous, some notorious, and some unknown. Japanese Portraits presents one author's vision of Japanese culture and etiquette through precise, intimate profiles of both the ordinary and extraordinary people that make up this diverse nation.

This collection of individual vignettes presents a view of the Japanese that is entirely unhindered by the various theories about them, and about culture in Japan as a whole. Richie writes, "I am writing about people, not 'a people;' a series of portraits of certain Japanese I have known personally, each of whom, being human, is unique."

The book depicts Japanese people as complicated, simple, inscrutable, and understandable, like anyone else, yet still individual.

In these 54 pieces, you'll meet some household names -- Mishima, Kawabata, Mifune, Kurosawa -- as well as little-known neighborhood figures: the would-be geisha, the ex-boxer turned gangster, the scheming bar madame, and the elderly man dying alone. Among the dozens of others profiled, there are individuals who have in common the fact that they knew the author, and that -- fortunately for us &8212; he knew them.
br>These highly personal reminiscences form one of the most original and deeply-felt books on Japanese culture ever to appear.


About the Author:
Donald Richie is perhaps best known as the leading Western authority on the Japanese film and has lived in Japan since 1947. Author of the definitive works on Kurosawa and Ozu, his most recent is A Hundred Years of Japanese Film. He also writes on other aspects of Japan and is the author of thirty books and dozens of essays. Richie is especially well-known for his travel memoir The Inland Sea which has been adapted into a popular PBS documentary. His best-known collection is The Donald Richie Reader, which contains 50 years of his writings on Japan.