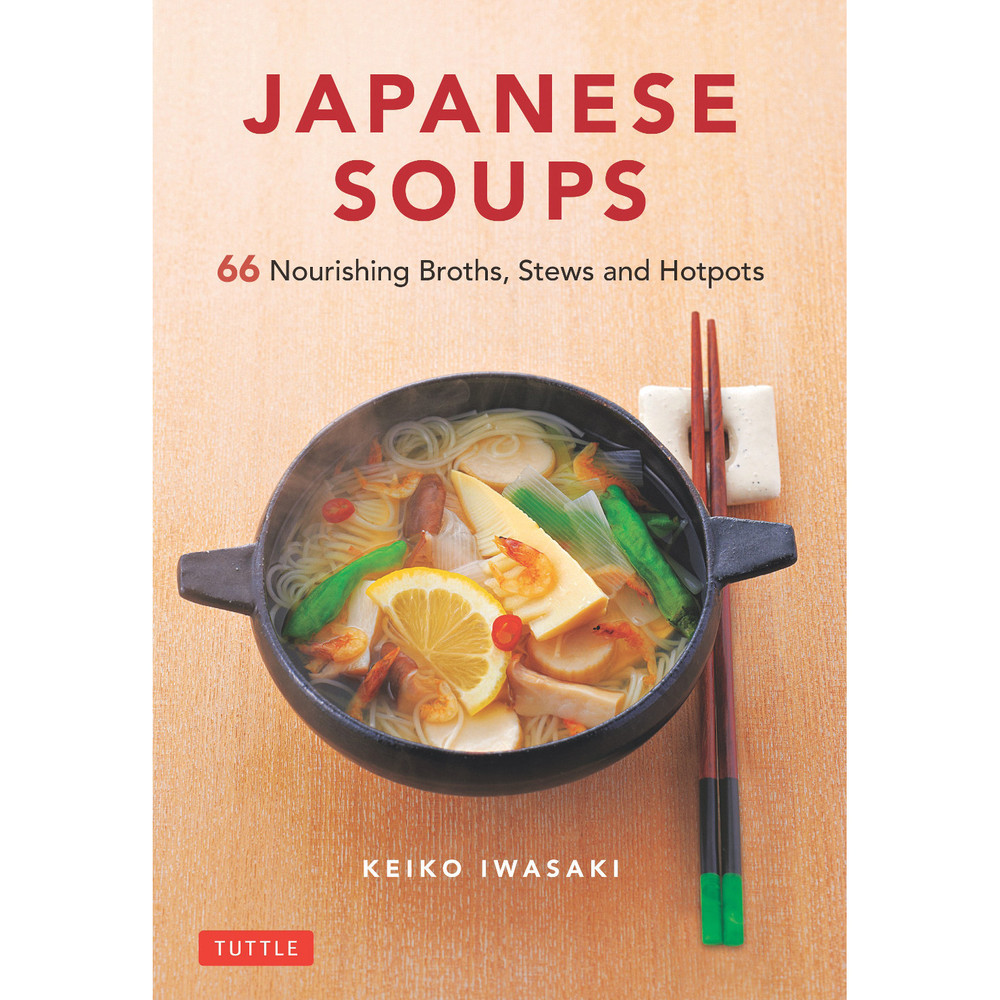 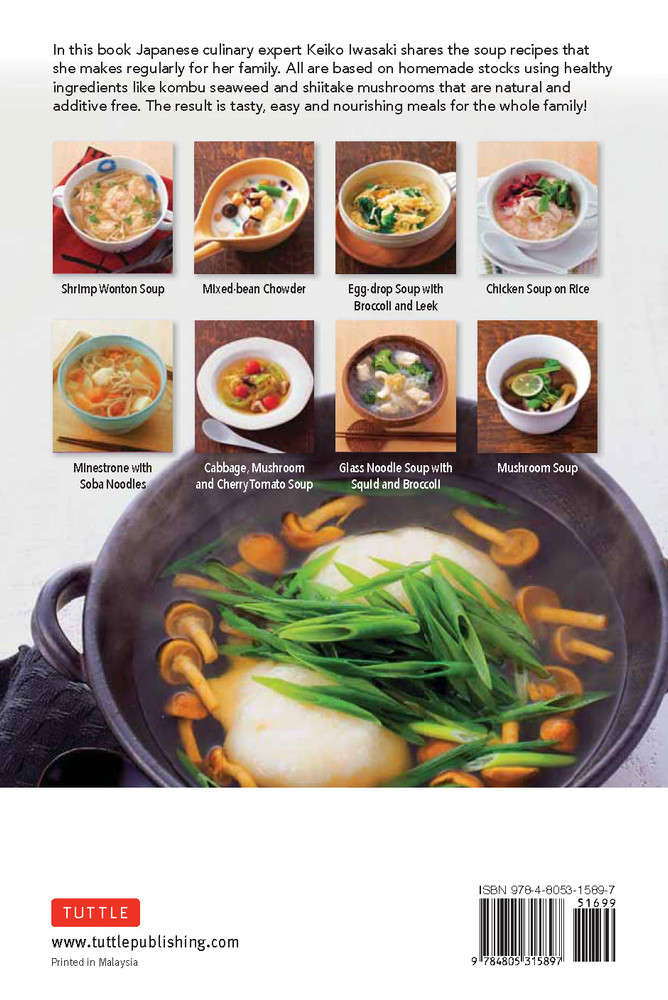 Hearty and healthy recipes straight from an authentic Japanese kitchen!

Soup is an integral part of the traditional Japanese meal—whether a delicate miso soup in a lacquered bowl to be sipped as you eat your rice, or a rich and flavorful broth poured over a noodle dish. In this book, Japanese culinary expert Keiko Iwasaki shares the homemade soup recipes that she makes regularly for her family and friends at home—ranging from filling one-pot meals to light and tasty accompaniments.

Recipes include:
All the soups in this book are made from homemade stocks that use healthy ingredients such as konbu seaweed or shiitake mushrooms, so that they are natural and additive free. The soup recipes themselves are based largely on vegetables, which are combined with seafood and meat to maximize the nutritional balance. They are also low calorie, and naturally gluten free.

One of the main differences between Japanese and Western soups is that Japanese soups are cooked lightly rather than simmered for a long time. By following the recipes in this book, you can quickly and easily rustle up a warm bowl of soup to soothe your soul after a busy day.


About the Author:
Keiko Iwasaki is a popular food writer who has published cookbooks on a wide range of topics, from homestyle to healthy cooking, steaming and more, in her native Japan. Several of her books, including Learning Japanese Home Cooking from Zero, have been translated into foreign languages.