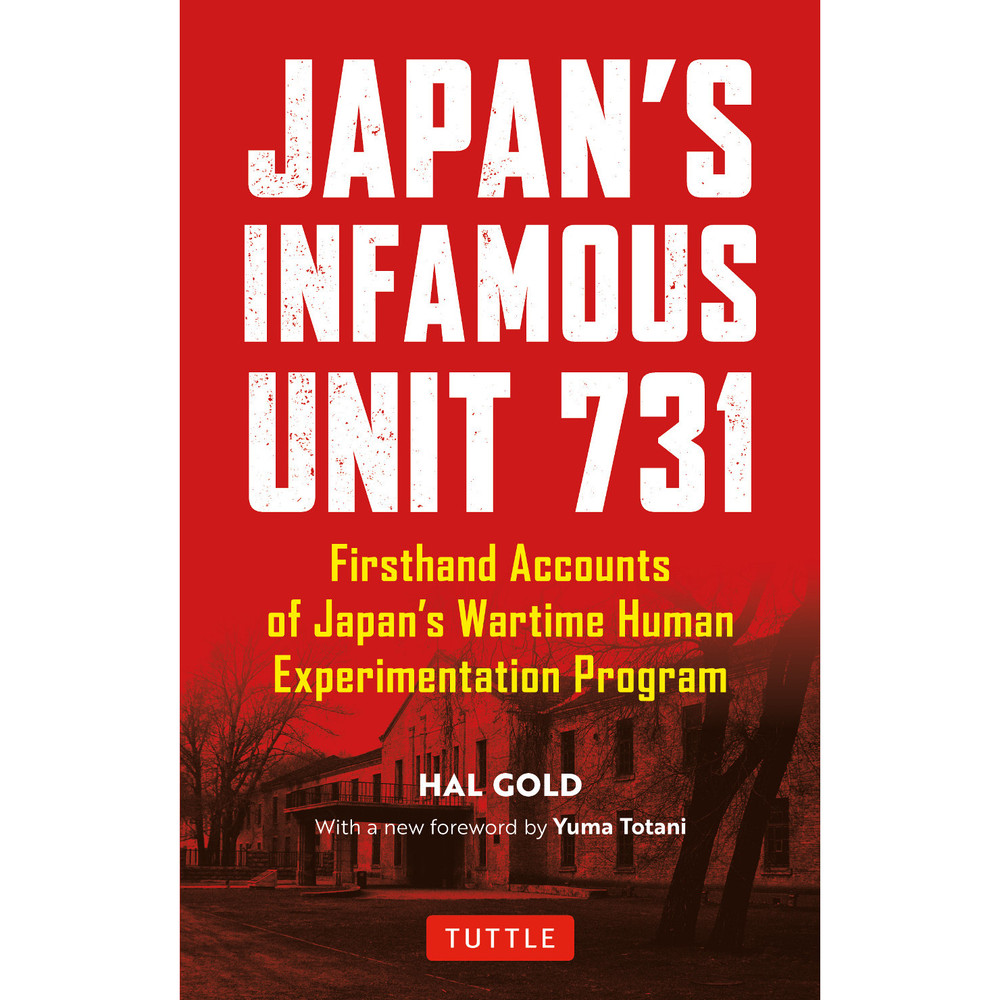 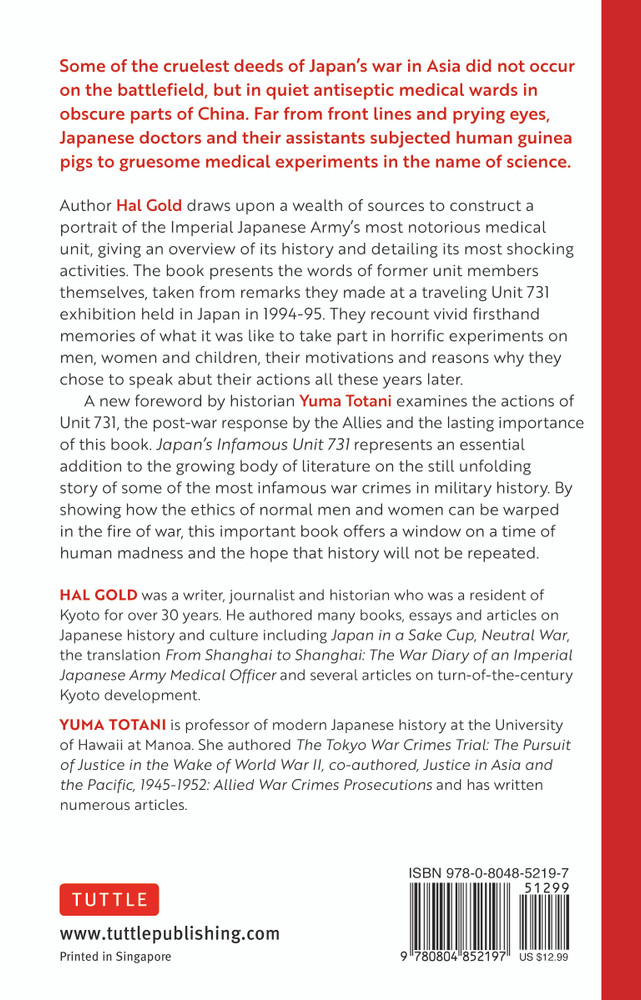 This is a riveting and disturbing account of the medical atrocities performed in China during WWII.

Some of the cruelest deeds of Japan's war in Asia did not occur on the battlefield, but in quiet, antiseptic medical wards in obscure parts of China. Far from front lines and prying eyes, Japanese doctors and their assistants subjected human guinea pigs to gruesome medical experiments in the name of science and Japan's wartime chemical and biological warfare research.

Author Hal Gold draws upon a wealth of sources to construct a portrait of the Imperial Japanese Army's most notorious medical unit, giving an overview of its history and detailing its most shocking activities. The book presents the words of former unit members themselves, taken from remarks they made at a traveling Unit 731 exhibition held in Japan in 1994-95. They recount vivid first-hand memories of what it was like to take part in horrific experiments on men, women and children, their motivations and reasons why they chose to speak about their actions all these years later.

A new foreword by historian Yuma Totani examines the actions of Unit 731, the post-war response by the Allies and the lasting importance of the book. Japan's Infamous Unit 731 represents an essential addition to the growing body of literature on the still unfolding story of some of the most infamous war crimes in modem military history. By showing how the ethics of normal men and women, and even an entire profession, can be warped by the fire of war, this important book offers a window on a time of human madness and the hope that history will not be repeated.


About the Author:
Hal Gold (1929-2009) was a writer, journalist and historian who was a resident of Kyoto for over 30 years. He wrote many books, essays and articles on Japanese history and culture including Japan in a Sake Cup, Neutral War, the translation From Shanghai to Shanghai: The War Diary of an Imperial Japanese Army Medical Officer and several articles on turn-of-the-century Kyoto development.