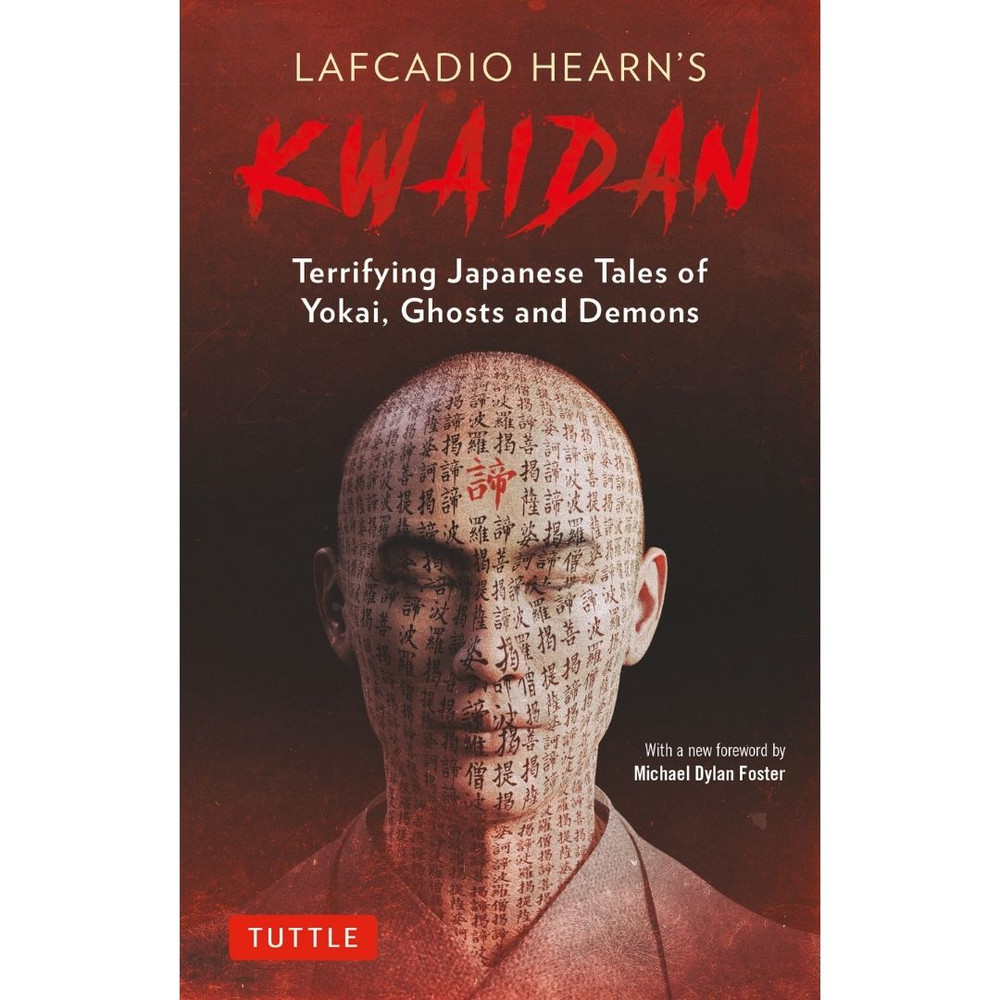 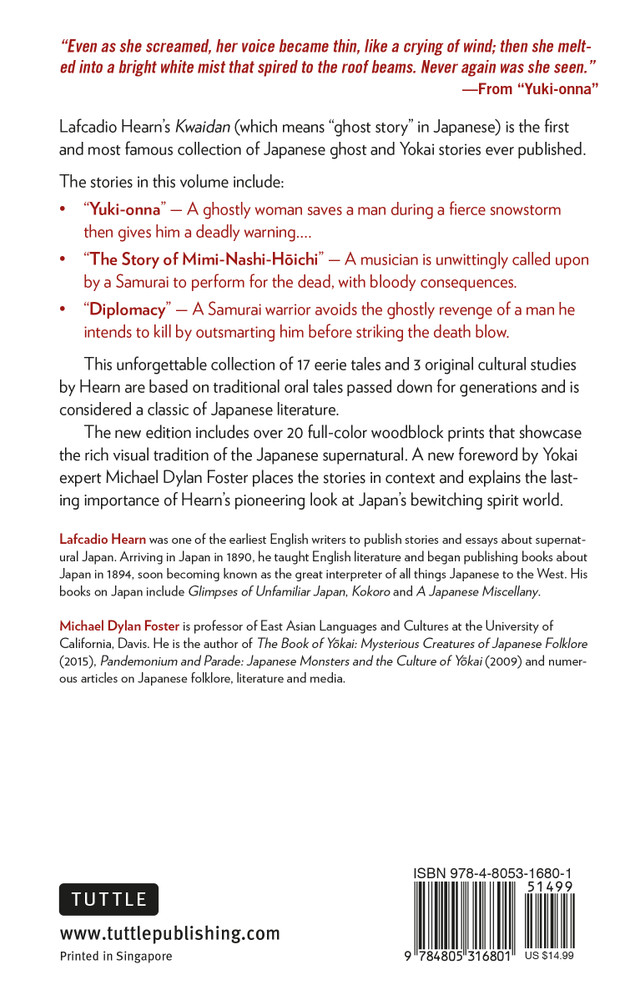 "Even as she screamed, her voice became thin, like a crying of wind; then she melted into a bright white mist that spired to the roof beams. Never again was she seen."

Lafcadio Hearn's Kwaidan (which means "ghost story" in Japanese) is the first and most famous collection of Japanese yokai stories ever published. This unforgettable collection of 17 eerie tales and 3 original cultural studies by Hearn are based on traditional oral tales passed down for generations. They are fresh reminders of the dark and mysterious corners of the Japanese psyche, from popular representations in anime, manga and video games to Masaki Kobayashi's Oscar-nominated horror film Kwaidan.

This new edition includes over 20 full-color woodblock prints that showcase the rich visual tradition of Japanese Yokai. A new foreword by Michael Dylan Foster, the leading Western expert on Yokai literature, places the stories in context and explains the lasting importance of Hearn's pioneering look at Japan's bewitching spirit world.

The stories in this volume include:Hearn is the best-known early Western interpreter of Japanese culture and was particularly interested in tales of the supernatural. He eagerly gathered "delicate, transparent, ghostly sketches" in his adopted land and translated them with gusto. His English versions were translated back into Japanese and are considered classics of Japanese literature to this day--eagerly devoured by Japanese school children.


About the Author:
Lafcadio Hearn (1850 - 1904) was one of the earliest English writers to publish stories and essays about supernatural Japan. He arrived in Japan in 1890 and fell in love with the country and its people. He married a samurai's daughter, became a Japanese citizen and a Buddhist, and changed his name to Koizumi Yakumo. He taught English literature at various schools and began publishing books about Japan in 1894, soon becoming known as the great interpreter of all things Japanese to the West. His fourteen books on Japan include Glimpses of Unfamiliar Japan, Kokoro, and A Japanese Miscellany.

Michael Dylan Foster is professor of East Asian Languages and Cultures at the University of California, Davis. He is the author of The Book of Yokai: Mysterious Creatures of Japanese Folklore (2015), Pandemonium and Parade: Japanese Monsters and the Culture of Yokai (2009) and numerous articles on Japanese folklore, literature, and media.