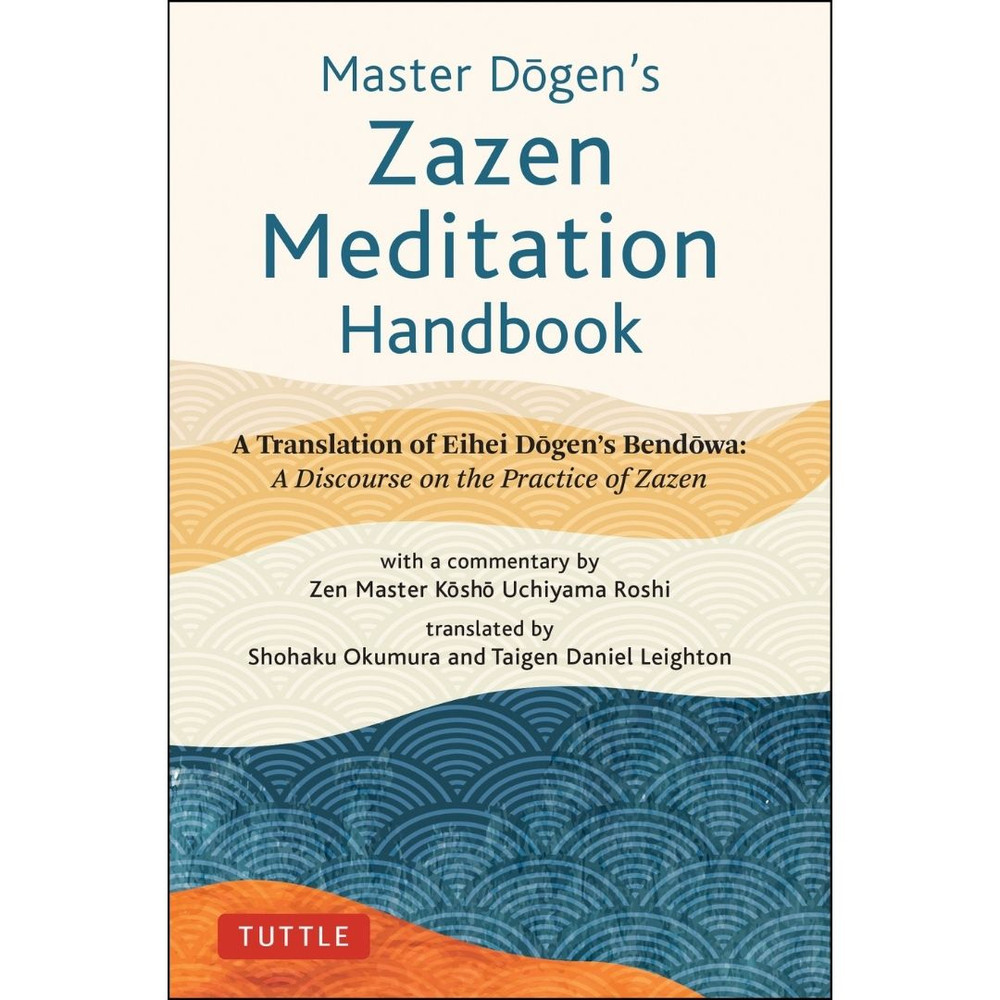 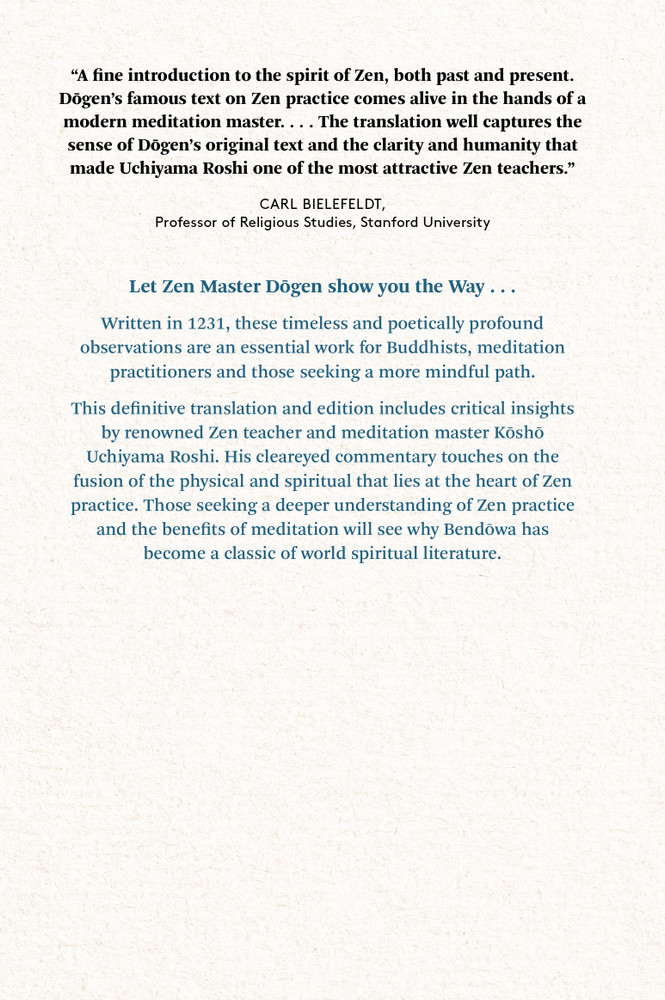 This is the definitive English translation of a foundational work of Zen Buddhism--the Bendowa ("On the Endeavor of the Way") by Eihei Dogen, founder of the Soto school of Zen in Japan.

Written in 1231, it contains the master's essential teachings on zazen, or seated meditation, which is the fundamental pathway to Buddhist enlightenment. The first part of the book introduces the notion of "wondrous dharma" and looks at the role of the individual to society and notions of time and interconnection. The second part of the work is cast in the form of a dialogue, the Q&A format offering answers to questions a Zen novice might pose regarding the paths to enlightenment:What sets this edition apart are the contemporary insights by modern Zen master Kosho Uchiyama Roshi, which tackle some of the difficulties readers face in comprehending Dogen's guidance and demystify some of the terms and concepts central to an understanding of zazen practice and Buddhist philosophy. He discusses the notion of dharma as presented in the text and looks at Buddhist thought through the lens not of abstraction, but in terms of its concrete realities.


About the Author:
Eihei Dogen (1200-1253) was the founder of the Soto Zen school in Japan. A prolific writer, his masterwork, the 95-chapter Treasure of the True Dharma Eye (Shobogenzo)--of which Bendowa comprises the opening chapter--is considered one of the seminal works in Buddhist literature and a classic among religious and spiritual writings.

Kosho Uchiyama Roshi (1912-1998) was one of the great Zen masters of the twentieth century. A Soto priest, origami master and abbot of Antai-ji temple near Kyoto, he was the author of more than 20 books on Zen Buddhism and origami, including the classic work Opening the Hand of Thought: Foundations of Zen Buddhist Practice.

Shohaku Okamura is a priest and dharma successor of Kosho Uchiyama Roshi. He has practiced at Antai-ji and Zuio-ji temples in Japan; the Pioneer Valley Zendo in Massachusetts and the Kyoto Soto Zen Center. His previously published books are: Dogen's Pure Standards for the Zen Community: A Translation of "Eihei Shingi"; Opening the Hand of Thought; Shikan Taza: An Introdution to Zazen; "Shobogenzo Zuimonki": Sayings of Eihei Dogen Zenji; Dogen Zen; and Zen Teaching of "Homeless" Kodo. Okamura Sensei, formerly head teacher at the Minnesota Zen Meditation Center, is currently the director of the North American Soto School in Los Angeles.

Taigen Daniel Leighton is a priest in the lineage of Shunryu Suzuki Roshi. He has practiced at the New York and San Francisco Zen Centers, was head monk at Tassajara Zen Mountain Center and practiced for two years in Japan. He is co-translator of Cultivating the Empty Field: The Silent Illumination of Zen Master Hongzhi; Dogen's Pure Standards for the Zen Community: A Translation of "Eihei Shingi"; and Moon in a Dewdrop: Writings of Zen Master Dogen; and is the author of Bodhisattva Archetypes: Classic Buddhist Guides to Awakening and Their Modern Expression. He currently teaches at the Green Gulch Farm Zen Center in Muir Beach, California and at the Institute of Buddhist Studies at the Berkeley Graduate Theological Union.